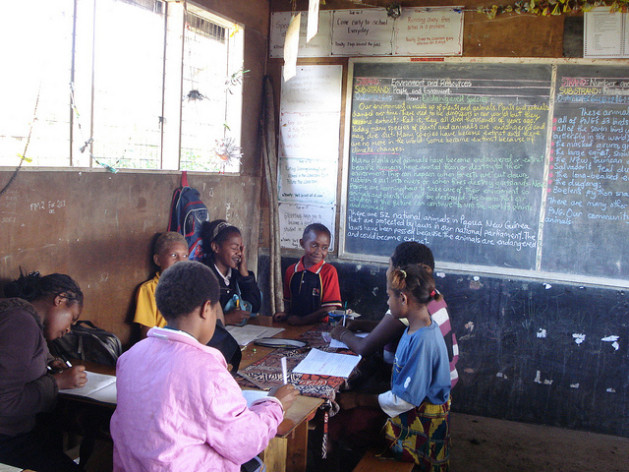 WASHINGTON, Sep 17 2013 (IPS) - Nearly 350 international civil society organisations are urging countries taking part in new negotiations towards an agreement on “trade in services” to abandon the effort, warning that the accord would negatively impact on universal access to and national regulation of public services.

Trade representatives of nearly 50 countries, led by the United States and the members of the European Union, have since last year been engaged in initial discussions on a framework for what is being called the Trade in Services Agreement (TISA). This week, officials meeting in Geneva are marking the beginning of the substantive next phase of talks, with governments now offering their views on individual aspects of any eventual agreement.

“This is not something that will level the playing field for developing economies." -- Deborah James of CEPR

On Monday, 341 national and international organisations, representing hundreds of millions of members, warned that the TISA framework threatens to undermine essential services around the globe. They also worry that the negotiations are pushing anti-regulatory stances that in part led to the recent international financial crisis.

“The TISA negotiations largely follow the corporate agenda of using ‘trade’ agreements to bind countries to an agenda of extreme liberalisation and deregulation in order to ensure greater corporate profits at the expense of workers, farmers, consumers and the environment,” an open letter from the groups, addressed to trade ministers both involved in the TISA negotiations and those not participating, states.

“The world is still recovering from the greatest global economic downturn in nearly a century, facilitated by the extreme deregulation of the financial services industry. It is clear that strong public oversight over services is necessary to ensure that the public interest is prioritised over private profit.”

The groups say the TISA would “move our countries in precisely the wrong direction”. Those supporting the new open letter’s call for a halt to negotiations represent a broad array of pro-poor and development concerns, including labour, water, health and education advocacy groups.

“We have seen no support for this agreement coming the labour, environment, safe communities or consumer side of things,” Deborah James, director of international programmes at the Center for Economic and Policy Research (CEPR), a think tank here, told IPS.

“When you have nobody from that side offering any support whatsoever, you know you have a problem. Instead, this is about taking up the market-access agenda of the richest corporations.”

Of particular concern to critics is the breadth of the talks’ framework. In this case, “services” refers to an extremely broad array of sectors, including education, water and energy provision, health, banking, construction, retail and much more.

Further, unlike previous global trade-in-services agreements, which allowed countries to decide which services they wanted to include and liberalise, initial indications suggest that the TISA would cover nearly all sectors.

Sources within some of the negotiating countries say this could mean 90 percent of all services, according to Public Services International (PSI), a trade-union federation in over 140 countries. That means nearly all aspects of a society’s economy could suddenly be required to be deregulated and opened to foreign competition.

“We believe this deal is about transferring public services into the hands of private and foreign corporations motivated only by profit,” PSI General Secretary Rosa Pavanelli said Monday.

“This will undermine people’s rights and affordable access to vital public services such as healthcare, water and sanitation, energy, education, social services and pensions, and exploit common goods and natural resources.”

Further, it appears likely that clauses will be included that would prohibit any further national-level regulation in those sectors. Critics say that such a “standstill” mechanism would be anti-democratic.

“Strong regulation of and oversight over both public and private services is critical for democracy,” Monday’s open letter states.

“Democracy is eroded when decision-making about important sectors … [is transferred] to unaccountable ‘trade’ negotiators who have shown a clear proclivity for curtailing regulation and prioritising corporate profits.”

The TISA discussions could have particularly negative ramifications for developing economies, potentially exacerbating existing disparities rather than ameliorating them.

“Services is almost always something that advanced economies have a competitive advantage in, wherein most advanced economies are looking to gain access to each others’ and developing markets,” CEPR’s James, an organiser of Monday’s open letter, says.

“This is not something that will level the playing field for developing economies or give them more access to world trade for development purposes – there is no ‘trade for development’ model at work here. This is purely about enriching corporations that advocate for greater access.”

She points out that the make-up of those countries currently negotiating towards a TISA highlight this discrepancy. The vast majority of these countries are members of the Organisation for Economic Cooperation and Development (OECD), the Paris-based grouping of rich countries.

On the other hand, just eight governments currently in the TISA talks represent developing economies, and James says even these tend to skew along established ideological lines.

“Look at the countries from Latin America, for instance – Colombia, Chile, Panama, Peru, these are all countries that already have free trade agreements with the United States,” she says.

“On the other hand, where are the Brazils or Argentinas – the countries that are looking at more regional integration strategies, doing more to rebalance their economies away from export-led growth, looking at more domestic and social spending as a way to grow their economies? None of those are participating.”

While timeframes are always complicated when applied to large-scale trade talks, the organisers of the current TISA discussions are hoping to show substantial progress by the end of this year, when a WTO summit takes place in Indonesia. Thereafter, they suggest that a final agreement could come together as soon as next year.