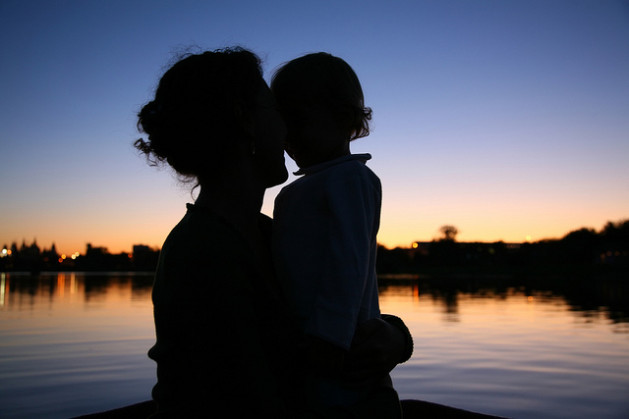 The prevailing impunity has made it impossible to gauge the true dimension of the phenomenon of baby theft in Spain, but even the most conservative estimates put the numbers in the tens of thousands. Credit: Bigstock

BUENOS AIRES, Sep 3 2013 (IPS) - The mystery still surrounding the massive business of stealing and buying babies, practised for decades in Spain by the regime of Francisco Franco (1939-1975), could start to be clarified in courtrooms in Argentina.

“In my country, most of the cases have been shelved, which is why we decided to bring legal action in Argentina,” Soledad Luque from Spain told IPS. Her parents were told that her twin brother Francisco had died shortly after birth, in 1965. But they were never shown his body.

Under the principle of universal jurisdiction, Servini is investigating crimes against humanity allegedly committed during Spain’s 1936-1939 civil war and the Franco era.

Luque and her brother were born in the Maternidad Provincial de O’Donnell maternity hospital in Madrid. Francisco was put in an incubator. But a few days later, the parents were told that he had suddenly died of meningitis.

The family asked for his body, but were told that he had been cremated. However, they were not given his ashes either, Luque said.

Forty-five years later, similar cases began to come to light, and Luque started to investigate what might have happened to her brother. She filed a lawsuit in Madrid in 2010. But in less than a year she was told the case had been shelved because there was no evidence that a crime had been committed.

People in a similar situation, who had received the same message, began to hook up over the social networking sites.

Information gathered from the official records by associations of people affected by the phenomenon of baby theft indicates that between 1960 and 1990 some two million babies were adopted in Spain. And in many cases, payment was involved.

It is difficult to gauge the magnitude of the phenomenon. But legal experts estimate that 15 percent – some 300,000 – of the cases could have involved newborns who were stolen and old to adoptive parents.

The lawsuit in Argentina is focusing on the cases of babies and toddlers seized from women who had taken part in the civil war on the Republican side and were imprisoned under the Franco regime.

According to Luque, around 30,000 babies were stolen up to 1952. “After that, the phenomenon became more difficult to measure,” she said.

The evidence indicates that after that year, the strategy shifted – with the direct participation of institutions of the state and of the powerful Catholic Church – to a focus on poor families with many children, and single mothers.

“Those numbers scare me, but they might actually be underestimates,” Luque told IPS, referring to the estimate of 300,000 stolen babies. “We don’t know, because we have asked the prosecution service to give us the information, but they have not done so.”

In her search for Francisco, Luque created the Asociación Todos los Niños Robados Son También Mis Niños (the “all stolen children are also my children” association). On Monday, she testified in representation of her organisation and eight others that are seeking information about hundreds of missing babies.

There are many other associations of families affected by the phenomenon in Spain, but not all of them agree that the cases fit in the category of human rights crimes attributed to the Franco regime, Luque said. Many see the theft of babies as common crimes, she explained.

“We belong to the case against Franquismo because we were also its victims,” said the activist, who flew to Buenos Aires with other relatives of missing babies and their attorneys, who include Carlos Slepoy, a human rights lawyer from Argentina who has lived in Madrid for years.

Thousands of lawsuits were filed in Spain, but only one went to trial, against an elderly Catholic nun, María Gómez. She was charged with stealing babies in two maternity hospitals in Madrid, the Santa Cristina and San Ramón. But she died early this year at the age of 87 while the trial was still ongoing.

Slepoy told IPS that the purpose of the visit to Buenos Aires was to “revitalise the original case” against Franco regime crimes, which he said had suffered some setbacks, largely because of the Spanish government’s lack of political will.

The lawsuit in the Argentine capital began to be put together in 2010, when relatives of two victims summarily executed by the Spanish dictatorship filed charges, invoking the principle of universal jurisdiction, and the case began to grow as additional families joined as plaintiffs.

The strategy was a response by human rights organisations in Argentina and Spain to the disbarring of internationally renowned Spanish Judge Baltasar Garzón on charges that he overstepped his jurisdiction when he began to investigate Franco-era human rights crimes.

Garzón had decided to investigate what happened to at least 113,000 victims forcibly disappeared during the civil war and the early years of the Franco regime.

Servini asked the Spanish courts for information. When she was informed that no trials on the human rights crimes were moving forward in Spain, she scheduled a trip to Madrid. But Argentina’s Supreme Court did not approve the expenses involved, so she decided instead to take depositions via videoconference.

Witnesses and plaintiffs were going to give their testimony in the Argentine embassy in Madrid, while the judge questioned them from Buenos Aires.

But a complaint from Spain’s foreign ministry brought the hearings to a halt.

Despite the hurdles, “the lawsuit has made strides,” Slepoy said. “It exists, it has support, and it is the only one in the world investigating Franco-era crimes. That is why it has awakened such high expectations.”

The Spanish delegation received a warm welcome and a wave of support in Buenos Aires.

On Wednesday Aug. 28, the lower house of Congress issued a “strong condemnation of the crimes against humanity committed in Spain by the Franco dictatorship, and of the impunity enjoyed by those responsible.” The statement also expressed support for the legal action in Argentina.

Luque met with the president of the Grandmothers of Plaza de Mayo, Estela Barnes de Carlotto. Her organisation has tracked down nearly one-quarter of the roughly 400 children who were kidnapped as babies along with their parents or born into captivity to political prisoners and stolen during Argentina’s 1976-1983 military dictatorship.

But Luque said it was important to understand the differences between the baby theft in Argentina and in Spain. In Argentina, she noted, many of the stolen children were raised by military couples or other families with links to the dictatorship.

In Spain, meanwhile, “the adoptive families may have committed the crime of paying, but we don’t know if they knew the children had been stolen.”

For that reason, she said, the legal charges do not target the adoptive families, but the network of doctors, priests, nuns, public notaries and judges who allegedly stole babies in clinics and hospitals mainly linked to religious organisations and sold them to couples who could not have children.