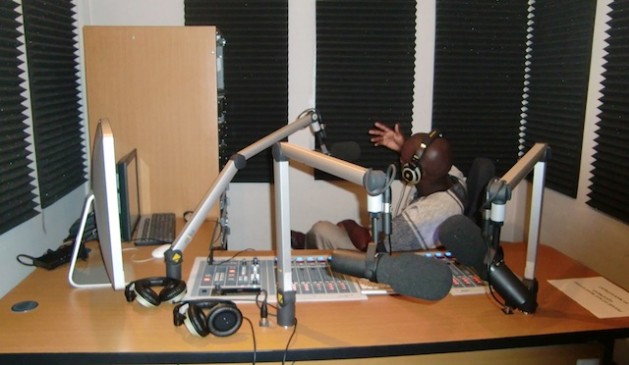 The Zimbabwean media fear that the return of Professor Jonathan Moyo as minister of media and information will lead to increased repression of media freedom here. Credit: Jeffrey Moyo/IPS

HARARE, Sep 13 2013 (IPS) - He is the architect of what critics call Zimbabwe’s most repressive media laws, and the press here anticipate that journalists arrests and media suppression may intensify now that he has been appointed minister of media and information. But Professor Jonathan Moyo has dismissed the concerns and told IPS “journalists had nothing to fear but fear itself.”

“All media under the new constitution is covered and journalists should be ethical in their profession to avoid being caught on the wrong side of the law,” Moyo said soon after he was sworn into office on Sep. 11. He was referring to sections of Zimbabwe’s constitution that allows journalists to seek legal redress.

Moyo previously served in President Robert Mugabe’s cabinet from 2000 to 2005, holding the same post of media and information minister. During that term, he presided over the enactment of  repressive media laws, including the Access to Information and the Protection of Privacy Act (AIPPA), which allows parliament to oversee media operations in the country. He also implemented the Public Order and Security Act, which gives untold power to the police. He was re-appointed to the post and cabinet on Sept. 10, along with a number of other Mugabe loyalists.

But Moyo said that every journalist in this Southern African nation was bound to abide by government laws.

“The media is public; I’m not aware of any private media and if there is any, we don’t intend to involve ourselves with it. But any journalist who deals with public issues and reports on public matters will be part of our engagement as government,” Moyo said.

However, a top leader from the ruling Zimbabwe African National Union-Patriotic Front (Zanu-PF) told IPS that he would not rest until journalists damaging his party’s reputation were brought to book.

“Now it’s the turn for unscrupulous and overzealous, but mostly independent, journalists to face the music after they thrived on peddling falsehoods about our party. The law has to take its course against them,” a senior Zanu-PF politburo member told IPS on the condition of anonymity.

Sources from within the Zimbabwean police recently told IPS that they had begun monitoring the independent media.

“Police from the Law and Order section have stepped up their monitoring of the media in the country, mostly the independent media, because of its customary hostility towards the government,” a top police source in Harare, told IPS.

“They are set to bring to book all mischievous reporters,” added the source.

“The return of Moyo to the information ministry is definitely disastrous and this is a pointer to the fact that Mugabe, knowing Moyo’s historical hostility towards the independent media, wants him to cause mayhem for independent journalists and silence the media,” Tigere said.

The Media Institute of Southern Africa – Zimbabwe director, Nhlanhla Ngwenya, told IPS that: “Moyo will maintain the status quo and repressive media laws will continue without meaningful changes and journalists will continue to be required to seek licenses to practice their profession.”

“Mugabe’s recycling of Moyo and other ministers from the Zanu-PF old guard shows that he has no appetite for reforms or for taking Zimbabwe in a new political direction. Rather, Mugabe appears determined to ensure that, despite the passage of time, all things stay the same,” added Mavhinga.

Freelance journalist, Simbarashe Mapedzamombe, is one of the reporters here who is fearful for the independent media.

“Police are said to be manning our operations; media freedom here is clearly under siege and we have become suspicious of strangers visiting our offices these days,” Mapedzamombe told IPS, adding that journalists were unsure of the motives of the police.

The current situation is compounded by the fact that earlier this month the Southern African Development Community (SADC) called for the closure of foreign radio stations in the region, particularly in Zimbabwe.

On Sep. 2, Bernard Membe, head of the SADC Election Observer Mission, in a final report of Zimbabwe’s Jul. 31 elections, said foreign radio stations broadcasting in the country and the region should cease operations, as they were biased along political party lines.

There are approximately four Zimbabwean radio stations based outside the country, including Short Wave Radio Africa and Radio Voice of the People, which are based in the United Kingdom, and Studio 7, which is in the United States.

“We are delighted that we and SADC have a common position and that none of the [SADC] members would allow the abuse of our territories to broadcast propaganda against us,” he said.

But rights groups here have cautioned that the arrests of independent reporters and incidents of human rights abuses were set to escalate if foreign radio stations broadcasting in Zimbabwe were shut down, as they currently expose rights abuses.

“This will definitely result in the escalation of rights abuses and rampant arrests of mostly freelance journalists here in the absence of critical radio stations,” Owen Dliwayo, programmes officer for the Youth Dialogue Action Network, a local democracy lobby group, told IPS.