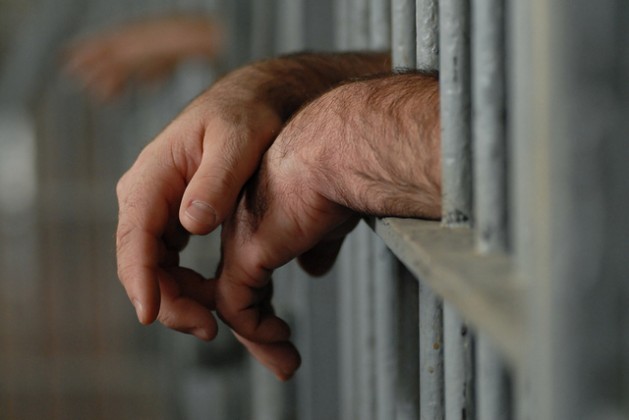 Mandatory minimum sentencing has contributed to the acute spike in the prison population in recent decades. Credit: Bigstock

WASHINGTON, Feb 12 2014 (IPS) - U.S. Attorney General Eric Holder and several key Republican and Democrat senators agree on the need for criminal justice reform, and some are now even seeking to restore voting rights to former felons.

“There is no rational reason to take away someone’s voting rights for life just because they committed a crime, especially after they completed their sentencing,” Holder said Tuesday at a symposium here. “There’s evidence to suggest that former prisoners whose voting rights are restored are significantly less likely to return to the criminal justice system.”

“In my state, one in three young black men are unable to vote because of a felony conviction – and they never get it back.” -- Kentucky Senator Rand Paul

The attorney general referenced statistics indicating that a third of former criminals who regained their right to vote did not commit repeat offences. Holder also traced the existence of laws barring felons from voting back to the period following the U.S. Civil War, when southern states aggressively sought to keep African Americans from voting.

“Many southern states enacted disenfranchisement schemes to specifically target African Americans,” Holder said. “In 1890, 90 percent of the prison population was black and those swept up in the system could not vote.”

Holder and others say the effects of these policies persist today, as the U.S. system continues to disproportionately affect African Americans.

Mauer argues that the implication goes well beyond those in prison. Disenfranchisement, he says, dilutes the electoral power of minority communities, who remain disproportionately represented in the criminal justice system.

Also on Tuesday, Senator Rand Paul, a Republican, agreed with Holder’s assessments on criminal disenfranchisement. He said he is seeking to restore the right to vote for former felons in his home state of Kentucky.

“In my state, one in three young black men are unable to vote because of a felony conviction – and they never get it back,” Paul said. “I’m also in favour of giving back people the right to vote in my state.”

In 1974, a case before the U.S. Supreme Court challenged the constitutionality of disenfranchising former felons. But while many legal scholars disagreed with the ruling, the justices upheld the right of states to enact criminal disenfranchisement laws.

“There have been a number of state-level challenges in recent years to various aspects of the law,” the Sentencing Project’s Mauer said. “But at the moment, most of the reform will have to take place on a state-by-state basis.”

While many highlight the importance of restoring voting rights to former felons, the main thrust of a fast-growing bipartisan push for criminal justice reform is geared at reducing the overcrowded U.S. federal prison population, which has undergone an 800-percent increase since 1980, exacting a huge toll on taxpayers.

On Tuesday, Republican Senators Paul and Mike Lee, alongside Democrat Senator Sheldon Whitehouse, voiced their support for the Smarter Sentencing Act of 2013. The bill, which recently passed the Senate Judiciary Committee and is currently awaiting a vote, would lower “mandatory minimum” sentences for drug offences.

Mandatory minimum sentencing stipulates an obligatory period of jail time for which an offender must serve, but the bill would give judges more flexibility when sentencing drug offenders, who make up the vast majority of federal cases. Current mandatory minimums stand at five, 10 and 20 years for first, second and third offences, while the bill would reduce these to two, five and 10 years, respectively.

As mandatory minimums have contributed to the acute spike in the prison population in recent decades, the prison system has been forced to try to mitigate the mounting costs. In part, the situation has led to the growth of the for-profit prison industry, which has been criticised for externalising the cost onto offenders themselves.

Last week, Human Rights Watch, a watchdog group here, released a report entitled Profiting from Probation, detailing how for-profit companies have put detainees on probation back into jail for their inability to pay their probation fines.

In one instance in the report, Sentinel Offender Services, a private company hired by the federal government to administer probations, charged a Georgia man, Thomas Barrett, 360 dollars a month in monitoring fees on top of his 200-dollar fine for stealing a two-dollar can of beer. As Barrett was unemployed, he was unable to pay the fees that Sentinel Offender Services imposed, prompting the company to revoke his probation – and landing him in jail.

In 1983, the U.S. Supreme Court ruled that courts could not revoke an offender’s probation for failure to pay fines, unless the failure was wilful. Nonetheless, the Human Rights Watch report notes that probation companies and some courts simply assume that any outstanding payment was wilfully ignored.

“The prison is not the free market, where you have to have everything done privately,” Paul told IPS. “If you can do some stuff to save money, I’m for that, but you have to recognise a lot of people that are arrested are very poor.”

Paul indicated that while for-profit probation monitoring occurs largely at the state level, he is open to addressing the issue in the federal prison system, as well.

Because many people released on probation are also unemployed as a result of non-violent drug-related felonies, critics worry that for-profit probation can put people back into the prison system.

Paul described how his neighbour’s brother was unable to find a job where he could utilise his business degree due to a conviction in college for selling marijuana. Instead, today he works as a painter.

While the senator praised states that have opted to expunge the records of released felons, he instead favours demoting certain non-violent drug-related felonies to misdemeanours.