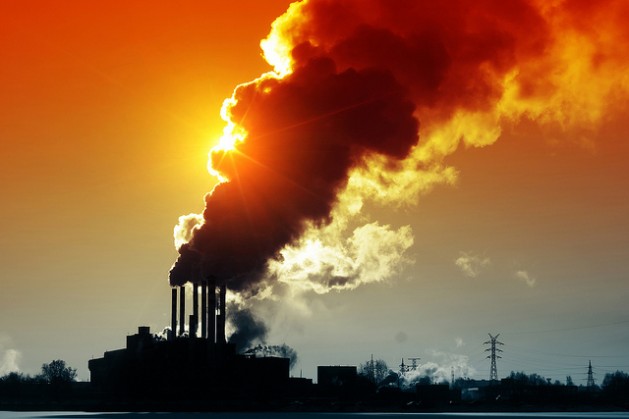 Mitigation goes most directly to the heart of what can make the UNFCCC negotiations contentious: how to pay for the expensive changes required to move into a new, low-carbon paradigm. Credit: Bigstock

WASHINGTON, Apr 14 2014 (IPS) - Greenhouse gas emissions rose more quickly between 2000 and 2010 than anytime during the previous three decades, the world’s top climate scientists say, despite a simultaneous strengthening of national legislation around the world aimed at reducing these emissions.

The conclusions come in the third and final instalment in a series of updates by the Intergovernmental Panel on Climate Change (IPCC), the U.N.-overseen body. The new update warns that “only major institutional and technological change will give a better than even chance that global warming will not exceed” two degrees Celsius by the end of the century, an internationally agreed upon threshold.

"The report makes clear that if we’re going to avoid catastrophic climate change, we need to get out of investing in fossil fuels." -- Oscar Reyes

The full report, which focuses on mitigation, is to be made public on Tuesday. But a widely watched summary for policymakers was released Sunday in Berlin, the site of a week of reportedly hectic negotiations between government representatives.

“We expect the full report to say that it is still possible to limit warming to two degrees Celsius, but that we’re not currently on a path to doing so,” Kelly Levin, a senior associate with the World Resources Institute (WRI), a think tank here, told IPS.

“Others have found that we’re not on that pathway even if countries were to deliver on past pledges, and some countries aren’t on track to do so. A key message is that we need substantially more effort on mitigation, and that this is a critical decade for action.”

The previous IPCC report, released last month, assessed the impacts of climate change, which it said were already being felt in nearly every country around the world. The new one looks at what to do about it.

“This is a strong call for international action, particularly around the notion that this is a problem of the global commons,” Levin says.

“Every individual country needs to participate in the solution to climate change, yet this is complicated by the fact that countries have very different capabilities to reduce emissions and adapt to climate change. We can now expect lots of conversation about the extent to which greater cooperation and collective action is perceived to be fair.”

The full report, the work of 235 authors, represents the current scientific consensus around climate change and the potential response. Yet the policymakers’ summary is seen as a far more political document, mediating between the scientific findings and the varying constraints and motivations felt by national governments on the issue.

The latest report is likely to be particularly polarising. The three updates, constituting the IPCC’s fifth assessment, will be merged into a unified report in October, which in turn will form the basis for negotiations next year to agree on a new global response to climate change, under the auspices of the United Nations Framework Convention on Climate Change (UNFCCC).

While previous IPCC updates focused on the science behind climate change and its potential impacts, mitigation goes most directly to the heart of what can make the UNFCCC negotiations contentious: how to pay for the expensive changes required to move into a new, low-carbon paradigm.

In order to keep average global temperature rise within two degrees Celsius, the new report, examining some 1,200 potential scenarios, finds that global emissions will need to be brought down by anywhere from 40 to 70 percent within the next 35 years. Thereafter, they will need to be further reduced to near zero by the end of the century.

“Many different pathways lead to a future within the boundaries set by the two degrees Celsius goal,” Ottmar Edenhofer, one of the co-chairs of the working group that put out the new report, said Sunday. “All of these require substantial investments.”

The report does not put a specific number on those investments. It does, however, note that they would have a relatively minor impact on overall economic growth, with “ambitious mitigation” efforts reducing consumption growth by just 0.06 percent.

Yet they caution that “substantial reductions in emissions would require large changes in investment patterns.”

The IPCC estimates that investment in conventional fossil fuel technologies for the electricity sector – the most polluting – will likely decline by around 20 percent over the next two decades. At the same time, funding for “low cost” power supply – including renewables but also nuclear, natural gas and “carbon capture” technologies – will increase by 100 percent.

“The report makes clear that if we’re going to avoid catastrophic climate change, we need to get out of investing in fossil fuels. Yet the way the IPCC addresses this is problematic, and is a reflection of existing power dynamics,” Oscar Reyes, an associate fellow at the Institute for Policy Studies, a think tank here, told IPS.

“While it’s positive that they point out that renewables are achievable at scale, they also talk about gas as a potential transition fuel. Yet many models say that doing so actually discourages investment in renewables. There are also problems with the tremendous costs of many of the technological fixes they’re putting forward.”

The policymakers’ summary is a consensus document, meaning that all 195 member countries have signed off on its findings. Yet it appears that last week’s negotiations in Berlin were arduous, particularly as countries position themselves ahead of the final UNFCCC negotiations next year.

Debate over how the financial onus for mitigation and adaptation costs will be parcelled out has played out in particular between middle-income and rich countries. While the latter are primarily responsible for the high greenhouse gas emissions of the past, today this is no longer the case.

Even as previous IPCC reports have categorised countries as simply “developing” or “developed” (similar to the UNFCCC approach), some rich countries have wanted to more fully differentiate the middle-income countries and their responsibility for current emissions. Apparently in response, the new IPCC report now characterises country economies on a four-part scale.

Yet some influential developing countries have pushed back on this. In a formal note of “substantial reservation” seen by IPS, the Saudi Arabian delegation warns that using “income-based country groupings” is overly vague, given that countries can shift between groups “regardless of their actual per capita emissions”.

Nine other countries, including Egypt, India, Malaysia, Qatar, Venezuela and others, reportedly signed on to the Saudi note of dissent.

Bolivia wrote a separate dissent that likewise disputes income-based classification. But it also decries the IPCC’s lack of focus on “non-market-based approaches to address international cooperation in climate change through the provision of finance and transfer of technology from developed to developing countries.”