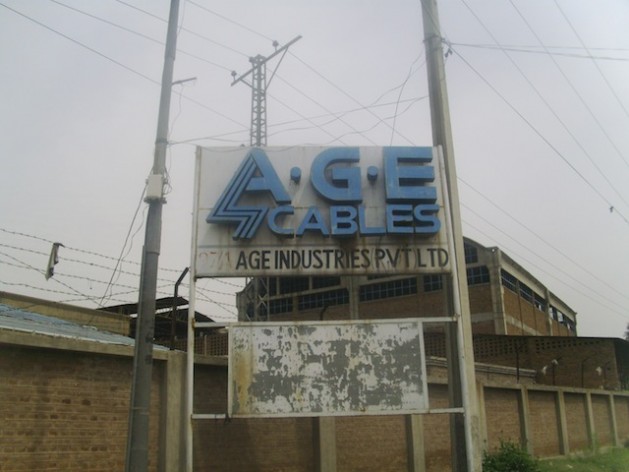 PESHAWAR, Pakistan , May 15 2014 (IPS) - Already saddled with a veritable catalogue of crises, Pakistan’s largest province, the Khyber Pakhtunkhwa (KP) now finds itself on the verge of industrial collapse, as extortion and kidnappings drive away all prospects for production or employment.

Sharing a border with the country’s Federally Administered Tribal Areas, or FATA, the KP has long borne the brunt of terrorism, its mountainous terrain providing a perfect refuge for insurgent groups that residents and officials say are making life impossible for ordinary people.

According to officials from the KP Chamber of Commerce, a third of all factory owners have received threats from militants, who demand huge sums of money in exchange for the freedom to operate a business. Those who have not been bankrupted by the enormous bribes have packed up shop and migrated out of the province altogether, leaving over 100,000 people jobless.

“We had to pay money to several groups, which was not possible for us. One group received 100,000 dollars per month while another was demanding double that amount." -- Rasool Shah, KP resident and industrialist

Zahid Shinwari, president of the KP’s Chamber of Commerce and Industries, told IPS that the departure of wealthy industrialists has created “an extremely precarious” situation in the region, with a total of 2,200 industrial units closing down as a direct result of extortion by militants identifying themselves as members of the Taliban.

“People are shifting their industries and investment to safer places like Lahore, Islamabad and Faisalabad,” he said, adding that police have a hard time tracking the culprits who flee to FATA, Pakistan’s semi-autonomous tribal region in the northwest, which offers easy passage into neighbouring Afghanistan.

From Subtle to Shocking

Unable to make the many payments demanded of him, Rasool Shah, a KP resident and industrialist, closed down his marble factory in September 2013.

“We had to pay money to several groups, which was not possible for us,” he told IPS. “One group received 100,000 dollars per month while another was demanding double that amount. We were suffering severe losses.”

The same is true for most of the 300 marble-manufacturing factories in the region, the bulk of which have closed down or transferred elsewhere.

None of the districts in the province have been spared. Of the 300 industrial units in the Gadoon Amazai Industrial Estate in the Swabi District, 200 have been non-operational for the past year, according to Shah.

The climate of terror has also created a dearth of trained workers and technicians, who are finding better opportunities in places like Dubai where they can exchange their skills for large salaries.

Usually, the militants start out by writing letters to factory owners demanding specific sums of money. If the targets refuse, they or their family members are kidnapped and the insurgents then demand a ransom of between 100,000 and one million dollars.

Earlier this year, on Feb. 16, militants threw a hand grenade into a factory located in the Hayatabad Industrial Estate when the owner refused to pay protection money. The very next day he closed down his match factory, following in the steps of the province’s roughly 20 match-manufacturing units, all of which had utilised local raw materials, hired local labourers and brought much-needed foreign exchange into the province.

According to Shinwari’s estimates, these factories had brought in roughly 800 million dollars per year.

Muhammad Anwar, who owns a pharmaceutical-producing plant in Peshawar, says lodging police reports about the threats and kidnappings is futile.

“If we inform the police, the militants kill the person in their charge. So people prefer to settle the ransom and secure the release of their loved ones,” he told IPS.

He added that nearly half of the 100 pharmaceutical factories in the region have ceased all operations.

Textile production has also suffered. Anwar’s friend and textile factory-owner Sharif Gul was making monthly payments to numerous militant groups until he decided two years ago to shift his entire operation to Faisalabad, a major industrial metropolis in the Punjab province. Prior to the influx of militants, some 22 textiles units in KP had earned the province annual revenues of roughly 130 million dollars.

Planning for the Future

While some are lamenting the demise of the region’s industrial infrastructure, others are forging ahead with plans for the future.

Police Chief Nasir Durrani told IPS his province had plans to establish separate police stations in each of the three industrial estates to protect them from terrorists.

“We are also installing devices to trace telephone calls from militants, so we can arrest them.”

Durrani says the police have held meetings with industrialists to put security measures in place, and stem the flow of business to other provinces. “The protection of industrialists is a high priority for the government because they [contribute heavily] to the province’s income,” he added.

Another strategy on the table is to expand the police force by hiring more people and deploying them solely to industrial areas, which will simultaneously increase employment and improve security.

Alarmed by the wave of migration – over a million workers have left the province since 2009 – Farman also vowed to create a “congenial atmosphere for employment” by refusing to bow to the demands of terrorists.