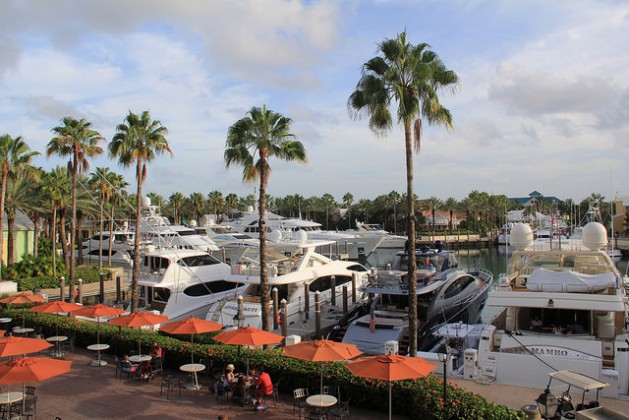 The Bahamas is focusing on renewable energy as it tries to preserve gains in tourism. Credit: Kenton X. Chance/IPS

With a gross domestic product of eight billion dollars, the Bahamian economy is almost twice the size of Barbados, another of CARICOM’s leading tourism destinations.

Visitors are invited to “imagine a world where you can’t tell where dreams begin and reality ends.”

However, in the country’s Ministry of the Environment, officials have woken up to a reality that could seriously undermine the gains made in tourism and elsewhere: renewable energy development.

In 2014, in a clear indication of its intention to address its poor renewable energy situation, The Bahamas joined the International Renewable Energy Agency (IRENA).

The Abu Dhabi-based intergovernmental organisation supports countries in their transition to a sustainable energy future. IRENA also serves as the principal platform for international cooperation, a centre of excellence, and a repository of policy, technology, resource and financial knowledge on renewable energy.

The Bahamas has also advanced its first energy policy, launched in 2013, and has committed to ramping up to a minimum of 30 per cent by 2033 the amount of energy it generates from renewable sources.

“Currently, we are debating in Parliament an amendment to the Electricity Act to make provision for grid tie connection, therefore making net metering a reality using solar and wind technology,” Minister of Environment and Housing Kenred M.A. Dorsett told IPS on the sidelines of Abu Dhabi Sustainability Week (ADSW).

ADSW is a global forum that unites thought leaders, policy makers and investors to address the challenges of renewable energy and sustainable development. The week includes IRENA’s Fifth Assembly, the World Future Energy Summit, and the International Water Summit.

But Dorsett was especially interested in the IRENA assembly, which took place on Jan. 17 and 18.

At the assembly, ministers and senior officials from more than 150 countries met to discuss what IRENA has described as the urgent need and increased business case for rapid renewable energy expansion.

Dorsett came to Abu Dhabi with a rather short shopping list for both his country and the CARICOM region, and says he did not leave empty-handed.

“Our involvement in IRENA is important because the world over is concerned with standardisation of technology to ensure that our citizens are not taken advantage of in terms of the technology we import as we advance the renewable energy sector,” he told IPS.

“We certainly were able to engage IRENA in discussions with respect to what the Bahamas is doing, and our next steps and they have indicated to us that they will be able to assist us on the issue of standardisation,” Dorsett tells IPS. 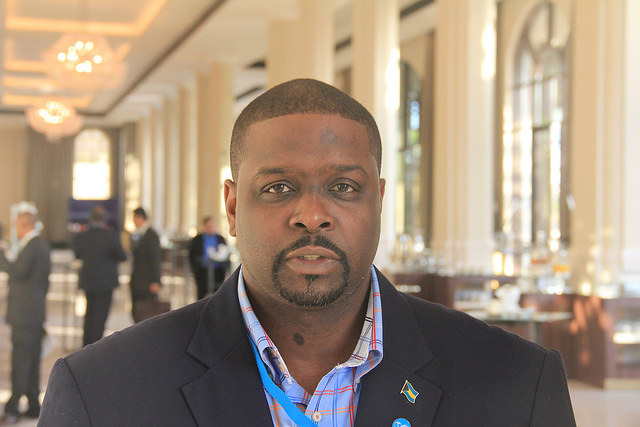 Minister of the Environment and Housing in The Bahamas, Kenred Dorsett. Credit: Kenton X. Chance/IPS

He says IRENA has developed a programme that looks at practical consideration for the implementation or ramping up of renewable energy, including assistance in developing regulations for ensuring that standards are maintained.

“So, I think from our perspective, it is clear to us that IRENA would be prepared to assist us on that particular issue, and I think that generally speaking, what I certainly found was that the meeting was very innovative, particularly in light of the fact that there was a lot of technical support for countries looking to implement or deploy renewable energy technologies,” he said of Bahamas-IRENA talks on the sidelines of the assembly.

Dorsett also wanted IRENA to devote some special attention to CARICOM, a group of 15 nations, mostly Caribbean islands, in addition to Belize, Guyana and Suriname.

At a side event — “Renewables in Latin America: Challenges and Opportunities” — ahead of the Assembly, there was no distinction between Caribbean and Latin American nations.

“… I think that’s very, very important for us as region, as we move to ensure that CARICOM itself is a region of focus for IRENA, that we are not consumed in the entire Latin America region and there is sufficient focus on us,” he told IPS ahead of the assembly.

Dorsett is now convinced that CARICOM positions will be represented as Trinidad and Tobago, another CARICOM member, and the Bahamas, have been elected to serve on IRENA Council in 2015 and 2016, respectively.

“We do know that deployment of renewable energy in our region is important, we are small island development states, we live in [low-lying areas] and sea level rise is a major issue for us in the Caribbean region.

Meanwhile, Director-General of IRENA, Adnan Amin, said that his agency is “trying to develop a new type of institution for a new time”.

“We know that the islands’ challenges are very particular. We have developed a lot of expertise in doing that, and we know in a general sense the challenge they face is quite different from mainland Latin America,” Amin told IPS. “So we see them as logically separate entities in what kinds of strategies we will have.”

He says IRENA has been working in the Pacific islands — early members of the agency — and is moving into the Caribbean. 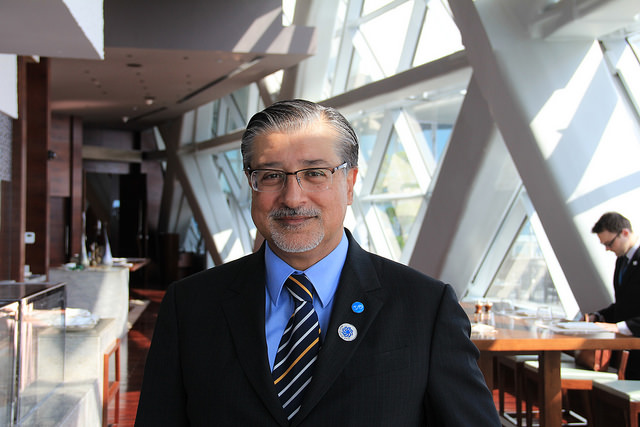 IRENA is already working in the Caribbean nations of Antigua and Barbuda, Barbados, Grenada, and Jamaica, and this year agreed to lend St. Vincent and the Grenadines 15 million dollars to help fund its 10-15 megawatt geothermal power plant, expected to come on stream by 2018.

Dorsett is also pleased that at the assembly the Bahamian delegation was able to get a briefing on the advances of technology that stores electricity generated from renewable sources.

“That also can prove to be very important for us as many Caribbean counties are faced with addressing the issue of grid stability,” he told IPS, adding that the ability to have storage that is “appropriately priced and that works efficiently” can help the Bahamas to exceed the average of 20 to 40 per cent of electricity generated by renewable sources by many countries.

The Bahamas woke up to the realities of its poor renewable energy situation in 2013 when Guilden Gilbert, head the country’s Renewable Energy Association, decried the nation for not doing enough to advance renewable energy generation.

The call came after the release of a report by Castalia-CREF Renewable Energy Islands Index for the Caribbean, which ranked the Bahamas 26 out of 27 countries in the region for its progress and prospects in relation to renewable energy investments.

The 2012 edition of the same report had ranked The Bahamas 21 out of the 22 countries on the list.

In the two years leading up to the announcement of the “National Energy Policy & Grid Tie In Framework”, The Bahamas established an Energy Task Force responsible for advising on solutions to reducing the high cost of electricity in the country.

The government also eliminated tariffs on inverters for solar panels and LED appliances to ensure that more citizens would be able to afford these energy saving devices.

Dorsett tells IPS that he thinks that it is “incredibly important” that CARICOM focuses on renewable energy generation.

“I think CARICOM, as a region, has to look at renewable energy sources to build a sustainable energy future for our region as well as to ensure that we build resilience as we address the issues of climate change,” he tells IPS.

However, in some CARICOM nations, there is a major hurdle that policy makers, such as Dorsett, will have to overcome before the bloc realises its full renewable energy potential.

“There are very special challenges in the Caribbean. For example, many of the utilities are foreign-owned and they negotiated 75-year-long, cast-iron guarantees on their existence,” Amin tells IPS.

“They were making money off diesel. They have no incentive to move to renewables, but we are moving ahead,” the IRENA chief says.