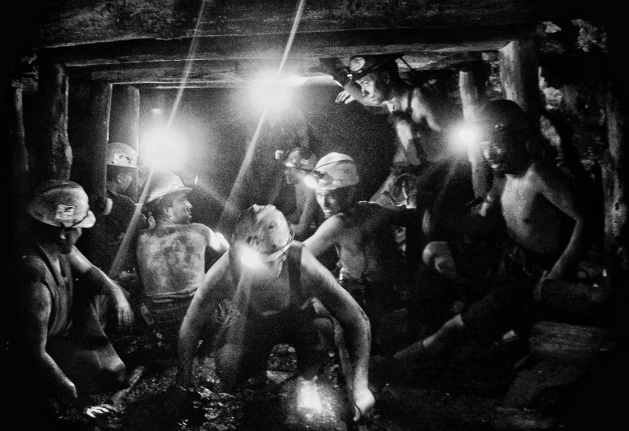 Lack of disclosure of contracts, payments and socio-environmental impacts characterize Mexico's coal industry. The picture shows workers at the Nueva Rosita coal mine in the northern state of Coahuila. CREDIT: Courtesy of Cristóbal Trejo

MEXICO CITY, May 9 2022 (IPS) - In the northern Mexican state of Coahuila the current situation of coal, used mainly to generate electricity, is opaque.

A veil surrounds the industry in terms of production, consumption, inspections, pollution, contracts and the state of the mines that supply coal to two power plants belonging to the governmental Federal Electricity Commission (CFE).

In the southern state of Guerrero, another power plant uses coal from Australia and Colombia.

Cristina Auerbach, director of the non-governmental organization Familia Pasta de Conchos, said there is a veil of mystery surrounding the industry in Mexico.

“The system is not transparent. Sometimes the issue goes unnoticed, because at a global level coal in Mexico is insignificant. But it is so problematic that they can’t make it transparent because they can’t order transparency” in the country, she told IPS.

Her organization was created in 2006, following an explosion caused by methane accumulation that year at the Pasta de Conchos mine in Coahuila, which left 65 workers dead, 63 of whom were buried in the explosion and whose bodies have never been recovered.

“With regard to coal…there is no national registry of how many pits there are. There have been complaints about illegal coal mining. The final results are quite poor. We don't know if it is lack of commitment, or a lack of interest in promoting transparency.” -- Sol Pérez

Coal is mined in Coahuila and Tamaulipas, in the north of this Latin American country. In December 2020, according to official figures, Mexico produced 459,414 tons of coal, which is highly polluting and harmful to human health.

But to meet domestic demand, the country imports about nine million tons per year.

Last March, coal-fired generation contributed more than 2,000 megawatts of electricity, three percent of the national total. In Coahuila, there are some 40 underground coal mines.

Coal has been left out of the natural resource transparency schemes negotiated between the federal government and international civil society organizations in platforms such as the Extractive Industries Transparency Initiative (EITI) and the Open Government Partnership (OGP).

EITI, created in 2003, brings together more than 50 countries and promotes open and accountable management of oil, gas and mineral resources. Mexico joined EITI in 2017 and is currently undergoing the first review of its compliance with the standards, a process that began last August and whose results are to be published in the coming months.

In Latin America, Colombia, a producer of hydrocarbons and coal, has the most advanced status, receiving a rating of “satisfactory progress” in implementing the EITI standards. The South American nation practices proactive transparency, issuing a biannual report.

Peru, another oil and gas producer, has made “significant progress,” according to the global transparency standard.

Argentina, Ecuador and Trinidad and Tobago are other hydrocarbon producers in the region that are also under evaluation, while Brazil and Venezuela do not belong to EITI. 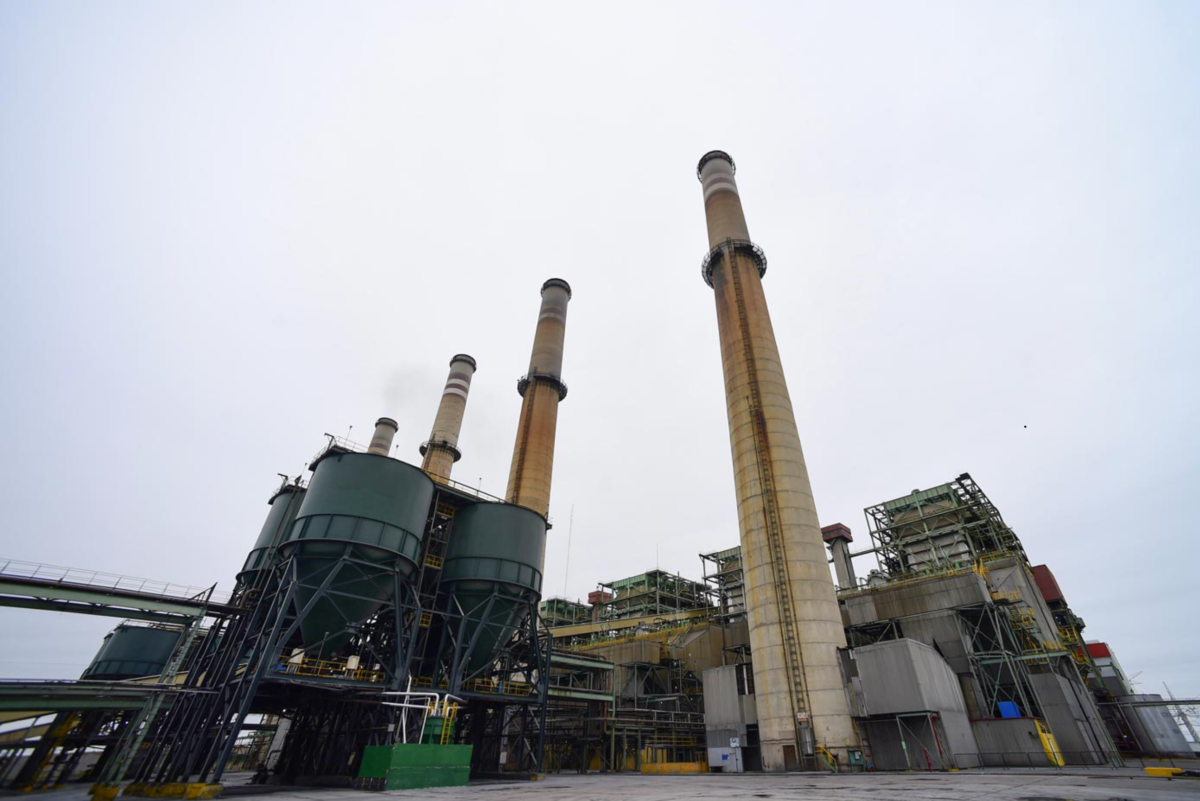 The José López Portillo thermoelectric plant, owned by the governmental Federal Electricity Commission and located in the northern state of Coahuila, burns coal to generate energy in Mexico. CREDIT: CFE

OGP, founded in 2011, groups 78 nations and hundreds of civil society organizations. In Mexico, the 4th National Action Plan 2019-2021 revolves around 13 topics, including transparency in final beneficiaries of companies in the hydrocarbon and mining sector.

Transparency can help strengthen accountability, the fight against corruption, the evaluation of public policies and informed decision-making by stakeholders, such as local communities.

“There is no effective access to information” in the state-owned oil giant Petróleos Mexicanos (Pemex), she told IPS.

“With regard to the issue of coal, the picture is very similar,” she added. “There is no national registry of how many pits there are. There have been complaints about illegal coal mining. The final results are quite poor. We don’t know if it is lack of commitment, or a lack of interest in promoting transparency.”

The “EITI-Mexico Shadow Report: Progress and Challenges in Socio-environmental Transparency”, published in May 2021, concluded that the government and companies have persisted in their refusal to disclose disaggregated socio-environmental information on the extractive sector.

The report, prepared by organizations participating in EITI, exposed phenomena such as the partial existence of data on royalty payments for the exploitation or use of national waters and the lack of complete files on environmental matters.

Another case addresses the unavailability of geo-referenced oil well locations.

The document found that out of 49 hydrocarbon contracts of EITI companies, only 10 include social impact assessments, while only two contain an environmental impact analysis.

Mexico ranks 12th in the world in oil production, 17th in gas extraction, 20th in proven crude oil reserves and 41st in proven natural gas deposits. But its position in the oil industry is declining due to the scarcity of easily extractable hydrocarbons.

Since 2020, hydrocarbon production has been dropping. In February 2020 oil extraction totaled 1.73 million barrels per day; the following year, 1.67 million; and last February, 1.63 million, according to the government’s National Hydrocarbons Commission.

The lack of sufficient domestic gas makes imports necessary, especially from the United States, which have been on the rise since 2020, after a drop between 2018 and 2019.

Imports of gas grew six percent between 2020 and 2021 – from 853 million cubic feet to 904.6 million. Last February, imports totaled 640 million, more than half the volume of the entire previous year. 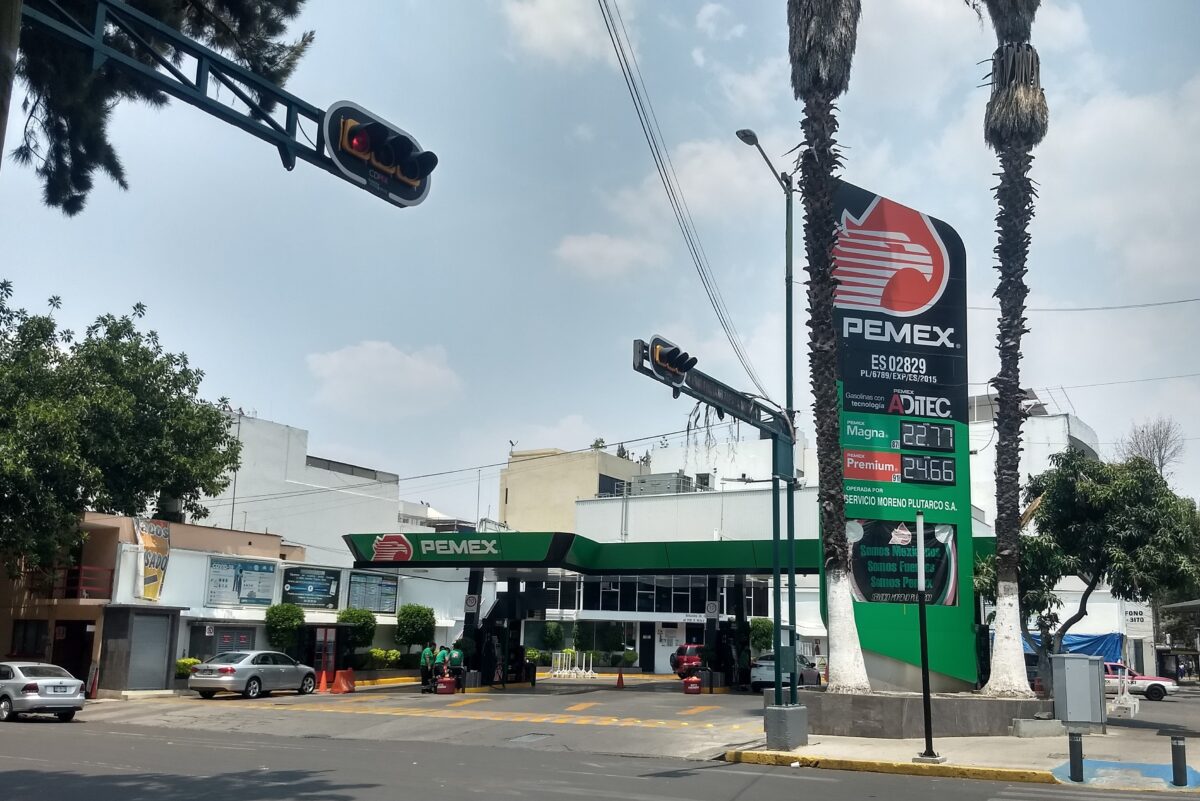 View of a service station of the state oil giant Pemex in Mexico City. The company’s activities suffer from a lack of transparency and access to information, despite commitments in this regard made by the Mexican government. CREDIT: Emilio Godoy/IPS

For its part, OGP includes the development of a National Action Plan to drive beneficial ownership transparency and initiate the publication of such data from hydrocarbon and mining companies, with the aim of building a corporate Beneficial Ownership Register by 2023.

Actions included the preparation of a diagnosis of final beneficiaries in Mexico and a pilot project for the dissemination of information, which have been completed.

These examples show how little importance the Mexican government attaches to access to public information and transparency in the extractive sector.

In addition, they highlight the challenges ahead for the government in implementing the regional Agreement on Access to Information, Public Participation and Justice in Environmental Matters in Latin America and the Caribbean, in force since April 2021 and known as the Escazú Agreement.

In 2020, CFE purchased 1.58 million tons of coal through 60 direct contracts awarded to producers in the Coahuila coal region, without environmental and social impact assessments, as revealed last November by the non-governmental organization México Evalúa.

“Governance of local impacts is poor, mainly due to opacity in the disclosure of environmental mitigation plans, which the government considers confidential,” the paper states.

In the design of OGP’s new action plan, which is to be ready in August, civil society wants to include a commitment to transparency in hydrocarbons, mining and electric energy.

Auerbach, the activist, complained that communities have become “sacrifice zones” in exchange for mining.

“They don’t care if we are informed or not, if we protest or not, it changes absolutely nothing,” she said. “There are environmental liabilities from 50 years ago, from 30 years ago or from last week. And that is not included. Whatever the CFE and Pemex say is fine and the rest just go along with it. Under this government, they are untouchable. The Ministry of the Environment says that it is going to review how the area will end up when they finish exploiting the concessions in 50 years.”

Pérez said the Escazú Agreement offers an opportunity to promote transparency and access to information.

“The ideal conditions don’t exist, but Escazú is an opportunity. On the environmental issue, the lack of information is well identified. The lack of public commitment is worrisome. We can link EITI and Escazú,” she said.