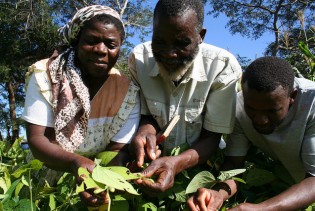 By Friday Phiri
Merian Kalala, a farmer in Solwezi, capital of the North-Western Province of Zambia, knows firsthand that climate change is posing massive problems for agricultural productivity.

By Emilio Godoy
Small farmers can look to options like agroecological intensification and innovation, without necessarily turning to climate-smart agriculture, which is promoted by the United Nations but has awakened doubts among global experts meeting in this Italian city.

By Manipadma Jena
United Nations Secretary-General Ban Ki-moon is expected to make a strong pitch to world political leaders at the U.N. Climate Summit in New York on Sep. 23 to accept new emissions targets and their timelines.
ADVERTISEMENT ADVERTISEMENT