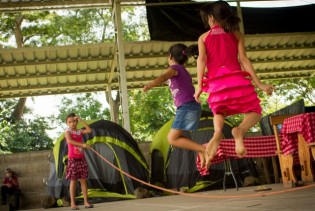 By Constanza Vieira
"I was displaced here by mining a month ago. Illegal miners forced me out of my municipality. No, don't write down where I'm from, let alone my name," said a 40-year-old black man frightened for his safety. IPS agreed to say only that he is from Colombia’s southern Pacific coast region.
ADVERTISEMENT ADVERTISEMENT