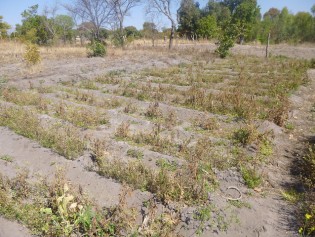 By Jeffrey Moyo
Tambudzai Javangwe from Mwenezi district in southern Zimbabwe, has run out of food and each day she begs for hand-outs from well-wishers so that she can feed herself an her six orphaned grandchildren.

By Danilo Valladares
An “integral rural development law” to promote access to land, employment and other rights for small farmers is bogged down in the Guatemalan Congress due to opposition from large landowners, who see it as an attempt at land reform.
ADVERTISEMENT ADVERTISEMENT