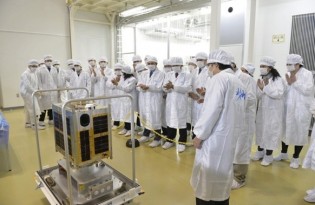 By Kate Donovan
Last Sunday, I bought a bouquet of 45 small fresh yellow chrysanthemums. They cost me three dollars – not cheap for these parts. They were in a bucket in front of a tiny shop crammed with workers and customers in the heart of Tacloban City.