Initiatives undertaken by companies to reduce their emissions, mainly through greater energy efficiency, pay for themselves within three years, according to Juliana Campos Lopes of the Carbon Disclosure Project.

SANTIAGO, Oct 25 2012 (IPS) - Investors and corporations have become increasingly concerned over the effects of climate change, which are being felt in vast areas of the planet and have begun to impact on the profitability of their operations.

“There are clear signs that the issue is present, and companies are facing the risk of economic losses as a consequence of climate change,” Brazilian Juliana Campos Lopes, the director for Latin America of the Carbon Disclosure Project (CDP), told Tierramérica*.

The CDP, a not-for-profit organisation, promotes the flow of information from companies, investors and cities to transform economic activities in order to help prevent dangerous climate change.

The goal is to facilitate dialogue between institutional investors and companies for the disclosure of information on the risks and opportunities presented by climate change and data on the greenhouse gas emissions, water management strategies and supply chains of the world’s largest companies.

Today, more than 655 institutional investors use the information gathered by the CDP to make decisions. The organisation also has programmes for companies and local governments. 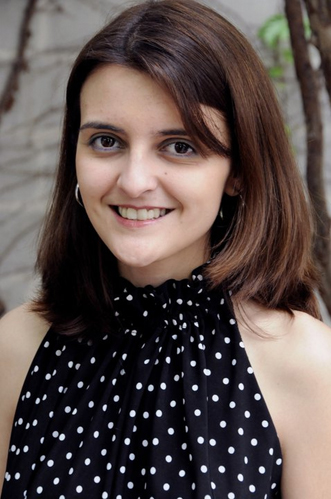 Q: Why is it important for investors and companies to adopt environmental standards?

A: Because climate change now has a direct impact on business. We have the recent case of the Japanese automotive companies that suffered major losses due to the floods that affected their supply chains in Thailand.

This is the view from the perspective of risk, but it is also possible to transform that risk into opportunities. For many companies that adopt standards to report climate-related information, such as their carbon footprint, it is a way of gaining access to new markets and a competitive advantage.

Many markets restrict the entry of products that do not report their carbon footprint, so it is a way of fulfilling the obligations established by certain regions, such as Europe or the United States, which now demand these requirements.

Q: What is the pace of adoption of these standards in Latin America?

A: In terms of regulation, we do not have many initiatives. But within certain countries there are commitments for greenhouse gas reductions, although the debate is still not conclusive. Nevertheless, there is a clear trend towards more restrictive regulations, as well as indications that environmental costs will begin to be incorporated in the prices of products and services.

This is a more general scenario that will end up establishing a way of doing business. Companies in Latin America that are already beginning to report their climate data have the benefit of prior preparation for this scenario, whether in terms of regulation or market access.

The CDP questionnaire is an action plan that guides the management of emissions, which generates profits by reducing energy costs and losses. All of this investment is eventually paid back.

Q: How long does this payback take?

A: Initiatives to reduce emissions, mainly through greater energy efficiency, pay for themselves within three years. We need to dispel the myth that the payback for these investments takes place in the long term. These are some of the benefits that companies are already reporting.

Q: What environment standards do you promote?

A: The CDP recommends the most widely accepted methodologies, like the ISO 14000 family of standards. Most companies have operations in more than one country, so the benefit of international standards is that they are compatible and accepted in different regions.

To provide a comparative view, which is something else we advocate, we also promote the creation of indicators to measure the quality of management internally and offer these indicators to investors, who use them in the analysis of the make-up of investment portfolios.

Q: Where are companies’ emissions concentrated?

A: Between 50 and 80 percent are found in the supply chain. Therefore, all of this effort to measure and report emissions could be compromised if this chain is not considered as well.

Q: Has the climate awareness of investors and companies increased in recent times?

A: Yes, particularly as the problem has become more critical. There are clear signs that the issue is present, and companies are facing the risk of economic losses as a consequence of climate change.

We could take the example of the droughts in the United States, which led to a spike in grain prices on international markets. All of this is bringing about a change in paradigm. Now we need to discuss not only mitigation but also adaptation.

Latin America is, after Africa, the region that will suffer the most from climate change, despite that fact that it does not contribute the most to causing it.

One characteristic of the region is that, for example, the majority of businesses in the agricultural area are geared to export to markets with stricter criteria. That is why this scenario leads to changing the vision of regional business owners and investors.

Q: What should the role of the state be?

A: It is very important at both the national and local level. The private sector is becoming increasingly active in the construction of these parameters, but it is precisely the lack of a consensus among national governments at the global level that is leading us to a very fragmented approach and the emergence of different parameters.

There are many initiatives for measuring and reporting emissions, but the absence of a regulatory framework leads to a fragmented vision that is even beginning to cause some confusion.

A new factor is the more active role of local governments. It is cities that feel the greatest impacts of climate change and must confront the reality of adaptation on a daily basis.

There is considerable space for cooperation with the private sector, because both mitigation and adaptation require financing, which could result in major opportunities for public-private initiatives.