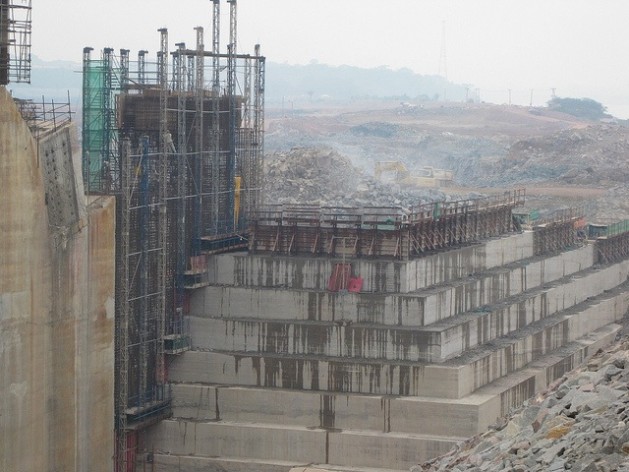 PARIS, Dec 13 2012 (IPS) - As governments struggle to find ways out of the persistent global financial crisis, Brazil’s development model offers an alternative path to recovery and growth, according to some economists and politicians.

“Brazil provides hope for African as well as European nations because Brazil has shown that you can succeed at globalisation by opting resolutely not only for growth but also for a better distribution of wealth,” Togolese economist Kako Nubukpo told IPS.

The former head of economic analysis and research for the West African Economic and Monetary Union (WAEMU) was in Paris to participate in a two-day ‘Forum for Social Progress’ that took place here this week, headed by Brazil’s ex-president Luiz Inácio Lula da Silva, current president Dilma Rousseff and French president François Hollande.

Focusing on how to ‘choose growth’ and ‘exit the crisis’, the forum was also a space for progressive experts to call for a new kind of global governance that “puts people first” and ensures environmental sustainability.

“Brazil has shown us that the challenge is to take people’s aspirations into account as much as possible, because with enlightened leadership we can win in the development process,” Nubukpo said.

“In Africa today we have the impression that our leaders are more accountable to the International Monetary Fund and the World Bank than to their own people.”

Nubukpo and other participants praised the “usefulness” of the forum, but Lula himself said he was tired of meetings held simply to discuss the crisis. In a passionate speech, he called on governments to find the courage to adopt “obvious” solutions, especially regarding the poor.

“If a ruler cannot offer democracy, dignity and hope to his people, what do we need governments for?” he asked.

Describing how he embarked on plans to make Brazil a respected player on the world stage, Lula described policies that have been both lauded and criticised. His administration notably instituted the ‘bolsa familia’ (family grant) programme, a national system of cash transfers for poor families to assist them in keeping their children in school.

The government also set up a ‘pro-uni’ (pro-university) programme in which low-income students receive scholarships for university, with the aim of providing the country with more skilled workers.

Some critics say that the measures have had unintended consequences, such as families sending children to school just to get the funds, but Lula defended the policies.

“I had the conviction that it was necessary to do something different than what had been done (before) in Brazil,” he said at the forum, which was co-hosted by the French Jean-Jaurès Foundation and by the Instituto Lula, an organisation Lula founded after leaving the presidency in 2011.

“We decided to pay the bolsa familia through bank branches, (using) magnetic cards that were given to the women in each household (not to the men, who could go out and spend the money on beer) and…this was a revolution for building bank accounts for low-income brackets,” he added.

One of Instituto Lula’s goals is to “bring Brazil and Africa closer together” and to “improve Brazil’s integration with Latin America” – two objectives that the former president said would change the global status quo.

“It’s necessary to build new paradigms so that we can discuss trade issues and not be locked in the traditional gaze of looking to the United States or the European Union to solve our problems for us,” he said.

According to Lula, if industrialised countries did more for Africa, they would also reap benefits in the future. “Why doesn’t the developed world, which is facing a consumption problem, extend long-term funding to African countries at lower interest rates so that Africa can develop their own industries and agriculture?” he asked.

He said that the ocean between Latin America and Africa should be seen as a conduit for, rather than a barrier to, trade.

African anti-poverty activist Bruno Ondo Mintsa, president of the Association Printemps du Quart-Monde, told IPS that the “Brazilian miracle” was a source of motivation for Africans.

For Africa, which has immense natural wealth but continues to be plagued by abject poverty, “Brazil shows that the problem is one of democracy, of governance and wealth distribution,” Mintsa said. “It’s scandalous that such a rich continent as Africa should have people living in such poverty.”

For some European socialists, Brazil exemplifies a middle way between what French president Hollande called the “outright rejection of globalisation and the gullible acceptance of even its (most) extreme consequences”.

“Although we’re looking for growth, we know all too well that the kind of growth we had before the crisis is no longer sustainable,” Hollande told participants at the forum.

The solution will not be found by looking back, he added. Instead, “We have to create a new era.”

According to Hollande, the priorities have to be growth, jobs for young people, energy transition and fighting inequality. He is all too familiar with the perils of ignoring these key areas – French unemployment rose to 10.3 percent in the third quarter of this year, the highest in 13 years, and youth unemployment is close to 25 percent.

On Tuesday, just as the Forum for Social Progress began, the French government’s own National Conference for the Fight Against Poverty drew to a close with the announcement of an ambitious two-billion-euro plan for moving forward.

The roadmap includes increasing income support, extending free national healthcare, creating emergency housing and providing an allocation of funds for unemployed young people aged 18 to 25. Some opposition politicians criticised the plan as a handout, but activists said it was time real political attention was given to the poor.

“France can learn a lot from Brazil,” retired French medical doctor and professor Alain Goguel told IPS. “We prop up the banks with trillions, but re-launching the economy by helping the poor is an original idea. It should be imitated if it works.”