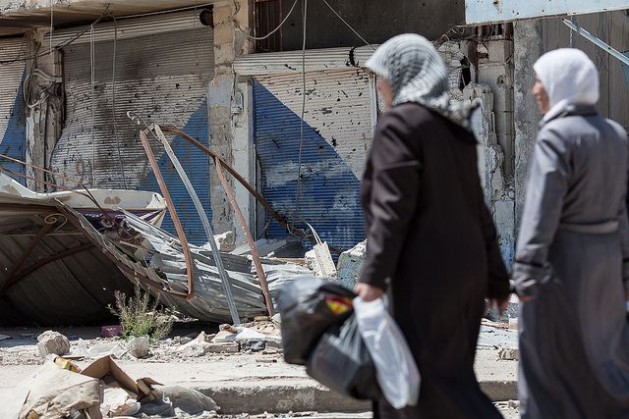 WASHINGTON, Feb 8 2013 (IPS) - Every U.S. president since Harry Truman has sought to disentangle the United States from the Middle East, and all have been sucked back into the region and its problems.

So will it be in President Barack Obama’s second term. Last year, his team launched the “tilt” – or “rebalancing” – to Asia. But first they will have to deal with the immediacy of the Middle East, from one end to the other.

The United States has mostly withdrawn from Iraq, but it is still far from stable. In Afghanistan, as well as Pakistan, the prospects for “success” are hardly a good bet. Syria’s civil war is intensifying, but no one seems to know what to do, either now or after President Assad departs, with risks of Lebanon-like threats to Israel (and Turkey). There may even be a slow-burning civil war across the region, pitting Sunni states against Shi’ites.

Then there is Iran. During the U.S. political campaign, Israeli Prime Minister Benjamin Netanyahu extracted pledges from both candidates Obama and Mitt Romney that “containment” of a potential nuclear-armed Iran would be unacceptable. Unfortunately, this puts the U.S. president in a place where no president should ever go: where being able to decide, in the U.S. national interest, whether to go to war depends on the “good behaviour” of two other countries – in this case, Iran and Israel.

Meanwhile, the bloom is off the rose of the Arab Spring. Egypt is in incipient turmoil, unemployment is endemic among young people across the region, with its deficit in representative governance. And then there is continuing Islamist militancy – although how much (and where) that really matters to U.S. security is an open question, except in the unlikely event that a terrorist gets a nuclear weapon.

Then there is Palestine. Secretary of State John Kerry says that not moving to resolve that problem would be a catastrophe, and President Obama will visit Israel, the West Bank, and Jordan this spring. Indeed, creating positive change somehow engages America’s regional reputation.

Lastly, as the world’s “indispensable nation”, the U.S. must show it can lead and be seen as responsible for its own and others’ security. It must also get on with its most important national security challenge: to strengthen the U.S. economy, rebuild crumbling infrastructure, improve education and health care, and deal with budget and debt questions.

First, the U.S. needs to understand that we can’t let go of the Middle East, as much as we are tired of war. We still have national security interests in the region that others will not just pick up.

Second, the administration needs to start seeing the entire region as an integrated whole, rather than as a series of individual crises. There can be no progress on Israel-Palestine so long as Israel is terrified of Iran, worried about Egypt and Syria, and isolates Gaza. A quieting down of the terrorist/Islamist threat cannot even begin so long as rich people in Saudi Arabia continue supporting doctrines and bankrolling fighters that spread instability and fear.

Afghanistan will continue as a source of concern until all relevant external countries agree on some framework for its future, if only to be proof against excessive external meddling; and the U.S. must return to its practice after 9/11 of seeking common ground there with Iran.

Third, the U.S. needs to understand that security in this region must be a combination of military forces, appropriately applied (and appropriately limited), and governance-reconstruction-development.

Yet U.S. agencies are still “stove-piped”, sufficient money for non-military activities is lacking, and we continue to judge contributions by our European allies to shared security in terms of defense budgets rather than in what they do to help societies progress. And we need to develop a long-term plan for a potentially all-inclusive security structure for the Persian Gulf.

Fourth, we need finally to see Iran with clear eyes. The issue is not just nuclear weapons. Deep and long-lasting regional competitions for influence are the heart of the matter. The last three administrations have been unwilling to advance a negotiating position with a chance to succeed, by recognising that the security interests of the U.S., Israel, and Iran must all be considered.

No country can negotiate seriously under military threat, facing sanctions (which may do more to strengthen the regime domestically than to produce acquiescence), and without serious proposals on the “plus” side.

Ironically, those who most talk about going to war with Iran also tend most to oppose the U.S.’s dealing directly with Iran and advancing realistic proposals. We should also pursue areas of common interest, such as freedom of the seas, an Incidents at Sea Convention – like that with the Soviet Union during the Cold War – and formal Iranian membership in counter-piracy cooperation.

Fifth, we need to prioritise and be clear about what really matters to us – to the U.S. – and develop some “strategic patience”, while remembering that others look to us for leadership and steadfastness.

Most important, 22 years after the Cold War ended, we must relearn how to “think strategically” about new circumstances and abandon reflexive, outdated approaches. We have become sclerotic in our methodology, while too many of our think tanks and “policy planning staffs” produce brilliant tactical suggestions but little strategic wisdom or “actionable” policy guidance.

Thus President Obama and his team must search for, engage, and listen to those Americans – some in relatively junior positions in the government, most outside – who know the Middle East and Southwest Asia region from one end to the other, who think strategically, who can make intelligent tradeoffs, and who can embed choices and decisions in U.S. domestic politics – which need to come second, not first.