In this column, Hazel Henderson - author of Ethical Markets: Growing the Green Economy and other books, president of Ethical Markets Media (U.S.and Brazil), and creator of the Green Transition Scoreboard – calls for moving beyond the false dilemma of “austerity” vs “stimulus”.

ST. AUGUSTINE, Florida, Nov 4 2013 - It is time to move the global policy debate beyond the binary options of “austerity” versus “stimulus.” Both these macroeconomic policies have caused untold harm to millions and produced dangerous policy stalemates in Europe and the U.S., Japan and other countries.

The experiments in Europe to impose austerity have not only caused unemployment, falling growth rates and quality of life but also rising extremism and political polarisation.

Europeans have learned that debts can’t be paid by more borrowing. And the U.S. Congress is succumbing to mob rule by 50 Republicans who shut down the government. These self-inflicted crises are damaging U.S. credibility and its currency.

The lessons of stimulus are equally dire. Monetary expansion loses effectiveness with each new round of money-printing, whether as bond-buying by the European Central Bank or “quantitative easing” – QEs I, II and III – by the U.S. Federal Reserve. 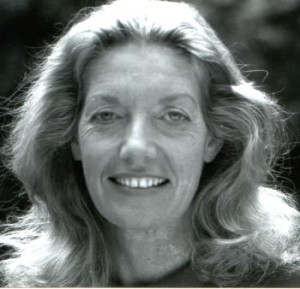 Pumping up stock markets on the textbook theory that this financial prosperity will trickle down to the real economies of “Main Street” becomes less and less effective. Asset bubbles reappear, along with angry retirees and savers, rising inequality, extremist political parties and legislative deadlock.

Central bankers in emerging markets complain that all this monetary stimulus destabilises their own currencies and economies. Chinese officials plan to launch their renminbi as a global currency and have inked an agreement with Britain to make London its trading centre.

Meanwhile, fiscal stimulus causes predictable conflicts about where funds will be directed, who will win and who will lose. Popular tax cuts rarely target those whose needs assure spending their funds into the economy and often end up in more saving by rich recipients. Spending on public services and infrastructure is a larger multiplier, but is too often spent on roads or bridges to nowhere.

The question arises: are austerity or stimulus the only two options, as macroeconomic theories insist? Increasingly, leaders who claim “there is no alternative” are in disrepute.

Even the grandees of the economics profession, including those of the George Soros-backed think tank INET, are now looking for alternatives, some even pronouncing macroeconomics as defunct.

A new view from Mariana Mazzucato in her The Entrepreneurial State (2013) cuts through this narrow debate within the conventional box of economics, forcing us to look at the bigger picture through wider lenses of science policy and the evolution of technologies in the real world.

As a former science-policy wonk at the U.S. Office of Technology Assessment, the National Academy of Engineering, I enjoyed Mazzucato’s slaying of so many defunct sacred cows of macroeconomics. She begins by debunking the narrow public vs. private sector framework, exposing the myth that private business and entrepreneurs are smarter and more successful than governments in the key process of innovation.

The embarrassing truth is that economics has studied the innovation process since Robert Solow’s attempt in 1957. No coherent theory has yet emerged. Engineering and technology often precede science and theory, challenging many sacred cows of tax policy and that it and research and development (R&D) funds and investments are drivers of innovation, which is a systemic product of many social, historical, geographical and cultural factors.

Another myth is that venture capital (VC) is risk-taking. Evidence shows governments in many countries are the primary risk-takers with VCs surfing the waves created by tax-payers, often providing two to eight times more venture funding than VCs.

Even Apple obtained early help with a 500,000-dollar loan from the U.S. government’s Small Business Investment Company. And every one of the 12 key technologies in its iPhone was funded by government research grants, as was the internet itself.

Not to pick on Apple, Mazzucato shows that the Fast Fourier Transform algorithm (FFT), the basis of Google’s success, was also funded by government research. In fact, the entire myth of Silicon Valley’s entrepreneurship and brilliance was based on military funding and Cold War R&D which continues to this day.

I called out special pleaders like the American Energy Innovation Council of which Bill Gates of MicroSoft is a member in my “Advice for Bill Gates”. They began calling in 2010 for tripling government funds for clean energy – about which Silicon Valley is demonstrably ignorant.

All this upends the economics of stimulus versus austerity and its deeper basis on the myth that governments are bureaucratic and stupid at “picking winners” while the private sector is smart and creates the innovation engine that produces our jobs and economic growth.

Over 20 million jobs in the U.S. are created by governments at all levels. Starving government does not help economies recover, as shown in Europe, or lead in the U.S. to the “magic of marketplace” recoveries.

All these economic bromides are nonsense, and it is time to go beyond economics and look at the real processes of technological and social innovation through new spectacles.

In my The Politics of the Solar Age, I reviewed the evolution of human societies from the age of agriculture, the use of energy from wood and waterwheels to whale oil, fossil fuels to the next stage of innovation: the green economies of today’s emerging Solar Age.

Green technologies are the next great wave of human innovation. To fully exploit all these vast new opportunities, we must drop old economic categories and see the world anew. This can end the current gridlocks endlessly fighting over how to allocate resources to incumbent 20th century industries like fossil fuels and between competing legacy interests groups.

More austerity or stimulus simply deflates or inflates the decaying old pie! Human development requires investing in the technologies of the future, not bailing out old industries and past mistakes.

China, Germany, South Korea and Denmark have used government risk-taking policies to invest in the rapid growth of their green sectors and companies providing insights into their paradigms beyond economics. U.S. market fundamentalism leads to political gridlock, shutting down government services, mindless “sequestration” and loss of international prestige and competitiveness.

A clearer vision of our next human stage of development and policies articulating goals to achieve them is now vital – particularly in the U.S.

All this attests to the bankruptcy of economics, its cognitive biases toward individualism, zero sum games and against collective win-win action – even on our small, polluted plane.

The phrase “survival of the fittest” was coined by Herbert Spencer in The Economist in1864, spawning the ugly philosophy of Social Darwinism. Charles Darwin’s actual thesis saw the human species’ survival through bonding and cooperating rather than competing.

We can now take in all the new scientific information available from NASA’s 12 geosynchronous satellites for better knowledge of our planet, deeper due diligence and more accurate metrics and risk management, as I describe in my “Mapping the Global Transition to the Solar Age”.