UNITED NATIONS, Nov 14 2013 (IPS) - In June, Singapore, Malaysia and Indonesia were enveloped in haze as hundreds of forest fires burned across the island of Sumatra, in the worst pollution crisis to hit Southeast Asia in more than a decade. 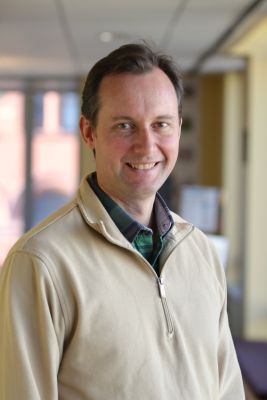 An analysis by the U.S.-based World Resources Institute (WRI) determined that 150,000 square kilometres burned – more than twice the size of Singapore. Worse, nearly three-quarters of the fires in the study area burned on peatland (a soil layer composed of partly decomposed organic material,  often several metres deep), which acts as a sink to absorb planet-heating carbon dioxide.

Dr. Nigel Sizer, the director of WRI’s Global Forest Initiative, spoke with IPS correspondent Lusha Chen about the obstacles they confronted in investigating the fires, and what countries in the regional Association of Southeast Asian Nations (ASEAN) can do to prevent this recurring environmental catastrophe.

Q: Regarding the most recent fires across Sumatra, what efforts are being undertaken and what efforts should be taken to investigate the cause of the fire and potential culprits?

A: Achieving full accountability for the fires in Sumatra is important, but it will not be easy. Officials in Indonesia, Singapore, and elsewhere are currently investigating who started the fires and who is legally responsible. Several companies that operate palm oil and pulpwood concessions, as well as a few individuals, have already been implicated.

Still, it remains to be seen exactly who will be officially prosecuted and what the penalty will be. Knowing who is legally responsible can be determined only after careful collection of evidence and proper due process.

A major hurdle is that land ownership information in Indonesia is complex, difficult to obtain and opaque. Analysis from the World Resources Institute found that determining who is legally responsible managing the land where fires occurred is a huge challenge.

For example, although many fires were concentrated in company concession lands set aside for palm oil or pulpwood development, simply identifying which companies manage the land proves very difficult. The company concession data are inconsistent between the Ministry of Forestry, the provincial and district governments, and even more so with the self-reported data from the companies.

Indonesia, Singapore, and Malaysia should work together to try and unravel the complex ownership structures of the companies, and their subsidiaries, to understand who manages the land where fires may have occurred.

Q: In the report, you called on ASEAN leaders to act together to stop the pollution. Did this happen at the recent meeting in Brunei?

A: In October the heads of state from the ASEAN countries took some positive steps towards combatting the illegal and harmful fires that cause the haze. Indonesia, Malaysia, Singapore, Brunei, and Thailand agreed to adopt a joint “haze monitoring system” and share digital land-use and concession maps on a government-to-government basis. These are good steps towards transparency and accountability.

But much more progress needs to be made. The governments stopped short of making concession and land use data entirely public, which would allow for independent monitoring of fire-prone areas by civil society. The ASEAN governments can also do more to ensure that companies operating in multiple countries in the region are held to responsible for their operations in Sumatra.

Ultimately, enforcement on the ground in Indonesia remains the most important thing. The risk of further fires will remain high unless the no-burn policies as strictly enforced at a local level. This will require support from national and local governments, as well as corporate buyers and consumers who purchase commodities produced in the area.

Q: How seriously are the fires contributing to Indonesia’s GHG emissions, and what are the long-term consequences if the problem is not addressed?

A: The fires are an enormous contributor to Indonesia’s Greenhouse Gas (GHG) emissions, and will have profound impacts on the country’s climate strategies.

Calculating the emissions from the fires is be extremely difficult, due to uncertainly in the depth and quantity peat, a soil layer of partly-decomposed organic material that can emit large amounts of gas when burned. According to estimates from Indonesia’s national office on climate change*, changes in land use (including fires) and the effects on peatland account for 79 percent of Indonesia’s total emissions. This is globally significant, as Indonesia is, by some accounts, the third largest emitter in the world.

The Indonesian government has pledged to cut emissions 26 percent (or 41 percent with international assistance) by 2020 compared to business-as-usual. It will be very difficult for them to meet this ambitious goal without addressing the issue of fires on forest and peatland.

Q: Slash-and-burn is a very traditional way to clear the land for planting. What efforts should be taken at the grassroots level?

A: We need greater awareness and political will from the leaders on the ground. Elected officials, local governments, and local communities need to take strong action to ensure that illegal burning is controlled. Local farmers should be given alternatives to burning, such as access to mechanised equipment that can make clearing and planting easier.

It is also vital that major plantation companies prohibit their local company operators and suppliers from burning land. Similarly, corporate buyers of commodities like palm oil and pulp and paper should ensure that their supply chains are not linked to companies suspected of burning.

Getting the markets to send the right message will help ensure that local farmers and company operators understand the damage that the fires cause.

Change on the ground cannot happen without them.