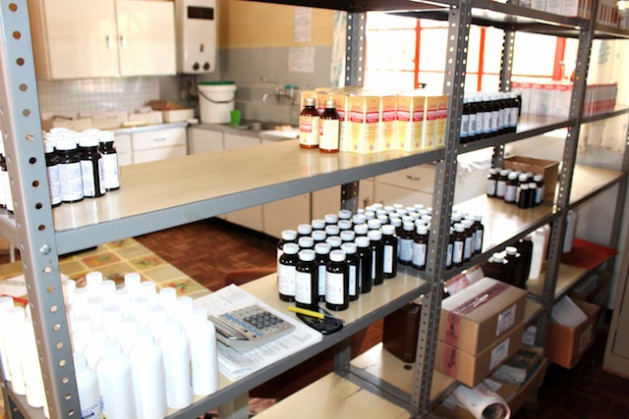 HIV patients who do not adhere to their ART will often develop drug resistance. Credit Jennifer McKellar/IPS

BULAWAYO , Dec 18 2013 (IPS) - Each month, scores of people living with HIV gather at Mpilo’s Opportunistic Infections Clinic in Bulawayo for free antiretroviral medication that has improved their lives.

Antiretroviral therapy (ART) coverage is set to expand in line with new guidelines, but experts fear weakening adherence to drug regimes will limit the benefits.

Sindiso Buzwani* is one of those who should be at the clinic, but this month he is absent. Asked why he has stopped taking medication despite his failing health, the frail-looking man in his forties reacts with anger. “Everyone is sick. Why are you asking me why I’m not on medication? Are you taking yours?”

Attitudes like Buzwani’s are part of a growing problem that may be contributing to HIV-related deaths at a time when the country is fighting to roll out the ART.

Some cite the side effects of the ARVs while others say the drugs are unpleasant to take, but Buzwani was unwilling to disclose his reasons for abandoning the treatment.

In November 2013, the Ministry of Health and Child Welfare reported that following the adoption of new World Health Organisation guidelines, the number of people requiring antiretroviral therapy had jumped from more than 800,000 to around 1.2 million. The WHO’s updated recommendation is to enroll patients on ART earlier: if their CD4 count falls to 500, rather than the previous threshold of below 350.

The new guidelines have also changed the approach to the prevention of mother-to-child transmission of HIV. Where mothers were previously discouraged from breastfeeding in order to reduce the risk of HIV transmission to their newly-born babies, seropositive mothers are now encouraged to breastfeed exclusively for six months while adhering strictly to their ART throughout pregnancy, delivery, breastfeeding and thereafter.

But there are growing concerns that expanded enrolment in antiretroviral therapy will not do as much as it should to reduce HIV-related deaths if patients like Buzwani fail to adhere to their drug regimens.

By resisting or discontinuing treatment, Buzwani could end up developing drug resistance. AIDS patients who develop resistance to their antiretroviral drugs have to go on to the next line of treatment, requiring more expensive and less accessible drugs.

Edmore Mutimodyo, advocacy and communications officer for the Zimbabwe National Network of People Living with HIV and AIDS (ZNNP), says sensitisation campaigns are being conducted by various interest groups and government departments to help people better understand the benefits of anti retroviral therapy and how to take the drugs on a healthy diet.

“Before taking ARVs, you go through a process of understanding how they work, possible side effects. Also you have to pass an adherence procedure. If you [are] likely to default, they will ask you to bring a treatment buddy to help you through the process,” he said.

Health officials at Mpilo Hospital say patients cannot be forced to take their medication whatever their reasons.

Other people living with HIV fail to access ARVs because of the long waiting list coupled with lack of funding for these drugs, according to the Ministry of Health and the ZNNP+.

Zimbabwe’s ARV programme is supported by the Global Fund for AIDS, Tuberculosis and Malaria, which NAC says has disbursed 21.8 million dollars for the 2014 rollout. More patients are expected to access ARVs once local manufacturing of drugs, in partnership with Iran, begins as announced by the health ministry in October this year.

Despite this, adherence will continue to be a problem as long as attitudes such as Buzwani’s or the health workers’ method of distributing ARVs at public health facilities – which is said to contribute to real or perceived stigma – are not addressed.

“Some nurses we spoke to did say that there were people who stopped taking ARVs because of side effects or because of stigma: they didn’t want to be seen taking a pill everyday,” said Kerry Scott, a researcher at the Johns Hopkins School of Public Health, who has worked in Zimbabwe before.

Patients like Buzwani who are abandoning their medication may be an exception, but could still point to difficulties that lie ahead in the country’s fight to reduce AIDS-related deaths.