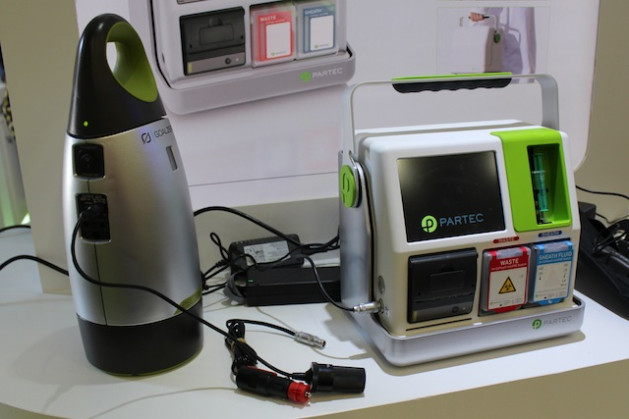 CAPE TOWN, South Africa, Dec 9 2013 (IPS) - New research suggests that some AIDS patients are developing drug intolerance and severe side effects and will now have to switch to new, more expensive antiretroviral regimens.

Researchers in Zimbabwe, Uganda, Nigeria and Malawi say some patients on the first-line antiretroviral drugs nevirapine and efavirenz (EFZ) are showing signs of being intolerant to the two drugs.

Daniel Sibanda, a University of Zimbabwe researcher, said while not many studies had been carried out on drug intolerance and side effects of antiretroviral therapy (ART), new research had found that there are toxicity concerns for some patients.

“Our research has found that female patients with high CD4 Counts had developed nevirapine toxicity,” Sibanda told the 17th International Conference on AIDS and STIs in Africa currently taking place in Cape Town, South Africa. “This means they must switch to other drug regimes but these could be expensive alternatives.”

These new concerns come just as Zimbabwe adopts new World Health Organisation (WHO) guidelines, which revised the recommended threshold for enrolling patients on ART from a CD4 count of 350 to 500. The new guidelines have expanded the number of Zimbabweans needing ART from around 800,000 to more than 1.2 million, according to the Ministry of Health and Child Welfare.

The challenge of paying for this expanded treatment coverage is complicated by the possibility that some patients will need different medication.

“These (nevirapine) are first line drugs and when patients are then switched to other drugs because of toxicity this could present problems for a country such as Zimbabwe because these drugs are expensive and are not available as free ARVs,” Sibanda told IPS.

In Malawi, one of the countries with the highest number of people living with HIV, according to the United Nations Joint United Nations Programme on HIV/AIDS, some patients are experiencing side effects from EFZ.

“EFZ was promoted as the new wonder drug in Malawi, and while most patients had no side effects, mild side effects were common,” Speight told IPS.

While the number of patients experiencing problems remains small, according to Speight, there are not many feasible alternatives for treating them.

“What we [are] now aiming for in Malawi is to try to find a regimen that will work best for as many people as possible. You are never going to get one drug which everyone will tolerate,” he said.

Early this year, there was an outcry among AIDS patients and activists in Malawi who were pressing the government to source new drugs after several complained of experiencing different side effects.

One option to deal with the side effects and reduce the toxicity of ART could be reducing the dosage patients take, Dr. Jackson Mukonzo, a Ugandan researcher from Kampala’s Makerere University, told the conference.

But Prof. Tandakha Dieye of Dakar University’s Department of Immunology warned that health workers and patients needed to weigh concerns over toxicity against the drug’s ability to prolong life.

“Toxicity does not always occur as soon as a patient takes the drug; it may take long to develop or even appear 20 years later,” Dieye told IPS. “The benefits are higher than the risks … we must find a balance between toxicity and the benefit of the drugs.”

On a continent where many people living with HIV are already unable to access life-prolonging antiretroviral medication, the challenge of drug intolerance threatens effective measures to control the AIDS epidemic.

Further research to determine both the causes and extent of drug intolerance is called for. Researchers, health care practitioners and government officials can then devise plans to overcome the problem.