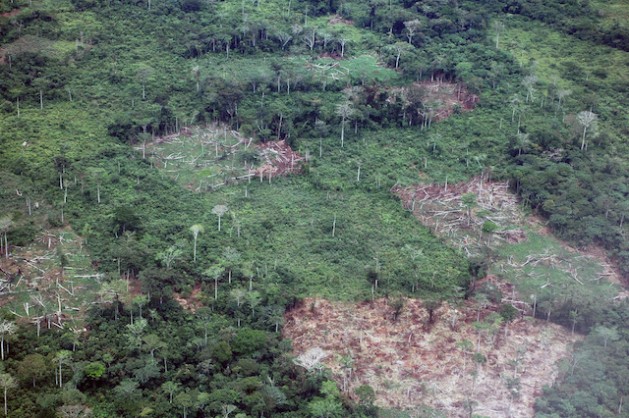 MEXICO CITY, Jun 8 2014 (IPS) - Developing countries in Africa, Asia and Latin America are increasingly leading the way in providing a legal framework for climate security and are being hailed for their continued advancement in formulating climate change laws and policies.

China is not only an important emerging economic actor, but a key actor in any climate change scenario. China’s five-year national plan on climate change is also one of the best in the world, according to climate change legislators at the ongoing  Global Legislators Organisation (GLOBE International) summit being held in Mexico from Jun. 6 to 8.

GLOBE International is an organisation comprising of national parliamentarians from over 80 countries worldwide. An estimated 290 legislators from about 70 countries are present at the summit, including speakers of parliament and presidents. They are expected to develop a new generation of international climate agreements and ensure that climate is placed at the heart of national laws.

The summit has castigated a number of developed countries, particularly Australia and Canada, for their refusal to engage in climate change talks as well as implementing international agreements that can enhance climate security, even as poorer nations such as Bangladesh continue to make significant investments in climate security. 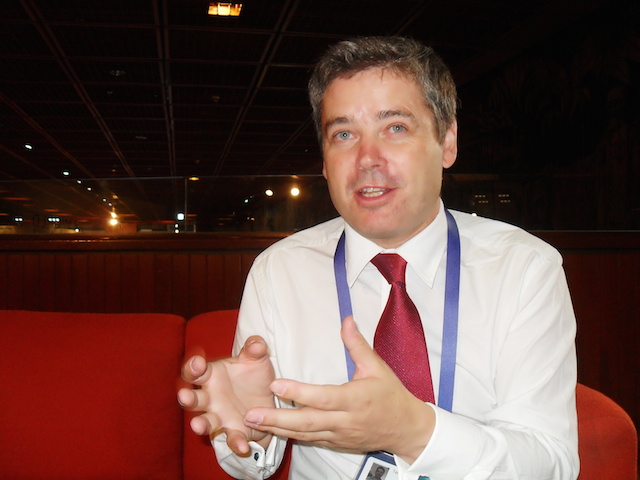 In an interview with IPS, GLOBE International’s director of policy and deputy secretary general Terry Townshend says that there has been a rapid advancement in climate change laws globally. Excerpts follow:

Q: Has there been much progress with regards to climate change legislation?

A: GLOBE’s study that involved 66 developed and developing nations has revealed that in recent years, climate change legislations in these nations have risen from 47 laws to 487.

Most of this progress is in developing countries. By tackling climate change these countries are making their jobs easier in terms of addressing other challenges such as poverty.

Although emissions are not very high in African countries and they are not forcing the problem of climate change, they are feeling the impact. When we talk about climate change legislation, it is just as important to talk about adaptation and reducing disasters through mitigation. It is in every country’s best interest to understand what the impacts are likely to be and work towards reducing the risks.

Q: What gaps has GLOBE identified in these legislations particularly in Africa and Asia?

A: While there has been a huge increase in the number of laws on climate change, collectively all of these actions though impressive will not effectively address climate security. Emissions are still rising.

Q: How can GLOBE influence this ambition because to some extent it is a reflection of an understanding that the country has on climate change?

A: GLOBE provides best practices from other countries with similar economic structure. The GLOBE groups that we have in Africa particularly in South Africa, Nigeria and the Democratic Republic of Congo are very keen to learn from what other countries have done. Other countries such as Ghana are making tremendous headway in climate-related laws.

Q: What is the scope and grasp of GLOBE in different regions and what is the attraction?

A: GLOBE has expanded rapidly and its geographic representation is broad and well spread. It has many members in Latin America in particular, good representation in Africa, Asia and Europe. We now have more representation in developing than developed countries. This is important because it is not GLOBE selecting people to work with, but working with people elected or chosen by their own people to represent their interests in parliament.

GLOBE offers support to legislators in the form that they need it. Many of them in developing countries do not necessarily have the capacity whether it is in research or support from their parliaments to do the necessary national analysis they need to inform development of legislation.

Q: How does GLOBE ensure that political changes do not interfere with ongoing processes? What happens when a member of GLOBE is not re-elected to parliament?

A: We are very strict about membership at the GLOBE chapters in individual countries. They should represent the political make up of that parliament. It should include government members and not just opposition members. This is crucial, if the government changes and if there was support from the party that was in opposition that is now in government then policies and laws that were made when they were in opposition are more likely to be supported.

Q:  How does this legislative organisation interact with organised Civil Society Organisations and local governments?

A: It is up to the national chapters to decide how they interact with the local groups. If they are developing a law, for example, it is up to them to decide who they would like to involve, or invite into discussions.

It is very much nationally led, GLOBE does not say to country chapters that you must do it this way or that way.

When we respond to legislators demand in a specific country for assistance we provide the assistance however we can. Sometimes it might be that we need to work with this non-governmental organisation or this think tank to develop our law, this is one way we can step in.

For example, in Mexico the GLOBE group wanted to work with Mexican civil society organisations and think tanks to help shape the law. So they held consultation workshops to make sure they use their expertise that is within the civil society community to inform the development of the law. While this is a very good way to do it, we can only share best practices but each country must decide how they want to move forward.

A: We are always very keen to hear from GLOBE members on what they do with the information that they receive. The agreement that we will establish here will have some commitments for the legislators and we will be keen to hear what they have done with it once they get back to their parliaments.

We invite legislators to tell us what they are doing with that agreement, so we do not just convene and sign papers, we actively encourage them to deliver on the commitments.