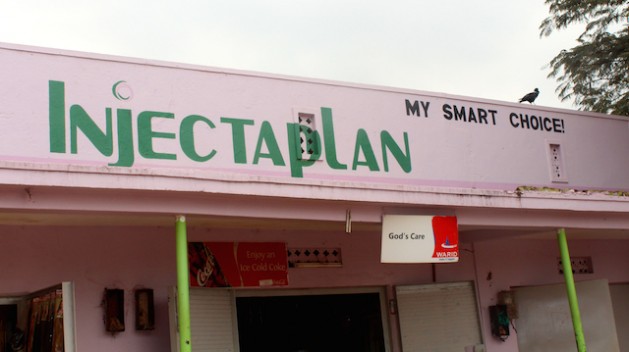 Contraception is a smart choice but HIV positive women have to jump through the hooks to get it. Credit: Amy Fallon/IPS

“We need to reduce unplanned pregnancies and the HIV infection rate in our country,” Kemigisa told IPS during Uganda’s first national family planning conference on July 28. “It’s about dual protection.”

Raped by two uncles from an early age, Kemigisa later became promiscuous. When she was 22, she discovered she was HIV positive – and two months pregnant. Her daughter, Kourtney, now five, was born negative. But the mother couldn’t afford to buy her formula milk and, when she was just six-months-old, the baby tested positive, through breastfeeding.

Fast Facts About HIV AND Women in Uganda 2013

Kemigisa, an informed activist who gets her ARVs the Infectious Diseases Institute at Mulago Hospital and works with KiBO Foundation in Kampala,never had any problem obtaining contraceptives.

“Health workers tell them ‘you’re positive, you’re not supposed to be having children’,” she says.

In the last decade, Uganda’s modern contraceptive use among women has slowly increased from 18 percent to 26 percent.

This is crucial. Uganda’s HIV infection rate of seven percent is steadily rising after a steep drop in the 1990s, when more than a quarter of the population was infected.

Uganda now accounts for the third largest number of annual new HIV infections in the world, after South Africa and Nigeria, according to the United Nations Joint Programme on HIV/AIDS (UNAIDS).

Contraception is the second pillar of preventing mother to child HIV transmission (PMTCT) but one that is often neglected although, at an average of six children per woman, Uganda has one of the world’s highest fertility rates.

Women trying to cope with HIV also struggle to get the “right and correct information” on family planning, says Dorothy Namutamba, of the International Community of Women living with HIV/AIDS Eastern Africa (ICWEA).

“Information doesn’t reach women living with HIV in their reproductive age,” she says.

Women may face violence at home for being HIV positive and for using contraception, only to be further mistreated when they turn to health workers, says Namutamba.

“Some are told ‘oh, this is best for you’ and brushed off at the health facility,” says Namutamba.

In the worst-case scenarios, some HIV positive women have undergone coerced sterilisation.

Namutamba says this may happen when the woman has a caesarean section or goes for family planning services: “They’re told that this is the best for you as a HIV positive woman.”

In Kenya, ICWEA and other groups have documented about fifty cases of coerced sterilisation and will release later this year a report about similar cases in Uganda.

Because of discriminatory attitudes, “a large percentage of women are hesitant to share their status with health workers when they come to receive family planning services,” Dr Deepmala Mahla, country director for Marie Stopes Uganda, told IPS.

But for women living with HIV, he says, the main problem is the time and effort required.

An HIV positive woman who goes to the clinic for a refill of ARV pills must line up at the HIV clinic and then at the family planning clinic, both likely with long queues. She may have to do two trips.

“Most often the woman will prioritise the ARVs,” says Madra.

In a number of districts, the government and UNFPA are setting up “one-stop-shops” that offer both HIV and reproductive health services, and training health workers in the new system.

“This will enable a woman who walks into an ARV clinic to access all services more conveniently,” Primo told IPS.

But, he adds, the nationwide rollout of one-stop-shops is constrained by lack of staff: “Many health facilities have vacant health worker positions and are overwhelmed by the patient load.”