WASHINGTON, Oct 28 2014 (IPS) - U.S. and Iranian negotiators are working on a compromise approach to the issue of Iran’s uranium enrichment capabilities, which the Barack Obama administration has said in the past Iran was refusing to make concessions on.

The compromise now being seriously discussed would meet the Obama administration’s original requirement for limiting Iran’s “breakout capability” by a combination of limits on centrifuge numbers and reduction of Iran’s stockpile of low enriched uranium, rather than by cutting centrifuges alone. 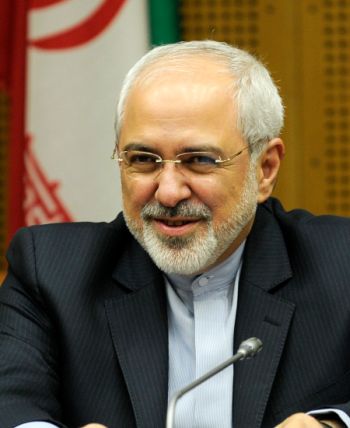 That approach might permit Iran to maintain something close to its present level of operational centrifuges.

The key to the new approach is Iran’s willingness to send both its existing stockpile of low enriched uranium (LEU) as well as newly enriched uranium to Russia for conversion into fuel for power plants for an agreed period of years.

In the first official indication of the new turn in the negotiations, Iranian Foreign Ministry spokesperson Marzieh Afkham acknowledged in a briefing for the Iranian press Oct. 22 that new proposals combining a limit on centrifuges and the transfer of Iran’s LEU stockpile to Russia were under discussion in the nuclear negotiations.

The briefing was translated by BBC’s monitoring service but not reported in the Western press.

Undersecretary of State Wendy Sherman, who heads the U.S. delegation to the talks, has not referred publicly to the compromise approach, but she appeared to be hinting at it when she said on Oct. 25 that the two sides had “made impressive progress on issues that originally seemed intractable.”

Despite the new opening to a resolution of what had been cited for months as the main obstacle to a comprehensive agreement, the negotiations could nevertheless stall in the final weeks over the timing of sanctions removal.

Iran’s willingness to negotiate such arrangements with the U.S. delegation will depend on Russia’s agreement to take the Iranian enriched uranium.

The beginning of discussions on the new approach was reported in September – just days after Iranian President Hassan Rouhani and Russian President Vladimir Putin had met to discuss key issues in Iranian-Russian cooperation on the building of two nuclear power plants and fuel supply for Bushehr.

The proposed reduction of Iran’s accumulation of LEU by shipping it to Russia could achieve the Obama administration’s original minimum objective for an acceptable agreement, which was defined by a minimum number of months it would take Iran to enrich enough uranium for a single nuclear weapon.

Secretary of State John Kerry presented the administration’s requirement for that period last April as being six to 12 months. The six to 12-month requirement has been translated into a demand in the negotiations for a draconian cut to a few thousand centrifuges.

However, that demand is not justified on technical calculations of a “breakout timeline”.

The problem of shipping LEU to Russia for conversion to nuclear fuel was linked to a larger set of difficult issues in Iran’s nuclear cooperation with Russia.

David Albright of the Institute for Science and International Security, who supported the demand for a cut to a few thousand centrifuges, acknowledged in an analysis published in June that the reduction of the Iranian LEU stockpile to 1,000 kilogrammes would increase the breakout time for the present level of 10,000 Iranian operational centrifuges to six months, and a reduction to zero would increase it to nearly a year.

A deal that would reduce Iran’s stockpile to a minimum would be consistent with the proposal Iran had presented to the P5+1 early in the negotiations.

As Iranian Foreign Minister Javad Zarif outlined the proposal to this writer in June, Iran proposed to guarantee immediate conversion of each batch of low-enriched uranium to oxide powder to be used to make fuel assemblies for the Bushehr reactor.

But the plan did not explicitly address how Iran would dispose of the existing stockpile of LEU, and the United States has dismissed any plan in which Iran maintained large quantities of oxide powder, on the ground that it could be reversed. Iran could not negotiate such arrangement with the P5+1 without first reaching agreement with the Russians.

But the problem of shipping LEU to Russia for conversion to nuclear fuel was linked to a larger set of difficult issues in Iran’s nuclear cooperation with Russia. Iran and Russia already have a commercial agreement for Russian provision of fuel for Iran’s Bushehr reactor until 2021.

But Iran and Russia have been negotiating on the construction of two new nuclear reactors by Russia, and Iran wanted Russia to agree to Iranian participation in enrichment for the fuel as well as in making the fuel assemblies for the reactors.

A “preliminary agreement” on a contract for building the two new reactors was announced Mar. 12, but negotiations on key points involving the additional Iranian demands were still pending.

Anton Khlopkov, director of the Center for Energy and Security Studies in Moscow, told IPS that the Russian acceptance of Iranian LEU would pose serious commercial issues for Russia.

It would lose significant profits it expected from doing the enrichment itself by agreeing to use Iranian LEU for conversion into fuel assemblies rather than uranium available in Russia. Iranian uranium is much more expensive than the uranium to which Russia has access, Khlopkov said.

Iran also wants to do at least some of the enrichment for the new reactors to be built, which would increase the compensation required for the deal.

Explaining the rationale for the Iranian enrichment demand, Ali Akbar Salehi, the director of the Atomic Energy Organization of Iran (AEOI), said in early July that Iran had no desire to “carry out all the enrichment inside Iran” but added that “the other parties must know that if some day they don’t give us the fuel for power plants, Iran has the ability to produce it.”

The second major commercial issue in the negotiations with Russia is Iran’s desire to take over the fabrication of fuel assemblies for Bushehr and other power plants from the Russians after 2021.

In a Sep. 29 interview with this writer, Salehi said that the negotiations with Russia “include a wide spectrum of issues,” which include Iran’s desire to “share in the technology of the power plants”.

Iran is years away from having the capacity to do that, however, and it would need technical assistance from Russia. The United States, meanwhile, has made it clear it believes Iran could and should continue to rely on Russia to provide the fuel for the Bushehr reactor, even after the current contract for the fuel expires in 2021.

Khlopkov did not rule out the possibility of “some kind of partnership for fuel production,” but only if Iran is ready to compensate for Russia for its commercial losses. Fuel fabrication is a “big business, which nobody wants to lose,” Khlopkov said.

On Jun. 24, the spokesman for AEOI, Behrooz Kamalvandi, announced that the contract for the two nuclear power plants would be signed within weeks during a visit by Salehi to Moscow, but he acknowledged “some elements” in the agreement remained unresolved.

In a sign that Russia and Iran were close to agreement on the unresolved issues connected with the reactor deal, the heads of government were brought into talks. On Sep. 12, Putin’s foreign policy adviser Yuri Ushakov said the two presidents would meet on the sidelines of the Shanghai Cooperation Organization in Dushanbe, Tajikistan and that both bilateral cooperation on nuclear power and the Iran-P5+1 talks would be among the topics to be discussed.

On Sep. 19, one week after the Rouhani-Putin meeting, the Associated Press reported that a new U.S. proposal involving a trade-off between reducing the LEU stockpile and the size of the cut in centrifuges had been discussed in bilateral talks between the United States and Iran. Iran was reported to have been “cautiously receptive”.