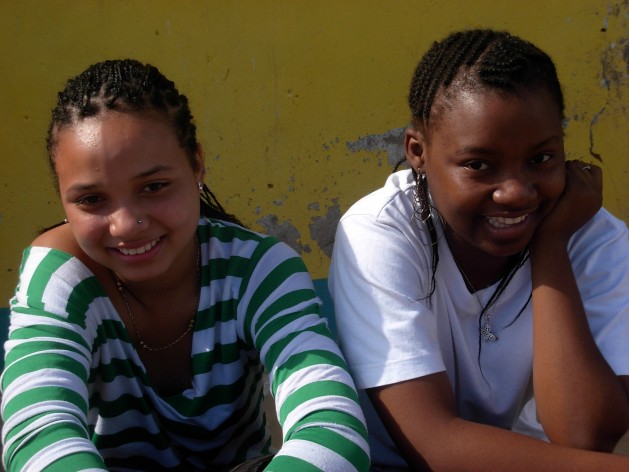 As AIDS becomes the leading cause of death of adolescents in Africa, empowering youth – especially girls - to make safe life choices and avoid HIV is crucial. Credit: Mercedes Sayagues

LAGOS, Nigeria, Nov 21 2014 (IPS) - Two years ago, Shola* was kicked out of the family house in Abeokuta, in southwestern Nigeria, after testing HIV-positive at age 13. He was living with his father, his stepmother and their seven children.

“The stepmother insisted that Shola must go because he is likely to infect her children,” Tayo Akinpelu, programme director of Youth’s Future Savers Initiative, told IPS.

SNAPSHOT: ADOLESCENTS WITH HIV IN TANZANIA
In Tanzania, alarmingly, HIV prevalence has not decreased among adolescents aged 15-19 between 2007 and 2012.
An estimated 165,000 adolescents live with HIV, of whom 97,000 girls and 68,000 boys. Some were born with HIV and others contracted it as children or teens.
To better understand their needs, the Tanzania Commission for AIDS conducted a survey of HIV positive teenagers aged 15-19 in seven regions.
Among its findings:

• Four in ten were sexually active, mostly with a regular partner.
• Just a little more than half reported using condoms at last sex.
• A third reported they had experienced sexual violence. Few had discussed the abuse with friends or relatives or reported it to authorities.
• Just over one-third were aware of family planning and child protection services
The study urges delivering information about child protection and sexual and reproductive health services to teens living with HIV so they can make safe life choices and access care and support.
National HIV prevalence is five percent, according to UNAIDS.

Akinpelu turned to Shola’s mother, who had remarried. But she refused, arguing that his father should be responsible for their son.

“Shola felt as an outcast,” says Akinpelu. Eventually, Shola’s grandparents took him in.

HIV among teenagers is devastating families in Nigeria and elsewhere in Africa, where AIDS has become the leading cause of death among adolescents.

“This is absolutely unacceptable,” says Craig McClure, chief of HIV programmes with the United Nations Children’s Fund (UNICEF), in New York. “What’s more, AIDS-related deaths are decreasing for all age groups except adolescents.”

The global AIDS death toll fell by 30 percent between 2005 and 2012 but increased by 50 percent among adolescents, says a UNICEF report.

One reason for this shocking teen death toll, says Dr. Arjan de Wagt, chief of HIV/AIDS with UNICEF in Abuja, is the low number of adolescents on antiretroviral treatment (ART).

Of the 3.1 million Nigerians living with HIV, half are under 24 years. But only two out of ten HIV positive youth over 15 and just one out of ten under 15 received the lifesaving drugs in 2013, de Wagt told IPS.

Rejection by family and society, as happened to Shola, or fear of rejection, prevents adolescents from seeking help.

“Many HIV positive adolescents are dying in silence because they are too ashamed to access treatment,”’ Blessing Uju, a Lagos-based youth counsellor, told IPS.

“The shame is even bigger for the girls. In Nigeria, if you are HIV positive, the impression is that you are a commercial sex worker,” she says.

Sally* did not tell her parents or siblings when she tested HIV positive four years ago, at age 19.

“At the family level, there is a lot of stigma,” she told IPS.

Although aware of the danger of not taking her medication regularly, Sally often skipped it to avoid being seen with pills at home.

“As a young person, you need a confidant. If you are not strong, you might end up taking your life,” she says.

Shola’s grandparents would normally cook the first meal for the day in the afternoon until Akinpelu explained to them that the pills can cause nausea on an empty stomach and Shola needed a hearty meal earlier.

Uju says that treatment fatigue hits adolescents hard. “Some say they prefer to die than to continue taking their drugs,” she says.

Of the 2.1 million adolescents living with HIV worldwide in 2012, more than 80 per cent are in sub-Saharan Africa, according to the United Nations Joint Programme on HIV/AIDS (UNAIDS).

The death toll is linked to late diagnosis and starting ART too late, explains Judith Sherman, of UNICEF in Lilongwe.

Malawi’s policy is that all children seen in health facilities should be offered an HIV test. “Unfortunately, this does not happen routinely,” she says.

AIDS DEATHS AMONG ADOLESCENTS IN 2013

Teenagers’ adherence to ART is lower than adults, says Sherman, “for a range of reasons like treatment fatigue, depression, fear of stigma, denial and unstable family relationships.”

Allison Jenkins, chief of HIV/AIDS with UNICEF in Tanzania, says that one effective way to help teenagers are clubs.

Teen girls aged 15-19 in Mozambique have a prevalence of seven per cent, more than double the boys of the same age. Botswana presents a similar scenario.

“Girls have to trade sex for money to sustain themselves,” she says. “The pressure for money is higher in the cities where teenage girls compete to get the best mobile phones and clothes.”

Adolescents become sexually active, try drugs and alcohol, feel invulnerable, and experience the social and economic pressures of becoming an adult. HIV and the lack of youth-friendly health services compound the problem, says the UNICEF report.

“We must do more and do it well, focusing on sub-Saharan Africa and on adolescent girls, where the heaviest burden lies,” says McClure.