This is the third of three articles written by Robert F. Kennedy – son of late U.S. Attorney General Robert F. Kennedy and nephew of President John F. Kennedy – which address relations between the United States and Cuba during the 60-year period of the U.S. embargo against the island nation. The first article – “We Have So Much to Learn From Cuba” – was run on December 30, 2014, and the second – “JFK’s Secret Negotiations with Fidel” – was run on January 5.

WHITE PLAINS, New York, Jan 6 2015 (IPS) - I grew up in Hickory Hill, my family’s home in Virginia which was often filled with veterans of the failed Bay of Pigs invasion.

My father Robert F. Kennedy, who admired the courage of these veterans and felt overwhelming guilt for having put the Cubans in harm’s way during the ill-planned invasion,  took personal responsibility for finding each of them jobs and homes, organising integration of many of them into the U.S. Armed Forces. 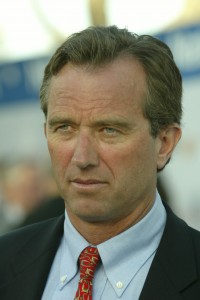 But as the process of détente unfolded, suspicion and anger were so widespread that even those Cubans who loved my father and were always present at my home when I was a boy, stopped visiting Hickory Hill.

To the CIA, détente was perfidious sedition.  Adlai Stevenson [at the time U.S. ambassador to the United Nations] had warned President John F. Kennedy that “unfortunately the CIA is still in charge of Cuba.”  The agency, he said, would never allow normalisation of relations.

JFK was involved in secret negotiations with Fidel Castro designed to outflank Foggy Bottom [Washington] and the agents at Langley [CIA], but the CIA knew of JFK’s back-channel contacts with Castro and endeavoured to sabotage the peace efforts with cloak and dagger mischief.

In April 1963, CIA officials secretly sprinkled deadly poison in a wetsuit intended as a gift for Castro from JFK’s emissaries James Donovan and John Nolan, hoping to murder Castro, blame JFK for the murder, and thoroughly discredit him and his peace efforts.

The agency also delivered a poison pen to hit man Rolendo Cubelo in Paris, with instructions that he use it to murder Fidel. William Attwood [a former journalist and U.S. diplomat attached to the United Nations asked by JFK to open up secret negotiations with Castro] later said that the CIA’s attitude was: “To hell with the President it was pledged to serve.”

“There is no doubt in my mind. If there had been no assassination, we probably would have moved into negotiations leading to a normalisation of relations with Cuba” – William Attwood, U.S. diplomat asked by John F. Kennedy to open secret negotiations with Castro, speaking of JFK’s assassination

Many exile leaders openly expressed their disgust with the White House “treachery”, accusing JFK of engaging in “co-existence” with Fidel Castro.  Some Cubans remained loyal to my father, but a small number of hard, bitter homicidal Castro haters now directed their fury toward JFK and there is credible evidence that these men and their CIA handlers may have been involved in plots to assassinate him.

On April 18, 1963, Don Jose Miro Cardona, Chair of the Cuban Revolutionary Council, resigned in a fusillade of furious denouncements aimed at JFK and my father, saying that “the struggle for Cuba is in the process of being sabotaged by the U.S. government.”

Hundreds of Cuban exiles in Miami neighbourhoods expressed their discontent with the White House by hanging black crepe from their homes.  In November 1963, Cuban exiles passed around a pamphlet extolling JFK’s assassination. “Only one development,” the broadside declared, would lead to Castro’s demise and the return to their beloved country – “If an inspired act of God should place in the White House within weeks in the hands of a Texan known to be a friend of all Latin America.”

Santo Trafficante, the Mafia boss and Havana casino czar who had worked closely with the CIA in various anti-Castro assassination plots, told his Cuban associates that JFK was to be hit.

On the day JFK was shot, Castro was meeting with French journalist Jean Daniel, editor of the socialist newspaper Le Nouvel Observateur and one of JFK’s secret channels to Castro, at his summer presidential palace in Varadero Beach.  At 1.00 p.m. they received a phone call with news that Jack had been shot.  “Voila, there is the end to your mission of peace,” Castro told Daniel.

After JFK’s death, Castro persistently pushed Lisa Howard [ABC newswoman who served as an informal emissary between JFK and Fidel], Adlai Stevenson and William Attwood and others to ask Kennedy’s successor Lyndon Johnson to resume the dialogue.  Johnson ignored the requests and Castro eventually gave up.

Johnson and others in his administration were aware of these whispers and apparently accepted their implication. Johnson decided not to pursue rapprochement with Castro after being told by his intelligence apparatus, including Federal Bureau of Investigation (FBI) boss J. Edgar Hoover, that Lee Harvey Oswald may have been an agent of the Cuban government.  This despite Oswald’s well-established anti-Castro bona fides.

After JFK’s death, my father continued to press Lyndon Johnson’s State Department to analyse “whether it is possible for the United States to live with Castro.”

“The present travel restrictions are inconsistent with traditional American liberties,” my father, then-U.S. Attorney General, argued in a behind-the-scenes debate over the ban on U.S. citizens traveling to Cuba.

In December 1963, the Justice Department was preparing to prosecute four members of the Student Committee for Travel to Cuba who had led a group of 59 college-age Americans on a trip to Havana. My father opposed those prosecutions, as well as the travel ban itself.

In a December 12, 1963 confidential memorandum to then Secretary of State Dean Rusk, he wrote that he favoured “withdraw[ing] the existing regulation prohibiting trips by U.S. citizens to Cuba.”

My father argued that restricting Americans’ right to travel went against the freedoms that he had sworn to protect as Attorney General. Lifting the ban, he argued, would be “more consistent with our views as a free society and would contrast with such things as the Berlin Wall and Communist controls on such travel.”

Secretary of State Dean Rusk thereafter excluded my father from foreign affairs discussions.  He was still Johnston’s Attorney General but the roaming portfolio that had previously empowered him to steer U.S. foreign policy during the Kennedy administration years was now revoked.

The CIA would continue its efforts to try to assassinate Castro during the first two years of the LBJ administration.  Johnson never knew it.  Castro provided Senator George McGovern with evidence of at least ten assassination plots during this period.

In 1978, Castro told visiting Congressmen, “I can tell you that in the period in which Kennedy’s assassination took place, Kennedy was changing his policy toward Cuba.  To a certain extent we were honoured in having such a rival.  He was an outstanding man.”

William Attwood later said: “There is no doubt in my mind. If there had been no assassination, we probably would have moved into negotiations leading to a normalisation of relations with Cuba.”

When I first met Castro in 1999, he acknowledged the recklessness of his brash gambit of inviting Soviet nuclear arms into Cuba.  “It was a mistake to risk such grave dangers for the world.”  At the time, I was lobbying the Cuban leader against Havana’s plans to open a Chernobyl-style nuclear plant in Juragua.

During another meeting with the Cuban leader in August 2014, Fidel expressed his admiration for John Kennedy’s leadership and observed that a nuclear exchange at the time of the Cuban missile crisis could have obliterated all of civilisation.

Today, five decades later and two decades after the Soviets left Cuba, we are finally ending a misguided policy that at times has done little to further America’s international leadership or its foreign policy interests. (END/IPS COLUMNIST SERVICE)