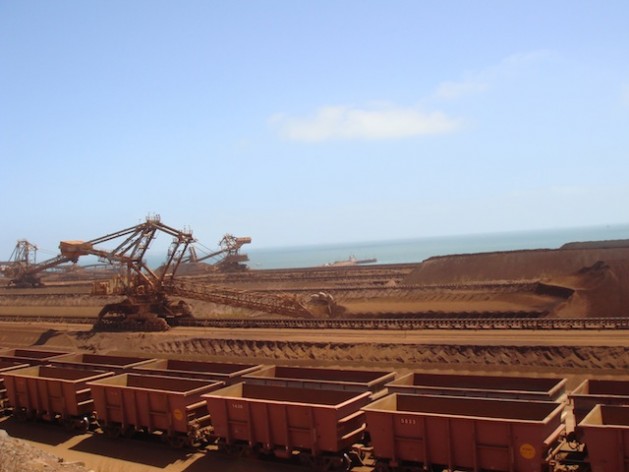 Australia has set a target to cut emissions by 26 to 28 percent of 2005 levels by 2030 but aggressive coal mining could hamper those plans. Credit: Neena Bhandari/IPS

SYDNEY, Sep 2 2015 (IPS) - Rowan Foley has spent many years as a ranger and park manager, caring for Uluru–Kata Tjuta National Park Aboriginal lands in the spiritual heart of Australia’s Red Centre in the Northern Territory. He has been observing the effects of soaring temperatures and extreme weather events on his people, residing in some of the hottest regions of the country.

“There are hotter and more frequent fires. Salt water intrusion is leading to less fresh water. This is impacting on indigenous traditional owners of the land, who have contributed the least to global warming,” says Foley, who belongs to the Wondunna clan of the Badtjala people, Traditional Owners of Fraser Island and Hervey Bay in the state of Queensland.

“Australia’s target does not reflect any recognition that the impacts [of climate change] are already being felt by our Indigenous people and Pacific Island neighbours nor the sense of urgency that grips so many of these communities." -- Negaya Chorley, head of advocacy at Caritas Australia
Australia, the driest inhabited continent, is on an average likely to experience more global warming than the rest of the world. Increasing drought, floods, heatwaves and bushfires are already impacting on the country’s environment and economy, further disadvantaging Indigenous Aboriginal and Torres Strait Islanders and the most vulnerable in remote and island communities.

“The Coconut Islands in the Torres Strait are under threat from sea level rise. [For Indigenous people], their culture and heritage are tied to the island and they would have nowhere to go. We are also seeing spikes in heat related deaths,” says Kellie Caught, climate change national manager for the World Wildlife Fund-Australia.

Deaths from heatwaves are projected to double over the next 40 years in Australian cities and sea levels are projected to continue to rise through the 21st century at a rate faster than over the past four decades, according to a recent report by the independent organisation Climate Council.

To support the sustainable development of Aboriginal lands by combining traditional practices and business needs, Foley launched the Aboriginal Carbon Fund, a national not-for-profit company, in partnership with Caritas Australia, five years ago.

For thousands of years, Indigenous people have traditionally managed the land in the savannah regions of tropical northern Australia by making small fires in winter. This prevents uncontrolled late-season fires from destroying the land and also reduces the amount of carbon produced by wildfires in the atmosphere.

The Fund has set up a programme whereby farmers and land managers undertake carbon farming, which allows them to earn carbon credits by reducing greenhouse gas emissions, or capture carbon in vegetation and soils.

These credits are then sold to organisations and businesses wishing to offset their own emissions. Payment for carbon credits is helping create sustainable livelihoods in remote communities.

“Carbon farming is an agribusiness and we urgently need a development package to support this industry,” says Foley, the Fund’s general manager.

Similarly, civil society advocates say that being one of the sunniest and windiest countries in the world, Australia has huge potential for solar power and wind energy.

But the country’s Liberal-National coalition has slashed renewable energy targets and repealed carbon and mining taxes.

“Our government has gone to extreme lengths to repeal or undermine climate and clean energy policy,” Tom Swann, a researcher with the Canberra-based The Australia Institute, told IPS. “If Australia succeeds in its plans to double its exports in the next 10 years, the world loses in its plans to tackle climate change. 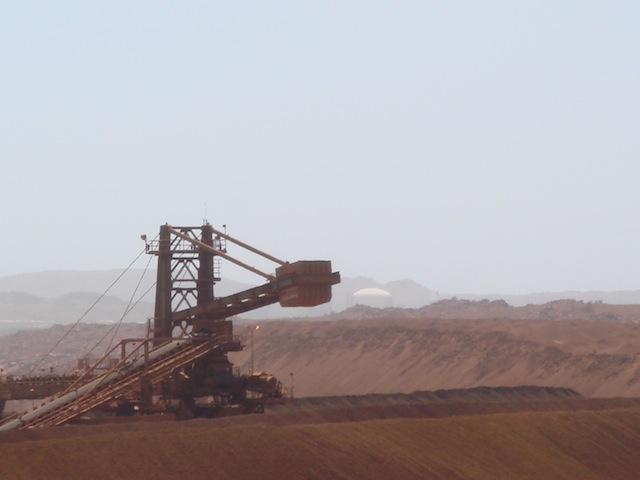 Coal is Australia’s second largest export and this year it is forecast to generate 346 billion Australian dollars (253 billion U.S. dollars) in foreign sales, according to Australia’s Department of Industry and Science. Australia exports 80 percent of the coal it mines and currently meets three-quarters of the country’s electricity needs from burning coal.

A survey by The Climate Institute released on Aug. 10 showed 84 percent of Australians prefer solar amongst their top three energy sources, followed by wind at 69 percent.

WWF’s Caught says, “The Australian Government’s pollution reduction target is woefully inadequate and not consistent with limiting warming below two degrees centigrade. If all countries matched Australia’s targets the world would be on track for a 3-4 degree centigrade warming. The target puts Australia at the back of the pack on international action.”

The United States and the European Union proposals will mean emission reductions of around 2.8 percent a year whereas Australia’s proposals will yield a 1.8 percent reduction, according to the World Resources Institute (WRI).

Environment groups argue that it is economically feasible for Australia to move to a low carbon economy.

“The Government’s draft 2030 target is estimated to reduce GDP growth by 0.2-0.3 percent over the next 15 years,” Caught told IPS.

“With a stronger 45 percent target, it would only reduce growth by 0.5-0.7 per cent over the same time. Our GDP would make up that small difference in growth in just a few months.”

Community sector organisations are especially concerned that people experiencing poverty and inequality will be hardest hit by sea level rise inundating low-lying coastal areas, reducing crop yields and forcing migration of millions of people; and they would be the least able to adapt.

“Australia’s target does not reflect any recognition that the impacts are already being felt by our Indigenous people and Pacific Island neighbours nor the sense of urgency that grips so many of these communities,” says Negaya Chorley, head of advocacy at Caritas Australia, an international aid and development agency of the Catholic Church.

“Given this denialism, our government is in no way ready or prepared to take in and support people and whole communities that will be forced to migrate due to the impacts of climate change.”

World Health Organisation (WHO) figures estimate a third of the global burden of disease is caused by environmental factors and children under five bear more than 40 percent of that burden, even though they represent just 10 percent of the world’s population. They are more at risk from waterborne diseases and more likely to be impacted by air pollution.

Save the Children Campaigns Manager, Tim Norton, told IPS, “Wealthier nations such as Australia must scale up its contribution to international climate finance, such as The Green Climate Fund, to 400 million Australian dollars [285 million U.S. dollars], independent of its aid budget.

“This provides the best opportunity for Australia to actively contribute to mitigating the impacts of climate change on vulnerable communities in the developing world. It also allows nations to transition to low-emission clean economies without the need of fossil fuels.”

Australia scores highest with 26.6 tonnes of CO2 equivalent (tCO2e) emissions per capita, contributing 1.3 percent of global emissions, according to 2011 data from the WRI, even though it has a relatively small population of 23.8 million people.

A 2015 poll conducted by the Lowy Institute of International Policy recorded the third consecutive rise in Australians’ concern about global warming, with 63 percent saying the government should commit to significant emissions reductions so that other countries will be encouraged to do the same at the Conference of States Parties (COP-21) to the U.N. Framework Convention on Climate Change in Paris this December.

*The story that moved on Sep. 2 incorrectly attributed the following quote to Australian Council of Social Service (ACOSS) Chief Executive Officer Cassandra Goldie: “We need new measures to shift from dirty coal to renewable energy, including a commitment from all parties to at least 50 percent renewable energy by 2030.”