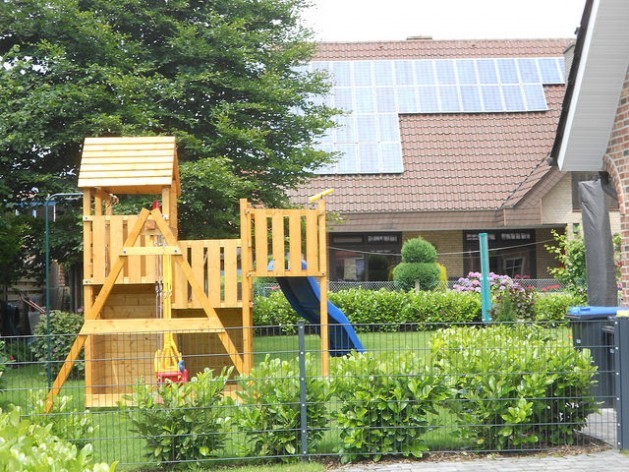 A house with solar panels on the roof in a town in North Rhine-Westphalia in Germany - a common sight in this European nation, but still rare in many countries of Latin America. Credit: Emilio Godoy/IPS

DÜSSELDORF, Germany, Aug 1 2016 (IPS) - Germany has been undergoing an energy transition for over 20 years, and it can offer valuable lessons to Latin America with regard to promoting renewable energy and moving towards a low-carbon economy.

Germany’s transformation formally began in 2011, based on six laws that foment alternative energies through a surcharge for suppliers, the expansion of the power grid to boost the incorporation of renewables, and cogeneration, to use energy that goes to waste in power plants that run on fossil fuels.

There are twice as many laws that bolster the generation and consumption of renewable sources worldwide as there were at the start of the century, and Latin America is no exception to this trend.

“Other countries, including those of Latin America, should probably look at Germany’s experiences and learn from both the good and the bad,” Sascha Samadi, an analyst with the German Wuppertal Institute for Climate, Environment and Energy, which carries out research on the energy transformation, told IPS.

The expert said that “at the start of the energy transition, everything was about how to rise up against the big energy companies that so many people hated,” while now the main driver of support for the transition is concern about climate change.

To move towards a low-carbon energy mix, “in the countries of Latin America, other aspects can be more important on the agenda, such as reducing dependence on imports or making supplies more stable,” he said.

In Germany, renewables accounted for 30 percent of the electricity produced in 2015 and this European nation is the third-largest producer of renewable energy – not including hydropower. It is third in wind energy and biodiesel and fifth in geothermal.

It is also a leader in per capita solar power, despite its relatively low amount of sunlight.

In the last decade, strides have been made in developing renewable energies in Latin America, a region highly dependent on fossil fuels, either because the countries are major producers of them, such as Argentina, Brazil, Colombia, Ecuador, Mexico, Peru and Venezuela, or because they depend on imports, like the nations of Central America or Chile.

Most countries in the region have included plans to foment the energy transition, policies to make production and consumption more efficient, and targets for the generation of renewable energy. 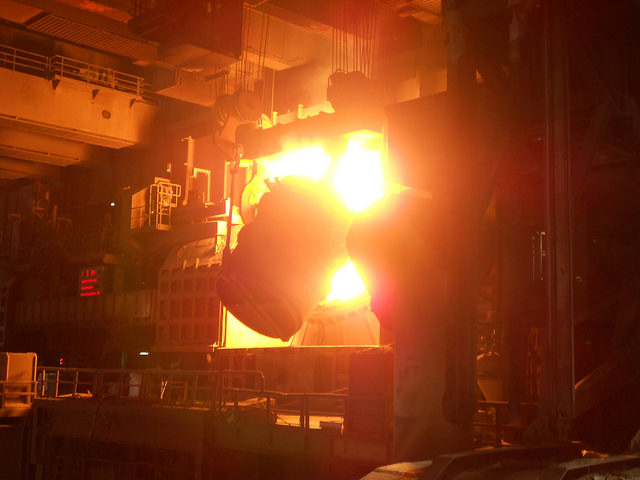 Reaching Germany’s goal, a low-carbon economy, requires social change and modifications in consumption patterns and industrial policies, and will force plants like the ThyssenKrupp steel mill in the city of Duisburg to replace coal with cleaner sources. Credit: Emilio Godoy/IPS

For example, Mexico passed in December an energy transition law, Chile has its 2050 energy plan, and Uruguay has a 2005-2030 energy policy. This legislation includes medium to long-term goals for the generation of renewable energy, tax incentives, and other actions aimed at a cleaner energy mix.

In 2015, Brazil drew more than 7.1 billion dollars in investment in renewables – 10 percent less than the previous year; Mexico drew 4.0 billion – double the 2014 level; and Chile, 3.4 billion – an increase of 150 percent, according to the report “Global Trends in Renewable Energy Investment 2016”.

Nations like Honduras and Uruguay also received over 500 million dollars in investment in renewables in 2015, according to the study produced by the United Nations Environment Programme Collaborating Centre for Climate and Sustainable Energy Finance at the Frankfurt School of Finance & Management.

Without counting the region’s leading producer, Latin America captured 1.7 billion in investment in 2004, rising to 12.8 billion in 2015. But last year’s capital flows fell from 2014 levels, due to factors such as political instability in some countries and low oil prices.

To promote a low-carbon energy mix, there is an element in which Latin America should try to emulate Germany, Sophia Schönborn, an analyst with the German multisectoral organisation on energy KlimaDiskurs.NRW e.V, told IPS.

“Germany’s transition shows the importance of bottom-up decision-making and listening to the public’s concerns. It was not imposed; society pushed for changes in the energy model,” said the expert.

In the hands of the market

Germany has reached the point where it is producing excess renewable energy. As a result, parliament revoked fixed rates for renewables as of January 2017, and created auctions for all sources of clean energy.

The reform of the renewable energy law that will go into effect at that time rewards suppliers that have the lowest prices, sets caps on energy generation, and leaves fixed rates in place only for cooperatives and small-scale producers. 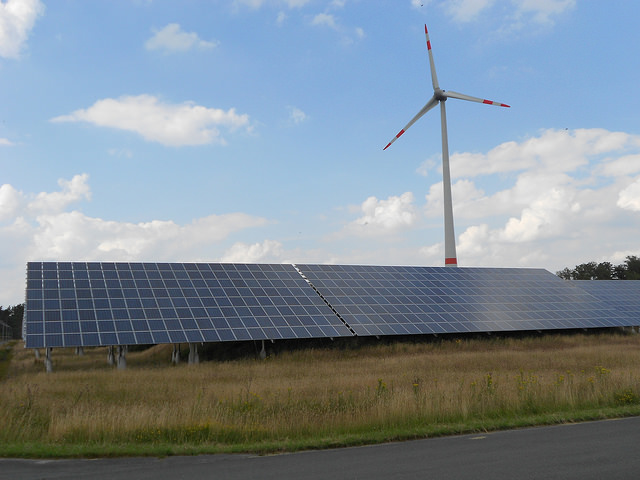 Germany’s energy transition has included facilities for wind and solar power generated by cooperatives and private citizens, such as the innovative bioenergy park in Saerbeck, in the state of North Rhine-Westphalia. Credit: Emilio Godoy/IPS

Under the German model, citizens can generate their own electricity, and can even sell it to the grid, as part of the construction of what experts and organisations are referring to as the “energy citizenship”. But that is far from being the reality in Latin America.

The fixed rates, which included a surcharge to support suppliers of renewables, helped fuel the expansion of alternative sources in Germany.

In Latin America, countries such as Ecuador, Honduras, Panama, Peru and Uruguay use surcharges or mix them with net metering, which allows consumers who produce their own electricity to use it at any time, rather than when it is generated. The consumers only pay the difference between what they consume and what they generate.

And countries like Chile, Mexico and Peru have put in place renewable energy auctions since 2015, which have led to a drop in prices per kilowatt-hour, partly due to their vast renewable sources, according to the Global Status Report 2016 released in June by REN21, the Renewable Energy Policy Network for the 21st Century.

According to experts, the recent swings are a signal to Latin America with respect to the handling of the renewable energy market, to avoid risks of over-production or excessive payments to suppliers.

Samadi stressed that “the costs of the expansion of renewables are paid by consumers in Germany.”

“This might not be a good mechanism for the countries of Latin America, where low energy prices could be important for social development and cohesion,” he said. With this in mind, he suggested taxes or special funds.

There is another lesson too. “If the huge growth in renewables was just starting now in Germany, with today’s low technological costs our overruns for generation would be lower than what we pay now.”

In his view, “the countries that start to invest heavily today in wind and solar energies will not face the same high costs as Germany, especially when the solar potential in most of Latin America is taken into account.”

Schönborn concurred, stressing the competitive costs of renewable sources. But she warned of the risk of “social division” for those who cannot generate their own energy and must buy it from the grid.

This inequality “requires intervention by the state to guarantee access,” she said.