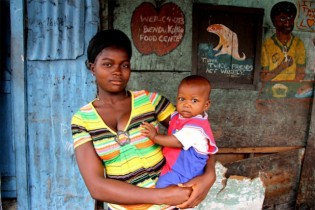 By Lucia Cortina
Access to clean energy improves women’s lives in a myriad of ways. It supports access to education and quality healthcare, opens new economic opportunities, and reduces unpaid domestic labour and gender-based violence. Yet too often, the sector as a whole – from industry to policymaking – still fails to include women as energy users, decision-makers and agents of change of the energy transition.

By Lina Taing and Grace Oluwasanya
UN Women estimates 150 million women and girls are emerging from poverty by 2030, thanks largely to comprehensive education, labor, and social protection strategies and reforms implemented by governments around the world.

By Jacqui Hunt
At Equality Now, we have been on a years-long journey to track and analyze sexual violence laws and their implementation around the world. This work was born after working with survivors of sexual violence for over two decades and observing that women and girls reported similar barriers to justice regardless of where they were from.

By May Sabe Phyu
This will be the second International Women’s Day since the brutal coup erupted in Myanmar – and women remain fiercely in the lead in demanding justice and peace in the streets and behind closed doors.

By Ayomide Oluseye and Gabriela Fernando
The devastating effects of climate change continue to disproportionately affect women and girls in the poorest regions, who have contributed the least to global warming.

By Fairuz Ahmed
Manjo Sheik, a 25-year-old entrepreneur from India, says women have multiple obstacles to overcome.
Next Page »