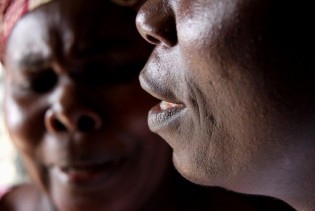 By Baher Kamal
While male circumcision is spread mainly among Muslim and other religious communities, and it is apparently accepted by some medical spheres, more than 200 million girls have already fallen prey to a dangerous, abhorrent practice, which is carried out in the name of social and religious traditions: Female Genital Mutilation (FGM).

Female Genital Mutilation (FGM) poses serious risks to the health and well-being of women and girls, but it also exacts a crippling economic toll, according to the World Health Organization (WHO).

By Ruth Kagia and Siddharth Chatterjee
On 06 February 2017, the world marks the 14th International Day of Zero Tolerance for Female Genital Mutilation (FGM).

By Rural Women Peace Link
Some girls among the Pokot community in western Kenya are bravely defying what is considered cultural and traditional by refusing to be circumcised. More and more mothers, fathers and the women whose job is to do the cutting are beginning to support these girls’ right to bodily integrity.

By Miriam Gathigah
When she was nine years old, Jane Meriwas, a Samburu from the Kipsing Plains in Kenya’s Rift Valley region, was considered of no use by her father. After all, nine of his goats had been eaten by hyenas under her watch.

By Marzieh Goudarzi
The fight against female genital mutilation and cutting (FGM/C) continues to gain traction around the world.
Next Page »
ADVERTISEMENT ADVERTISEMENT