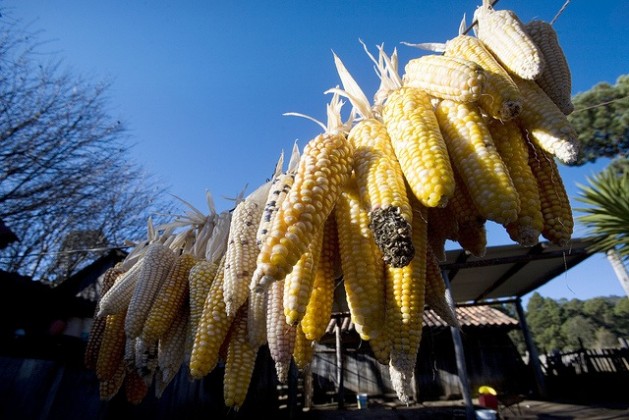 ROME, May 30 2012 (IPS) - The upcoming Rio+20 Conference on Sustainable Development will not succeed if the crises of hunger and malnutrition are not effectively addressed. The issues are so inextricably linked with sustainable development that they have to be part of the agenda, according to a report released Wednesday by the United Nations Food and Agricultural Organisation (FAO) for the upcoming Earth Summit that will take place in Rio de Janeiro from Jun. 20-22.

Despite progresses in food production hundreds of millions of people remain hungry because “they lack the means to produce or purchase the food they need for a healthy and productive life” according to the report, which stresses the strong connection between hunger reduction and sustainable development.

Agriculture and food systems are major consumers of natural resources, using up over 30 percent of the world’s energy, while “crop and livestock sectors use 70 percent of all water withdrawals”, said the report.

The FAO estimates that three fourths of the world’s poor and hungry live in rural areas and depend on agriculture for their livelihoods, while forty percent of the world’s degraded lands are in areas with high poverty rates.

“Hunger puts in motion a vicious cycle of reduced productivity, deepening poverty, slow economic development and resource degradation,” according to the report.

“We cannot call development sustainable while this situation persists, while nearly one out of every seven men, women and children are left behind, victims of undernourishment,” said FAO Director-General José Graziano da Silva in a statement.

“The quest for food security can be the common thread that links the different challenges we face and helps build a sustainable future. At the Rio Summit we have the golden opportunity to explore the convergence between the agendas of food security and sustainability to ensure that happens.”

The Conference, which will attempt to reach an agreement on the transition to a green economy, will discuss investment in renewable energy and the efficient use of natural resources.

The FAO report urges governments to establish and protect rights to resources, especially for the poor; incorporate incentives for sustainable consumption and production into food systems; promote fair and well-functioning agricultural and food markets; reduce risks and increase the resilience of the most vulnerable; and invest public resources in essential public goods, especially innovation and infrastructure.

“The transition to a sustainable future requires fundamental changes in the governance of food and agriculture and an equitable distribution of the transition costs for farmers to switch over to more sustainable farming methods,” Keith Wiebe, FAO deputy director of the Agricultural Development Economics Division, told IPS.

Access to natural resources – such as land, water or forests – is essential for the 2.5 billion people who produce food for their own consumption and income, according to the report.

Farmers who run the 500 million small farms in developing countries – and the majority of them are women – face various resource limitations including insufficient access to food, land, water and nutrition.

FAO Figures on Agriculture, Hunger and the Environment

• Smallholders farm some 80 percent of arable land in Africa and Asia.
• Livestock production alone consumes 80 percent of global crops and pastures.
• Agriculture accounts for about 30 percent of total greenhouse emissions, and is
projected to be a significant source of future emissions growth.
• If women farmers were given the same access to agricultural inputs as men on
the land women already control, they could increase yields by 20–30 percent,
lifting 100-150 million people out of hunger.
• One and a half billion people are now classified as overweight or obese.
• Global food losses and waste are estimated at roughly 30 percent for cereals,
40–50 percent for root crops, fruits and vegetables; 20 percent for oil seeds; and
30 percent for fish.
• The forestry sector provides formal employment for 10 million people and
informal employment for an additional 30–50 million people in developing
countries.
• Aqualculture is the fastest-growing food sector with an annual growth rate of
nearly 8 percent for the past decade and supplying 60 million tonnes, which is
close to 50 percent, of the global food fish supply.
• The potential net economic benefits from better governance and management of
marine fisheries have been estimated at 50 billion dollars per year.

Earlier in May the FAO adopted a set of global land tenure guidelines to help governments improve secure access to land, fisheries and forests, particularly to poor, vulnerable people. The guidelines recommend protecting tenure rights of local people against the risks of large-scale land acquisitions, and protecting human rights, livelihoods, food security and the environment.

“Hundreds of millions of people suffer from hunger and other nutritional deficiencies, and the majority of those people derive their livelihoods from agriculture,” Wiebe said. “These poor farmers, along with more commercialised producers, constitute the largest group of natural resource managers on earth. Their daily decisions are key to the health of the world’s ecosystems.”

Adoption of the guidelines follows a three-year-long process of negotiations with the Committee on World Food Security that includes governments, U.N. agencies, civil society, international organisations and the private sector and is the leading global platform for discussing food security issues. Massive global peasants’ collectives like La Via Campesina recognise this as an important tool, though actual implementation will depend on endorsing countries.

Better governance of the food and agriculture system should also be discussed at Rio, along with a comprehensive analysis of who will shoulder the financial burden of sustainable development, according to the report.

The FAO has asked governments and stakeholders attending Rio+20 to reduce hunger more swiftly “and do everything possible to improve how food and agriculture systems are governed,” Wiebe told IPS. “They should ensure that the costs, and the benefits, of the transition to sustainable agriculture are borne equitably.”

Other required actions include supporting the implementation of technical and policy approaches to agricultural development that integrate food security and environmental objectives; ensuring that costs and benefits of the transition to sustainable food production and consumption systems are shared equitably; adopting integrated approaches to achieving sustainable agriculture and food systems; and implementing governance reforms to ensure polices are carried out and commitments are fulfilled.