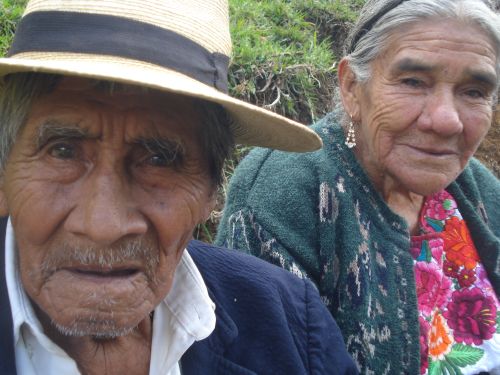 GUATEMALA CITY, Nov 8 2012 (IPS) - The Maya Indians of Central America and Mexico will have little to celebrate when the current era comes to an end on Dec. 21. The extreme poverty and marginalisation they face contrast sharply with the plans for lavish celebrations to lure tourists.

“It’s offensive, it’s an insult, and it is contradictory for indigenous people to continue to be steeped in poverty while public funds are squandered on celebrating,” activist Ricardo Cajas, of the non-governmental Guatemalan Council of Maya Organisations (COMG), told IPS.

“There is nothing to celebrate,” he said. “This is an event involving traditional wisdom, which allows us to make an analysis of the ‘internal colonialism’ we see in Guatemala, where a dominant class keeps indigenous people in a state of subsistence and extreme poverty.”

In Guatemala, indigenous people make up close to 40 percent of the population of 15 million according to official statistics, although native organisations put the figure at over 60 percent.

But Guatemala has never had an indigenous president, and only 19 of the 158 members of the single-chamber Congress are Indians. And the only member of the cabinet who identifies himself as native is the minister of culture and sports, Carlos Batzín.

Governments in “Mesoamerica” – a cultural area extending from central Mexico to Belize, Guatemala, El Salvador, Honduras and Nicaragua, where advanced civilisations like the Maya flourished before Spain’s colonisation of the Americas – are planning major celebrations of the end of the Maya long-count calendar.

This vast impoverished area is highly vulnerable to earthquakes, like the 7.4-magnitude quake that struck Guatemala’s Pacific coast Wednesday, leaving at least 52 people dead and 22 missing.

The hype and promotion surrounding the end of the current era has led to a surge in global interest in the ancient Maya civilisation and to an explosion of tourism to Maya historical and cultural sites in Mesoamerica.

The end of the current baktun has also given rise to predictions of catastrophes and even prophecies about the end of the world, which have been debunked by indigenous leaders.

In Guatemala, for example, tourism industry authorities report that 15 official ceremonies will be held, including a major multimedia presentation on the legacy of the ancient Maya on Dec. 20 at Tikal, Guatemala’s most famous Maya archaeological site, in the northern province of Petén.

The preparations for the ceremonies have cost the Ministry of Culture and the Guatemalan Tourism Institute some 8.5 million dollars, according to the non-governmental Indigenous Observatory.

Thanks to government promotional campaigns, Guatemala, Honduras, El
Salvador and Belize are expecting some five million visitors, and Mexico around 10 million in its southern states alone – an average of 10 percent more than last year, according to the Maya World Organisation, which groups the region’s tourism institutes.

But while state coffers will swell with the increased revenues, the authorities will continue to ignore the needs of indigenous people in their budgets, native leaders complain.

Cajas laid the blame on the free market-based “20th century neoliberal socioeconomic system” which “does not have ethics and morals, and tramples the rights of indigenous people,” including the right to land.

“In Central America, indigenous people have historically been among the poorest segments of the population,” Néstor Pérez, an activist with the Central American Indigenous Council (CICA), based in the capital of El Salvador, told IPS.

Paradoxically, “indigenous territories have great natural and mineral wealth, but in many cases economic interests are put above the collective rights of native people, in violation of the national and international laws that protect their rights,” he added.

Pérez lamented that the end of the 13th baktun was being used to draw in tourists, with a focus that displays indigenous people and their traditional practices “merely as folkloric shows.”

He said that what were needed were public policies aimed at improving the economic and social conditions of native people.

From splendour to dire poverty

Highly complex, advanced societies with enormous cultural, scientific and biological wealth, such as the Maya, Olmec and Aztec, flourished in Mesoamerica until the arrival of the Spanish conquistadors.

Latin America is home to an estimated 400 native groups, representing around 50 million people. Ninety percent of Latin America’s native people live in the Andes highlands regions of Ecuador, Peru and Bolivia and in Mesoamerica.

Indigenous people continue to face severe marginalisation in the region, said Dalí Ángel, an activist with the Mexico City-based Alliance of Indigenous Women of Central America and Mexico.

The native people of Honduras are one illustration, said Timoteo López with the private Chortí Maya National Indigenous Council. “Our development is limited in part because power has only served to protect the interests of those who are governing,” he told IPS.

The Chortí Maya people of Honduras, where Indians represent seven percent of the population of 7.7 million, have made progress in the area of education, he said, but “at the cost of political activism that has even led to death threats and murders of leaders.”

Ángel, meanwhile, was especially concerned about the concessions that the Mexican government has granted to transnational corporations in indigenous territories without carrying out proper consultations with local communities affected by mining, oil industry, logging projects or hydropower dams, as required by the International Labour Organisation Convention 169 on indigenous and tribal peoples.

“The Mexican state has always granted concessions to industries, but lately foreign companies have been given greater facilities to operate here, by means of constitutional reforms,” the Zapoteca activist told IPS.

Mexico is the Latin American country with the largest indigenous population in absolute numbers, which is variously estimated to make up between 10 and 30 percent of the country’s 112 million people (the smaller, official, estimate is based on the number of people who speak an indigenous language).

The country’s native inhabitants are largely concentrated in the southern states of Oaxaca and Chiapas, according to the National Commission for the Development of Indigenous Peoples. In these two states and in the neighbouring state of Guerrero, one of every three people lives in absolute poverty, the Observatory of Social Policy and Human Rights (OPSDH) reports.

“They’re selling everything, even the air,” Ángel said. She complained that the country’s outgoing president, the conservative Felipe Calderón, recently inaugurated a wind power project in the Tehuantepec isthmus in southeast Mexico “where he used deceit to force local communities to sign contracts to yield part of their territory to Spanish companies.”

The activist also mentioned the case of Wirikuta, a 140,000-hectare territory in the Chihuahua desert in the central state of San Luis Potosí that is considered sacred by the Wixarika or Huichol people. According to the National Human Rights Commission, mining projects threaten the environment there.