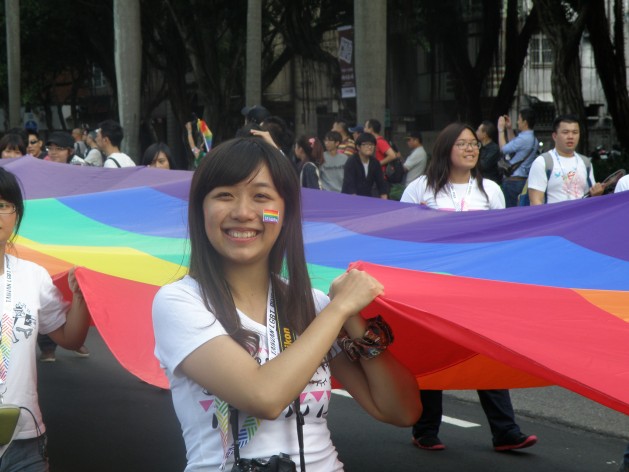 TAIPEI, Jul 2 2014 (IPS) - Prominent international human rights experts are calling on the Taiwan government to quickly enact a comprehensive anti-discrimination act, revamp the law on citizenship and take a wide range of other actions to curb gender discrimination.

A five-member commission issued 35 recommendations after an intense review of Taiwan’s second national report on the implementation of the Convention on the Elimination of Discrimination Against Women (CEDAW).

The commission members from Kenya, Malaysia the Philippines, South Korea and the United States met at the Civil Service Training Center in Taipei City June 23-26.

"It is...commendable, that a country which is not a UN member state has voluntarily undertaken to adopt the standards of CEDAW..." -- Mary Shanthi Dairiam, United Nations Development Program (UNDP) Gender Equality Taskforce
More than 230 government officials and some 100 representatives of non-governmental organizations joined in the review. The event consisted of discussions with the 55 civil society organizations, as well as a day-long questioning session with Taiwan government officials on issues raised by NGOs in nearly 30 “parallel reports.”

Zoe Ye of the Intersex, Transgender and Transsexual People Care Association, reminded the committee of the case of Tsai Ya-ting, a trans-woman whose application for a national identity card was rejected in 2002. She committed suicide the following year.

“The government has not learned from this lesson and has ignored the urgent desire of transgender persons to adopt a legal gender status in accord with their self-identity,” according to Ye.

The Taiwan government currently requires applicants for gender change to undergo psychological examinations and the surgical removal of reproductive organs before changes in official registration are approved, a requirement which Ye stressed violates five UN human rights conventions, including CEDAW.

Other NGO representatives stressed infringements on women’s land rights, faulting the government for failure to conduct gender impact-assessments for many of its development plans that involve large-scale land expropriations.

These “threaten the right to adequate housing for rural women and all aspects of their lives,” said Lu Shih-wei of Taiwan Rural Front and Wild at Heart Legal Defence Association.

Taiwan ratified CEDAW in 2007 under the previous centrist Democratic Progressive Party government of then president Chen Shui-bian, but the United Nations Secretariat rejected the ratified treaty for deposit since Taiwan is not a UN member state.

Instead, CEDAW was directly incorporated into Taiwan’s domestic law through an “enforcement act” effective January 1, 2012.

“It is almost unique, and commendable, that a country which is not a UN member state has voluntarily undertaken to adopt the standards of CEDAW and other human rights treaties,” Mary Shanthi Dairiam, a member of the United Nations Development Program (UNDP) Gender Equality Taskforce, told IPS.

Still, “the defensiveness of government officials here is the same as elsewhere,” according to Shanthi, who is a former member of the UN Committee on the Elimination of all Forms Discrimination against Women (CEFDW).

Speaking to IPS, Democratic Progressive Party legislator Yu Mei-nu said that  the realization of CEDAW objectives may be hampered by “martial law mentalities” of certain government officials. But the convention has “provided a platform for citizens and civil society organizations to link with international society and fight for human rights at home,” according to Yu.

Chief among the 35 recommendations were calls to set a deadline to enact “comprehensive legislation covering all fields of gender discrimination” as soon as possible; establish an independent national human rights institution; prompt revision of laws on nationality, domestic violence, human trafficking and marriage equality; and passage of long-denied bills to protect domestic workers, along with ratification of the International Convention on the Rights of All Migrant Workers and Members of their Families.

The committee further stressed the need for “gender impact assessments” for government policies and development plans.

It called for abolishing the surgical requirement for trans women, as well as the mandatory HIV testing requirement for entry, stay and residence of women living with HIV/AIDS.

The panel was led by Shin Heisoo, representative of the Korea Center for UN Human Rights Policy and a member of the UN Committee on Economic, Social and Cultural Rights. Shin previously participated in the review of CEDAW state reports from 2001 to 2008.

“I hope the government of Taiwan is contemplating how to implement these recommendations…” Shin concluded, “Especially since we have heard that there has been a deterioration of civil and political and economic human rights.”

UNDP’s Shanti echoed the need for action. “The government officials said they have revised over 33,000 laws and regulations. But what the world community wants to know is not what the state says it is doing, but what is actually being achieved in terms of real improvement in gender equality.”