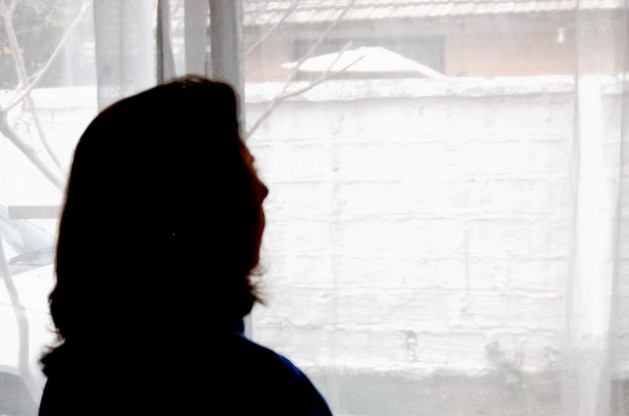 Alicia is one of the millions of Chilean women who have had an illegal, unsafe abortion because in their country terminating a pregnancy is punishable with up to five years in prison, regardless of the circumstances. Now the country is moving towards legalising therapeutic abortion. Credit: Marianela Jarroud/IPS

SANTIAGO, Sep 24 2014 (IPS) - Chile, one of the most conservative countries in Latin America, is getting ready for an unprecedented debate on the legalisation of therapeutic abortion, which is expected to be approved this year.

In Chile, more than 300,000 illegal abortions are practiced annually – a scourge that is both cause and effect of many other social problems.

“Abortion in Chile is like the drug trade – surrounded by illegality and precariousness,” 27-year-old Alicia, who had an abortion five years ago, told IPS.

In Chile, the Dominican Republic, El Salvador, Honduras and Nicaragua abortion is punishable by prison under any circumstance, although in Honduras the medical code of ethics allows it if the mother’s life is at risk.

One illustration that stiff penalties do not reduce abortions but only make them unsafe is the Dominican Republic, where the constitution has guaranteed the right to life from conception since 2010. But 90,000 abortions are year are practiced in that country, which means one out of every four pregnancies is interrupted.

In the rest of the countries in the region – with the exception of Cuba, Uruguay and Mexico City – only therapeutic abortion is allowed. Nevertheless, there are 31 abortions for every 1,000 women of child-bearing age, higher than the global average.

In Costa Rica, Guatemala, Paraguay, Peru and Venezuela abortion is only legal if the mother’s life is at risk. In Ecuador and Panama it is also legal in case of rape.

Guatemala exemplifies the effects of clandestine abortions. Of the 65,000 women who undergo an abortion in that country every year, 21,500 are hospitalised as a result. In Argentina and Bolivia the decision is made by a judge. In Argentina abortion is only legal in case of rape or risk to a mother’s life, and in Bolivia in cases of incest as well.

It is estimated that there is one abortion for every two pregnancies that end in birth in Argentina.

In Colombia abortion is legal for the abovementioned reasons as well as severe birth defects, as it is in Brazil – but only in cases where the fetus shows abnormal brain development.

Abortion on demand is only legal in Cuba and Uruguay – in the latter as of 2012, and since then the number of abortions has gone down.

In addition, abortion on demand has been legal in the Mexican capital since 2007. But that triggered a counter-reform in the country, and 17 of the 31 states have now banned abortion under any circumstances.

“A friend told me about a gynecologist, I went to see him and he told me the date, time and place to meet him,” Alicia said. “My mom came with me. A van picked me up on a random street corner in the city and I had no idea where we were going. I still remember my mother’s face, the anxiety of not knowing if I would come back, and in what condition.

“In a house a doctor and a woman, I don’t know if she was a midwife or a nurse, were waiting for me. They doped me up. When I woke up it was done. They put me in the van and took me back to my mother. We never talked about it again,” she said sadly.

The legalisation of abortion is one of the Chilean state’s big debts to women, Carolina Carrera, the president of Corporación Humanas, told IPS.

“Chile’s highly punitive legislation is a violation of the human rights of women because this level of penalisation means that women who abort do so in unsafe conditions, with physical and psychological risks,” she added.

In addition, smuggling has increased of Misoprostol, also known as RU486 or medication abortion. The medicine is sold at exorbitantly high prices, without clear medical indications, she added.

Claudia, 24, had to go to a house on one of the hills in the port city of Valparaíso, 140 km northwest of Santiago, to buy the drug to interrupt an unwanted pregnancy.

“It was a dangerous place,” she said. “I had to pay more than 600 dollars. I looked around and thought: and if something happens to me, who do I call? An ambulance, the police? No, I’d be put in prison!”

In Latin America, where the Catholic Church still has an enormous influence, abortion is illegal everywhere except Cuba, Uruguay and Mexico City. However, most countries allow therapeutic abortion in circumstances suggested by the United Nations: rape, risk to the mother’s life, or severe birth defects.

Chile is one of only seven countries in the world that ban abortion under any circumstance. Four others are in Latin America – the Dominican Republic, El Salvador, Honduras and Nicaragua – and two are in Europe – Malta and the Vatican.

Therapeutic abortion was legal in Chile from 1931 to 1989, when it was banned by the government of late dictator General Augusto Pinochet (1973-1990). None of the democratic administrations that have governed the country since then have touched the issue until now.

Since then, women who undergo an abortion have faced a possible prison sentence of up to five years.

“The frequency of abortion has remained steady in the last 10 years in Chile,” Dr. Ramiro Molina with the Centre on Reproductive Medicine and Integral Development of the Adolescent at the University of Chile told IPS. “The number of cases has not gone down, nor have there been major changes in the ages: the highest rates of abortion are still found among women between the ages of 25 and 34.”

He said there are only records of some 33,500 women a year who are treated for abortion-related complications – a figure he described as “very misleading” because it only takes into account those who go to a public health centre for emergency treatment.

Molina explained that the real total is estimated by multiplying that number by 10, which would indicate that 335,000 women a year undergo illegal abortions in Chile.

In the Latin American countries with the strictest legislation, abortions are practiced in conditions that pose a high risk to women, making it a public health problem as well as a reflection of inequality.

“Abortion is a socioeconomic indicator of poverty,” Molina said.

According to the World Health Organisation, an estimated 21.6 million unsafe abortions took place worldwide in 2008. The estimated annual total in Latin America is 4.4 million, 95 percent of which are clandestine. And 12 percent of maternal deaths in the region are the result of unsafe abortion.

Molina, one of the region’s leading experts in his field, said that while progress has been made in the last two decades, it has been very slow because “a religious-based philosophical vision” continues to prevail and stands in the way of further advances.

In Chile, the government of socialist President Michelle Bachelet, in office since March, is preparing to launch a debate on the legalisation of therapeutic abortion in case of rape, risk to the mother’s life, or severe birth defects.

She has stated on several occasions that abortion will be decriminalised this year in Chile.

During her first term (2006-2010), Bachelet authorised the free distribution of Levonorgestrel, better known as the morning after pill, by government health centres to all girls and women over the age of 14 who requested it. But its actual distribution still depends on the ideology of mayors, who are responsible for public health centres in their jurisdictions.

The morning after pill came too late for Francisco and Daniela. When she enrolled in the university, “we got pregnant,” she told IPS. The couple thought about it long and hard, but they lived with her parents and Francisco only worked part-time.

“I felt like it was cutting her life short, her dreams, her prospects,” said Francisco, who somehow managed to scrape together the 600 dollars for the abortion.

Now, at the age of 35, they have a little girl. But they remember it as a traumatic incident, “because it was clandestine, unsafe and unjust.”

Although the legalisation of therapeutic abortion was one of Bachelet’s campaign pledges, abortion remains a taboo subject in Chile. Many are afraid of the political consequences in this country of 17.8 million people, where more than 65 percent of the population is Catholic.