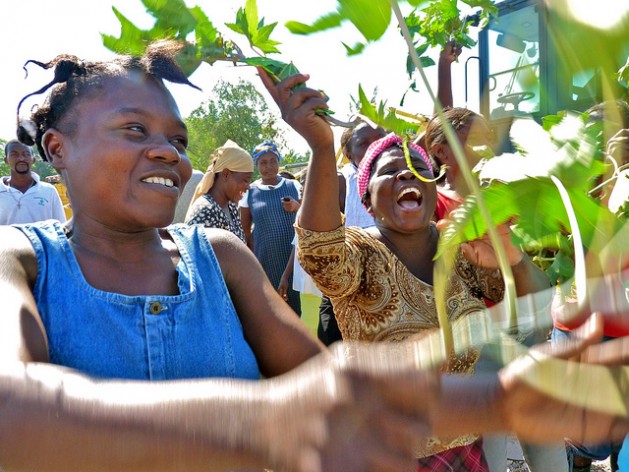 UNITED NATIONS, Oct 31 2014 (IPS) - Can violence against women be prevented or eliminated with a new international treaty signed and ratified by the 193 member states of the United Nations?

Rashida Manjoo of South Africa, the U.N. Special Rapporteur on Violence Against Women, told the General Assembly last week the absence of a legally binding agreement represents one of the obstacles to the promotion and protection of women’s rights and gender equality.

"I'm all for the practical measures...but no more legal conundrum, please. Women around the world already have law and policy-fatigue. What they want to see is implementation." -- Mavic Cabrera-Balleza

“A different set of laws and practical measures are urgently needed to respond to and prevent the systemic, widespread and pervasive human rights violation experienced largely by women,” she told delegates.

But women’s groups and non-governmental organisations (NGOs) took a more cautious approach to a new treaty.

Sanam Naraghi-Anderlini, co-founder of the International Civil Society Action Network (ICAN), told IPS, “In principle, the idea of stronger and more specific legislation is a good one.”

Clearly, laws, norms and policies are critical to shifting practices and changing attitudes.

“However, we know they are not enough. There are many countries — from the United States to members of the European Union and beyond, such as Pakistan — where laws exist, but violence against women continues in many spheres of life in diverse forms and at horrendous rates,” she said. “So legislation has to come with other pillars and elements to ensure effective implementation.”

Dr. Palitha Kohona, a former chief of the U.N. Treaty Section, told IPS there needs to be substantial international support, not only for a treaty text to be eventually adopted, but even for negotiations to commence – perhaps following a U.N. resolution.

“The promoters of a treaty will have to convince the international community there is a real need for such a legal instrument,” he said.

He pointed out this will involve ensuring the existing international legal instruments are inadequate to address the issues that the promoters of a new treaty seek to address.

“It is also well known that while laws can be useful for modifying social and community attitudes, it would take more than an international instrument to bring this abhorrent behaviour to an end.”

He said humanity must stand up and condemn violence, in particular gender-based violence, “and we are experiencing too much of it in our world today.

“As one philosopher observed, we inhabit this planet only for a short period. Why hurt another during this brief existence?” he added.

Mavic Cabrera-Balleza, international coordinator at the Global Network of Women Peacebuilders, told IPS the elimination of violence against women is already well-covered in the Convention to Eliminate All Forms of Discrimination Against Women (CEDAW) and its General Recommendations, adopted by the U.N. General Assembly back in 1979.

“Why do we need another law?” she asked. “I do not see any added value in having another treaty on the same issues. If anything, we run the risk of undermining CEDAW that women around the world fought for. It already has almost universal ratification.”

Cabrera-Balleza said there is no point lobbying governments again. “And with many conservative governments in power, there is very little chance to get another law ratified,” she added.

Furthermore, the current international instruments we have that promote and protect women’s rights, women’s empowerment and gender equality were mostly achieved through the global conferences of the 1990s.

“We don’t have that global momentum anymore. There will never be a World Conference on Women again in the same magnitude and impact as the 1995 Beijing Conference,” she said. “I’m all for the practical measures…but no more legal conundrum, please. Women around the world already have law and policy-fatigue. What they want to see is implementation.”

ICAN’s Naraghi-Anderlini told IPS: “We cannot deny the cultural or ‘religious’ backlash against the so-called progressive agenda on women’s rights.”

In societies where patriarchal norms are dominant – and that’s pretty much everywhere – and women are considered to be men’s property, the social conservatives can easily tap into traditions and cultural norms to generate a backlash against increasing women’s rights.

“We are seeing external forces (e.g. Saudi-based religious ideology, the Catholic Church, etc) being proponents of more conservative rulings and practices,” she pointed out.

At a minimum therefore, new laws have to come with tailored messaging – via respected outlets – be that media, law enforcement, recognised and respected national figures or community or religious leaders, to challenge those norms.

She said there has to be effective training and equipping of the local law enforcement/services to be able to implement the new legislation (e.g. provide care for victims, protection for those who come forward etc) – and police officers have to be held accountable for their actions or inactions or transgressions.

It would also be interesting and innovative to see a grounds-up accountability mechanism introduced, she said.

For example, she said, would the United Nations be willing to support a Women’s Security Campaign where local women’s organisations/groups are given the technical/financial and political support needed to reach out to police/law enforcement/local community leaders and together devise a charter that binds the authorities to ensuring they protect women from violence?

And will the national police force and its local chapters be willing to sign up to a charter in which they promise to protect women who are reporting cases of violence, promise not to violate/rape/harass etc. witnesses/victims, prevent further violence, etc.?

“If they agree to sign such a charter, than it is a social compact made with local actors who can hold them accountable. If they don’t or they try to water-down the conditions, it is indicative of a deep lack of political will or commitment to women’s security,” she declared.

U.N. Special Rapporteur Manjoo told the General Assembly last week that despite progress, there is continuing and new sets of challenges hampering efforts to promote and protect the human rights of women.

This she pointed out, is largely due to the lack of a all-inclusive approach that addresses individual, institutional and structural factors that are a cause and a consequence of violence against women.

Making a case for a new treaty, she said that with a specific legally binding instrument there would be a protective, preventive and educative framework reaffirming the international community’s assertion that women’s rights are human rights and that violence against women is a pervasive and widespread human rights violation, in and of itself.