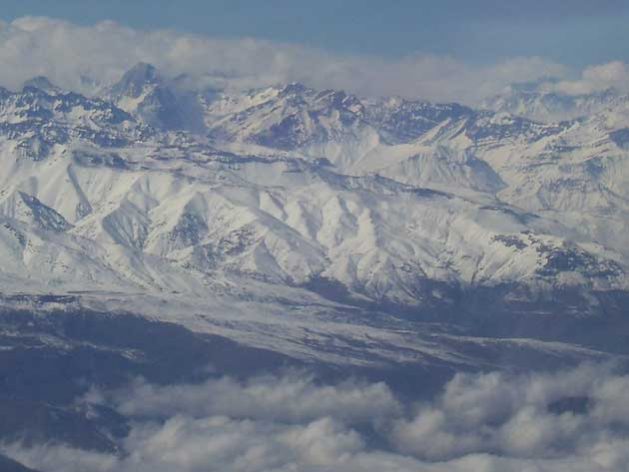 The glaciers of the Andes Mountains are threatened by global warming. Credit: Julieta Sokolowicz/IPS

ROME, Dec 16 2019 (IPS) - By any measure this has been a devastating year: fires across the Amazon, the Arctic and beyond; floods and drought in Africa; rising temperatures, carbon emissions and sea levels; accelerating loss of species, and mass forced migrations of people.

As seen through the eyes of IPS reporters and contributors around the world, 2019 will be remembered as the year the climate crisis shook us all, and hopefully also for the fight back manifested in the spread of mass protests and civic movements against governments and industries failing to respond.

Calls to combat the climate emergency were ringing in the ears of delegations from nearly 200 countries at the annual UN climate summit that opened in Madrid on December 2. Yet despite warnings that the planet is reaching critical tipping points, fears remained that the two weeks of negotiations would end in that familiar sense of disappointment and an opportunity missed.

“Do we really want to be remembered as the generation that buried its head in the sand, that fiddled while the planet burned?” declared U.N. Secretary-General António Guterres.

But the heads of government of the world’s biggest emitters were notably absent, including Donald Trump of the US, China’s Xi Jinping and Russia’s Vladimir Putin.

Brazilian President Jair Bolsonaro, who refused to host the meeting, also stayed away rather than face a hostile reception. Protests against the fires sweeping Brazil’s Amazon rainforest and the government’s encouragement of deforestation are spreading around the world, especially in Europe. Youth is the new face of activism as inspired by Swedish teenager Greta Thunberg and others.

In one of many scientific surveys ringing alarm bells in 2019, a landmark report by IPBES, the Intergovernmental Science-Policy Platform on Biodiversity and Ecosystem Services, warned that more than one million animal and plant species are now threatened with extinction, many within decades.

The climate crisis and species extinction are twin challenges with far-reaching consequences. IPS this year covered how drought in some areas of Africa is leading to re-runs of famine and migration.

The expanding Sahara desert is breaking up families and spreading conflict. The Sahel on the southern edge of the Sahara is the region where temperatures are rising faster than anywhere else on Earth. Projects such as the U.N. Convention to Combat Desertification’s Land Degradation Neutrality project aimed at preventing and/or reversing land degradation are some of the interventions to stop the growing desert.

Relief workers warned in November that more than 50 million people across southern, eastern and central Africa were facing hunger crises because of extreme weather conditions made worse by poverty and conflict.

While much of the Horn of Africa, Zambia and Zimbabwe are being ravaged by drought, small island states, especially in the Pacific, are sinking beneath rising sea levels or becoming more vulnerable to hurricanes and typhoons.

Irregular migration is on the rise, and has driven thousands to their deaths on hazardous journeys. The thousands drowned crossing the Mediterranean has led to projects like Migrants as Messengers in Guinea launched by the International Organization for Migration (IOM) which recruits returnees to raise awareness of the dangers.

People smugglers make money out of migrants with scant regard for their safety while other vulnerable people, especially women and girls, fall into the hands of exploitative human traffickers. As a major source of migrants heading towards the United States, Central America is an impoverished region rife with gang violence and human trafficking – the third largest crime industry in the world. Human trafficking has deep roots in Guatemala, Honduras and El Salvador for decades and, as IPS has reported this year, it increasingly requires a concerted law enforcement effort by the region’s governments to dismantle trafficking networks and help women forced into sexual exploitation.

Over 40 million people are estimated to be enslaved around the world. Presenting her report to the Human Rights Council in Geneva, UN expert Urmila Bhoola pointed out that servitude will likely increase as the world faces rapid changes in the workplace, environmental degradation, migration and demographic shifts. 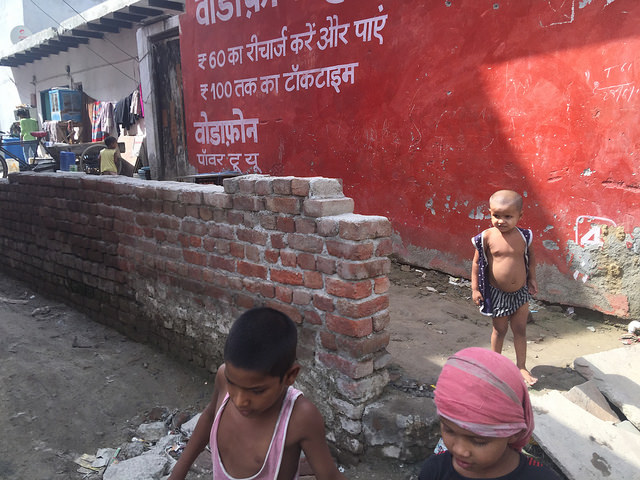 Children from rural areas and disempowered homes are ideal targets for trafficking in India and elsewhere. Credit: Neeta Lal / IPS

Eradicating modern slavery by 2030, one of the UN Sustainable Development Goals, would require the freeing of 10,000 people a day, Ms Bhoola reported, citing the NGO Walk Free.

The UN refugee agency UNHCR says more than 70 million people are currently displaced by conflict, the most since the Second World War. Among them are nearly 26 million who have fled their countries (over half under the age of 18). But the response of many countries has been to erect barriers and walls.

And the plight of some one million Muslim Rohingya refugees, driven out of Myanmar into Bangladesh, shows little sign of resolution. Paralysis at the U.N. Security Council, where veto-wielding China can protect its interests in Myanmar, has triggered interventions by both the International Criminal Court and the International Court of Justice which are expected to sit in judgment over the atrocities.

Bangladesh is already struggling with the impact of severe cyclones in November and, as recently reported by IPS, long-term projects are helping its own climate migrants achieve food security. Because of government interventions in agriculture, Bangladesh has already achieved sufficiency in food. According to the Food Sustainability Index 2018 of the Barilla Centre for Food and Nutrition (BCFN) many farmers have substantially reduced fertiliser use and increased yields.

The SDGs made a solemn promise to eradicate hunger and extreme poverty by 2030, and that cannot be achieved unless the world’s smallholder farmers can adapt to climate change.

But since 2016 global numbers of hungry people have been on the rise again. In September a welcome $650 million of funding reached CGIAR, a partnership of funders and international agricultural research centres and formerly known as the Consultative Group for International Agricultural Research.

At the other extreme, April is Reducing Food Waste Month in the United States, as efforts mount to reduce food loss and waste, and deal with growing obesity. For the U.S. and 66 other countries BCFN has produced a food sustainability index profile that dives into all the relevant sectors, ranging from management of water resources, the impact on land of animal feed and biofuels, agricultural subsidies and diversification of agricultural system, to nutritional challenges, physical activity, diet and healthy life expectancy indicators.

The Global Commission on Adaptation Report, launched in October, says the number of people who may lack sufficient water, at least one month per year, will soar from 3.6 billion today to more than 5 billion by 2050. Climate change has a disproportionate impact on women and girls who bear the brunt of looking for water.

Nutrition is the best investment in developing Africa, experts say, with evident correlation between countries with high levels of children under five years of age who are stunted or wasted and the existence of political instability and/or frequent exposure to natural calamities. The nutritional situation is worrying in Africa, Busi Maziya-Dixon, a Senior Food and Nutrition Scientist at the International Institute for Tropical Agriculture (IITA), told IPS with research showing all forms of malnutrition, including stunting, wasting, and obesity, are growing. “We need to educate our governments to link nutrition to economic development and prioritize nutrition.”

Overall investment in Africa continued to gather pace in 2019, however. Amid IMF warnings of a “synchronised slowdown” in global economic growth, 19 sub-Saharan countries are among nearly 40 emerging markets and developing economies forecast to maintain GDP growth rates above 5 percent this year. Particularly encouraging for Africa is that its present growth leaders are richer in innovation than natural resources.

Small steps can bring big results by simply getting together. In September Manila hosted the first ever global forum for people with Hansen’s disease, commonly known as leprosy. Participants from 23 countries across Africa, Asia, Latin America and the Caribbean shared common challenges at the forum organised by The Nippon Foundation (TNF) and Sasakawa Health Foundation (SHF). Last week in Bangladesh, the country’s National Leprosy Programme, in collaboration with the TNF and SHF brought together hundreds of health workers, medical professionals and district officers to discuss the issue under the theme “Zero Leprosy Initiatives”. Prime Minister of Bangladesh Sheikh Hasina who opened the Congress said, if special attention is given to its northern region and the Chittagong Hill Tracts, it is quite possible to declare Bangladesh a leprosy free country before 2030.

All in all however, the SDGs are in trouble, with the U.N. Secretary-General warning in July that a “much deeper, faster and more ambitious response is needed to unleash the social and economic transformation needed to achieve our 2030 goals”. A 478-page study by independent experts drove the message home.

Lastly, as 2019 draws to a close, let’s pay tribute to all those reporters around the world who have bravely covered these issues, spreading knowledge and defending press freedoms despite obvious dangers and more insidious campaigns of vilification.