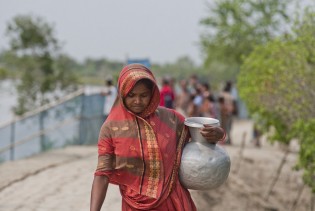 By Naimul Haq
Jahanara Begum, a 35-year-old housewife, is surrounded by thatched-roof homes, all of which are partially submerged by floodwater.

By Vesna Peric Zimonjic
Waters have receded in Serbia after the worst flooding the country has seen in 120 years, and something new has surfaced, apart from devastated fields and property – censorship of the internet.
Next Page »
ADVERTISEMENT ADVERTISEMENT