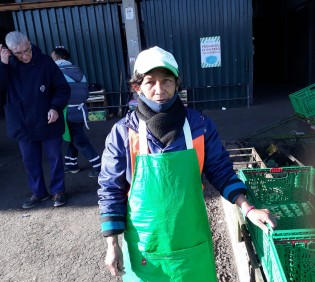 By A. D. McKenzie
Before one reaches the premises of the Società Recupero Imballaggi (SRI), the smell in the air announces that this company in the southern Italian region of Campania deals with waste.

By Silvia Giannelli
Capannori, a rural town in the Italian province of Lucca, in Tuscany, boasts a proud history. Six years ago, it became a trendsetter and leader, not just in Italy but throughout all of Europe, as the continent's first Zero Waste town.

By Constanza Vieira
Nora Padilla, one of the six winners of this year’s Goldman environmental prize, dedicates her days to organising informal recyclers in the Colombian capital, where the city’s eight million inhabitants are just now reluctantly starting to classify their garbage at source.

By Fabiana Frayssinet
A Brazilian designer has taken fashion from the exclusivity of the catwalk to the reality of the favela, to demonstrate that styles, trends and fads are also born in these poor neighborhoods of cities like Rio de Janeiro.
ADVERTISEMENT ADVERTISEMENT