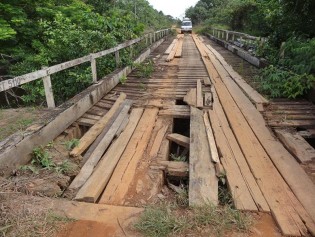 By Stella Paul
It was 8.45 pm, and a 22-year-old woman was looking for a cab to go home after a trip to a city mall in India’s Hyderabad city. A cab arrived, and the unsuspecting computer engineer got in, little knowing she was stepping into a trap.

By Mario Osava
Edson Godinho, a truck driver with 35 years' experience, was lucky this time. When he reached the southeastern port of Santos in early April, the line of waiting trucks was much shorter than it had been earlier, so he only had to wait 12 hours to unload his soybeans.

By Desmond Brown
Eighty-year-old Rupert Lawrence has been living in the Dominica capital, Roseau, for nearly 60 years. Like visitors to the island, he too is fascinated by the fact that the town square has a river running right through its centre.