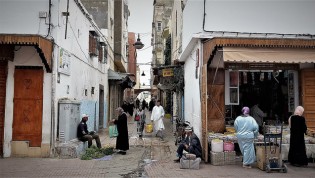 By AJ Correspondents
Saudi authorities rounded up more than 4,000 illegal foreign workers at the start of a nationwide crackdown ultimately aimed at creating more jobs for locals, media reported on Tuesday.

By Carey L. Biron
A long-awaited legislative proposal to reform the United States’ immigration system is sparking frustration on both the left and right here, but is widely being seen as a centrist compromise bill that will now energise all sides as debate in Congress begins Friday.

By Rebecca Hanser
Undocumented immigrants have played a significant role in recovery efforts since Hurricane Sandy swept the northeast United States one month ago. But despite their contributions, they have been left in the storm's wake with little financial, legal or moral support.
ADVERTISEMENT ADVERTISEMENT