SALVADOR, Brazil, Dec 8 2011 (IPS) - The man who played a key role in the design of Brazil’s successful food security policies believes it is possible to eradicate hunger in the world, and intends to try by promoting “a simple idea.” 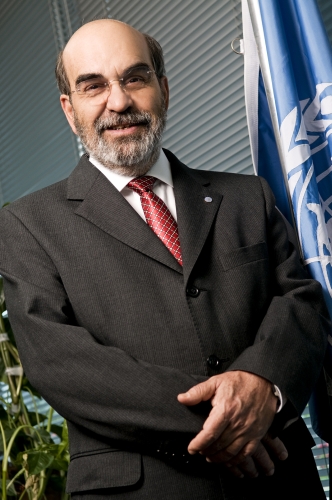 In this interview with IPS, former Brazilian minister of food security José Graziano da Silva, who takes over as the new director general of the U.N. Food and Agriculture Organisation (FAO) on Jan. 1, says that what is needed is an increase in political commitment, the mobilisation of even modest resources, and the adoption of absolute rather than relative targets.

The Millennium Development Goals (MDGs – a series of development and anti-poverty targets adopted by U.N. members in 2000) aim to halve the proportion of hungry people in the world by 2015 – a relative goal that is hard to get people to mobilise behind, says Graziano da Silva.

Citing the experience of Brazil’s Zero Hunger programme, he says everything invested in the fight against hunger is good business.

Graziano da Silva, an agronomist and economist, also says the fight against agribusiness led by social movements like Vía Campesina, the global movement of peasants and small-scale farmers, has a “crippling” effect.

There is no contradiction between small-scale agriculture and agribusiness, he argues, saying “a large part of family agriculture today is involved in the agribusiness food chain.”

Q: The number of hungry people in the world is about to climb over one billion. What will be your main approach to eradicating hunger, as the head of FAO?

A: My idea is quite simple. Three elements must be combined. First, a political commitment to eradicating hunger is needed in the poorest countries.

I plan to start a consultation with countries suffering lengthy crises, poor food importers – especially in Africa, and some in Asia – to get them to assume this political commitment and to mobilise resources. Because those countries do have resources.

Brazil’s experience shows that whatever is spent on this is rapidly recovered – any investment in fighting hunger has extraordinary returns.

In the case of anti-hunger spending in Brazil, the consumption cycle immediately brings back revenue in taxes, and the expenditure leads to the generation of jobs and incomes. In FAO, we are going to help these countries draw up feasible plans and help come up with the resources to finance them.

The second question then is to mobilise national resources and involve not only the FAO, but also the World Food Programme (WFP) and the International Fund for Agricultural Development (IFAD).

And third: We have to go beyond the Millennium Development Goals. Because it is very hard to mobilise people politically behind a target like “cutting the proportion in half.” Absolute goals are needed.

I think these three conditions are feasible, and can enable FAO to effectively return to its core goal of eradicating hunger.

Q: Agriculture is facing several dilemmas, including the impact of climate change and land degradation. What approach do you plan to take to these problems?

A: One of the five pillars of my campaign was to promote more sustainable development in terms of production and consumption: a doubly green revolution.

One example is your country, Argentina, where between 90 and 95 percent of grains are planted by direct seeding, without tilling the soil. That reduces erosion to a minimum. One of the big problems in tropical agriculture is the loss of soil and the advance of desertification, due to the intensive use of machinery.

Because of price and access limitations in terms of chemical fertilisers, we have found ways to replace them with natural fertilisers and compost. So there are a number of technologies in developing countries that practice tropical agriculture.

Another pillar of my campaign is increased South-South cooperation.

Q: Large-scale export agriculture and the vast fields of crops (soybeans, oil palm, or industrial tree plantations) that cover ever-growing areas of land compete with food production. What is your take on these challenges?

A: Unfortunately, some social movements have a viewpoint that is detrimental to themselves, and to a certain extent, crippling: the idea that family agriculture and agribusiness are mutually exclusive, are competitors.

Agribusiness is more about marketing. The concept emerged in the United States in the 1950s to lobby Congress for more farm subsidies, and involved sectors that supplied inputs for processing industries and for the entire food chain.

In that sense, it is a unifying concept, and I think that a large part of family agriculture today is involved in the agribusiness food supply chain. There is no way to avoid moving in that direction. That is why the idea of combating that model seems to me like it has a crippling effect.

It would make a lot more sense for family farmers to fight for the development of local markets, where fresh, nutritional food – which cannot be sold on the international market – is in demand.

In Latin America we have beans throughout Central America, and cassava in Brazil, as staple foods, while the Andean countries have quinoa and amaranth.

Not everyone eats meat. There are other kinds of animal and vegetable proteins that have been lost.

That reduction in variety – 80 percent of the global population depends on wheat, corn, rice or soy as the basis of their diet – is a huge threat to the world population, especially because things are moving in the direction of a diet made up of cereals, fats and oilseeds.

And obesity is a serious problem because it affects more than one billion people worldwide. Expanding the food base with diversified production in family agriculture that supplies local markets seems to me a positive route that does not clash with agribusiness.

Q: The expansion of food crops for the production of agrofuels has contributed to driving up prices. Critics also say that as monoculture crops, they contribute to environmental imbalance, like sugar cane in Brazil, palm oil in several Latin American and Asian countries, or corn in the United States. What is your position on this?

A: I’m going to use the rhetoric of (former Brazilian President Luiz Inácio Lula da Silva) in his 2008 speech in a FAO meeting. He said biofuels is a generic term; lots of things fit under that umbrella. And as in the case of cholesterol, you have to separate the good from the bad.

There is one biofuel that affects food prices: corn, because it is the basic ingredient in many food supply chains. FAO studies show that it has an impact because it affects prices of other products, including soy, since the markets are interconnected.

There is also an impact on oilseeds, like rapeseed in Germany, because of competition for water and with other natural resources. In Malaysia there are fears that expansion of oil palm plantations will destroy natural biodiversity.

But biofuels don’t generally have an impact on prices. That has been proven in the case of sugar cane in Brazil. First of all, because it is not on such a huge scale – just three percent of the land is used for ethanol produced from sugar cane. And second, because the sugar cane circuit in Brazil does not compete with the agri-food sector. It has its own channels.

Not everyone has the same availability of land and water to produce biofuels. In FAO we carried out a country-by-country study in Latin America, which is how it must be done, and found that there are four countries that could expand biofuel production without affecting food security: Argentina, Paraguay, Brazil and Colombia.

These countries have an adjustment variable which is the great modern secret, if you will: the transition from extensive to intensive livestock systems, which frees up enormous amounts of land and water and significantly curbs pressure on forests and jungles from the expansion of the agricultural frontier.

It is a radical paradigm shift. These are countries that have integrated livestock and agricultural production like in Europe, the United States, or parts of the pampas (in Argentina).

Q: Another new issue is land grabbing by companies and even governments of other countries in Africa and other regions of the developing world. What are your views on this phenomenon?

A: We just completed a study in 17 countries in Latin America according to which, in terms of volume, the impact is significant in Argentina and Brazil. Other countries feel the problem in border areas, but as a consequence of population movements that happened a much longer time ago. That includes Paraguay and Uruguay, which are affected by Brazil’s expansion in soy agribusiness.

But we didn’t come across evidence in other countries. We did find, however, great concern on the part of countries and governments, in terms of the need for legislation that allows them to keep order in their territories. For example, in southern Chile we see companies that purchase large tracts of land to preserve woodlands or block the construction of hydropower dams or roads.

Countries have to update their land laws, many of which were copied from the United States of the 18th century, when legal conceptions were aimed at keeping the people of one country from populating the border regions of another. But that conception is no longer in line with the mobility of capital we see today.

Countries ask FAO for help in designing other mechanisms to ensure control over their territories, such as a database. The great majority of nations in this region don’t even have information about who is buying land.

Q: What was the purpose of expanding and reforming the Committee on World Food Security?

A: The aim was to attract sectors that until now were civil society observers, to allow them to express themselves in the fight against hunger in the same conditions as countries, and the same goes for the private sector – the two components that are joining the Committee as a result of the reform. All of these sectors must be included in the struggle, which has to be global.

This has just started, but now there is a deadline for getting to know each other and finding the path to take. The reform was tardy, and there is tremendous pressure to respond immediately with more concrete actions.