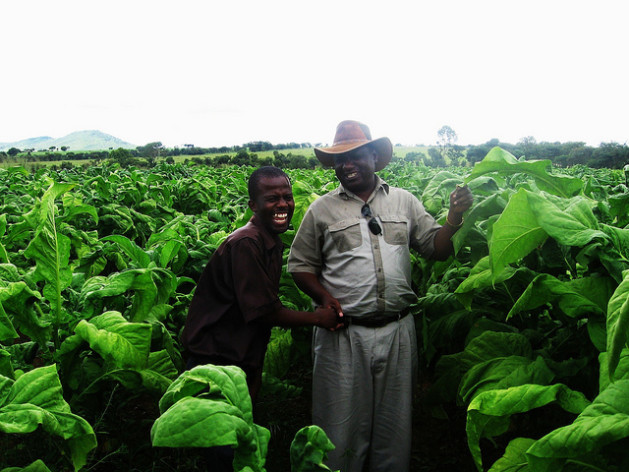 ROME, Jun 14 2013 (IPS) - As the United Nations prepares to launch an ambitious post-2015 development agenda, the message from one of its Rome-based agencies is unequivocal: the eradication of hunger and malnutrition should remain a high priority when the current Millennium Development Goals (MDGs) end in 2015.

In its flagship annual report released here, the Food and Agriculture Organisation (FAO) acknowledges that the world has made some progress on hunger and malnutrition, but stresses there is still “a long way” to go to resolve the lingering crisis.

FAO Director-General Jose Graziano da Silva is adamant: “We must strive for nothing less than the eradication of hunger, food insecurity and malnutrition.”

The only effective answer to food insecurity is political commitment at the national level, reinforced at the regional and global levels by the international community of donors and international organisations, he says.

As examples he cites the Committee on World Food Security and the Zero Hunger Challenge initiated by U.N. Secretary-General Ban Ki-moon.

Ban has singled out the “spectacular” economic growth in some countries that has made possible to cut extreme poverty in half.

“But the tide of prosperity has not lifted all boats,” he says. “To succeed before the end of 2015, we need a concerted effort focused on support for smallholders and better nutrition for women and children.”

Meanwhile, the FAO report The State of Food and Agriculture (SOFA) says “the social and economic costs of malnutrition are unconscionably high.”

The numbers are staggering: 3.5 trillion dollars – or 500 dollars per person – in lost productivity to the global economy.

Vitamin and micronutrient deficiencies, along with obesity and overweight, are largely responsible for the loss in productivity and the high cost of health care.

“But this will not just happen, (because) a series of important measures must be taken for hunger to be eradicated,” he added.

These include political and economic measures, in addition to appropriate governance mechanisms, he said.

“We refer to the eradication of hunger in the narrow sense – not food insecurity and micronutrient deficiencies. We do not really discuss ‘poverty eradication’ as suggested in your questions. What do we mean by hunger eradication?” he asked.

In a more narrow sense, people who suffer from chronic hunger are those who do not have enough to eat to lead healthy and productive lives, according to FAO’s definition of “undernourishment”.

There are about 868 million people who suffer from chronic hunger (undernourishment) due to insufficient dietary energy (calories).

It should be noted that the “hunger line” is conservatively defined in terms of the calories needed for a sedentary lifestyle, Sundaram added.

The ZHC deals not only with hunger in the above sense, but also seeks to eliminate stunting due to micronutrient deficiencies, ensure agriculture that is sustainable, minimise food waste and losses, and double poor farmers’ incomes.

In terms of key measures, Sundaram said explicit political commitments to eradicate hunger must be backed up by resources, whether these are commitments at the G8/G20 global level, or at the national/regional level, such as the Maputo Declaration in which African nations committed 10 percent of GDP to be invested in agriculture.

Evidence-based and inclusive governance mechanisms, with appropriate accountability measures, must also be in place, he said.

Sundaram said enacting appropriate hunger eradication policies and investment programmes requires that the interests of the poor, most vulnerable and marginalised are adequately represented.

This is necessary in order to ensure that their specific needs and concerns are addressed, that progress is monitored, policies updated, lessons learned are applied, and decision-makers and other stakeholders – including civil society and the private sector in addition to governments – are held accountable for the achievement of agreed objectives and targets.

On the question of resources, FAO estimated in 2011 (with a 2009 reference year) that 50.2 billion dollars of public investment is needed annually for the world to eradicate hunger by 2025, a sum to be complemented by private investment.

Lastly, on lessons learned – and linked to the question of poverty reduction – the 2012 State of Food Security in the World (SOFI) examined a number of success stories in hunger reduction and concluded that “economic growth is necessary but not sufficient to accelerate reduction of hunger and malnutrition”.

This joint publication by FAO, the World Food Programme (WFP) and the International Fund for Agricultural Development (IFAD) examines about half a dozen issues for successful hunger reduction, including the need to involve and reach the poor; the emphasis on agricultural growth involving smallholders, especially women; the need for “nutrition-sensitive” agricultural development; the need to ensure that social protection mechanisms are in place and an overall conducive environment for pro-poor, long term economic growth.