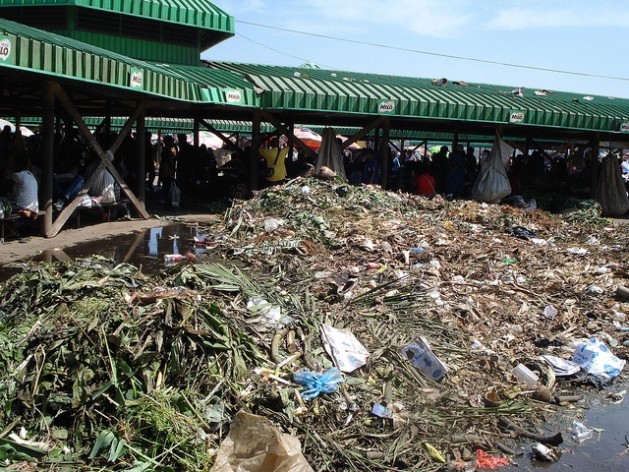 UNITED NATIONS, Jun 13 2013 (IPS) - With less than three years before a 2015 deadline, the developing world is largely expected to miss one of the U.N.’s key Millennium Development Goals (MDGs): halving the number of people living in extreme poverty and hunger.

Despite limited progress, there are still more than 1.4 billion people – out of a total global population of over seven billion – who live below the poverty line of 1.25 dollars and on the razor edge of starvation.

"On the quicksand of development, predictions are dangerous.” -- Ambassador Ernest Corea
The Food and Agriculture Organisation (FAO) has, however, identified at least 16 countries that have already reached the 1996 World Food Summit’s goal of halving the total number of undernourished people.

“This was made possible by the priority the government has set on ensuring the right to food and polices it has implemented,” says FAO Director-General Jose Graziano da Silva.

Meanwhile, in a report released last month, a high-level panel of eminent persons has projected a 2030 deadline to eradicate extreme poverty and hunger from the face of the earth.

But how realistic is this new deadline?

Ambassador Ernest Corea, who served for nearly 19 years on the staff of the World Bank’s secretariat for the Consultative Group on International Agricultural Research (CGIAR), told IPS: “On the quicksand of development, predictions are dangerous.”

Two missed monsoons could upend whatever progress has been made towards reaching this goal, he noted.

“Still, it is better to reach out towards a worthwhile objective than to do nothing at all.”

Hunger is a cruel and debilitating scourge. Malnutrition, often the by-product of hunger, causes the deaths of three million children per year, he added.

“Reversing this tragic situation is a goal worth striving for,” said Corea, a former Sri Lankan ambassador to the United States.

Dr. Joan Russow of the Canada-based Global Compliance Research Project told IPS one of the reasons for the failure of the MDG1 might have been because the urgency was not effectively communicated by using the word “halving”.

The goal should have been “eradicating extreme hunger and poverty and then delineating the drastic means to do so,” she said.

“It will only be possible to do so in 2030 if the global community drastically alters current global practices,” said Russow, a longtime peace and environmental activist.

These include, at a minimum, prohibiting land grabs for biofuel production around the world; establishing a global ban on genetically engineered food and crops, promoting organic agriculture and instituting a fair and just transition for farmers and communities affected by the ban.

Additionally, she said, there should be a ban on the production and use of pesticides such as neonicotinoids, which have been destroying the world’s honeybee population.

“However, silver bullet policy solutions, for instance suggesting foreign investment in agriculture will result in food security, ignore the unprecedented land rush over the last five years to grab the natural resources – land, water, forests – that the poorest depend on for their livelihoods.”

He said: “We know there are enough resources to feed everyone; it is therefore possible to eradicate hunger by 2030.”

However, this would require a major overhaul of current food security and development policies, which would have to focus on supporting the livelihoods of the rural poor in developing countries, protecting their rights to land and access and control over natural resources and promoting sustainable production methods.

Corea pointed out it would be a worthwhile exercise for a small working group convened by the FAO to review the record of the 16 countries and determine what common policies and practices among them contributed to their success.

Was it good governance? A crackdown on corruption? The development through research of enhanced sustainable productivity? Something else?

The findings of such a review would be invaluable to other countries.

Russow told IPS there are also other urgent issues that have to be resolved in order to eradicate hunger by 2030, including climate change.

She said there should be a substantial reduction in greenhouse gas emissions – primarily by conserving carbon sinks, ending subsidies to fossil fuel industries and by seriously phasing out the production and use of fossil fuels and abandoning an animal-based diet in favour of a vegetarian diet.

She also called for a substantial reduction in global military budgets, and investments in socially equitable and environmentally sound transportation, and energy, such as wind, solar and geothermal power.

Russow said there should be a revoking of the charters of transnational corporations, which, in pursuing unsustainable exploitative development, have destroyed food security around the world.

And the world should abide by the legally binding International Covenant on Social and Economic Rights, reaffirming that everyone has the right to be free from hunger and enshrining the right to food and drinking water.

She said it is necessary to move away from the over-consumptive model of consumption and towards an effective programme of conservation, coupled with a serious reduction of the ecological footprint.

Additionally, Russow said, there should be a cancellation of the “devastating debt of developing states”, and the abandoning of structural adjustment programmes by the International Monetary Fund (IMF) and the elimination of the World Bank’s ill-conceived projects.