UNITED NATIONS, Jun 26 2013 (IPS) - Women around the world are exposed to domestic violence, sexual and economic exploitation, gender-based violence, female genital mutilation and child marriage. For indigenous women and girls, however, the risk of being victims of such issues is especially high.

In light of this fact, the Philippines-based Tebtebba Foundation advocates for indigenous peoples’ rights, working to ensure that the U.N. Declaration on the Rights of Indigenous Peoples (UNDRIP) is properly implemented. 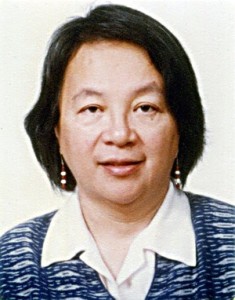 In an interview with IPS, Victoria Tauli-Corpuz, executive director of the Tebtebba Foundation and chair of the Asia Indigenous Women’s Network, discussed how indigenous women and girls can confront discriminatory practises and how the international community can support them in doing so.

Tauli-Corpuz also worked as lead consultant on the report “Breaking the Silence on Violence Against Indigenous Girls, Adolescents and Young Women“, a joint effort of different U.N. agencies aiming at addressing “the ‘statistical silence’ around violence against indigenous girls and women”.

Q: In some cultures, women’s submission to men and acts of violence against women and girls are seen as part of the cultural tradition. How can this idea be addressed?

A: Violence against women and girls is a violation of human rights and should not be tolerated in any way, even through qualifying it as “part of local tradition” or as something “cultural”.

Violence is experienced by individual women, although there are situations which make women that belong to a particular group, such as an indigenous people, who are at higher risk of suffering from violence because of historical and current situations of colonisation, domination, racism and discrimination.

If there are cultural practises that promote violence against indigenous women and girls, these should be severely criticised and changed.

"If there are cultural practises that promote violence against indigenous women and girls, these should be severely criticised and changed."
-- Victoria Tauli-Corpuz

Q: How can effective measures against violence be implemented in indigenous groups in which the internal hierarchy of family and social obligations are particularly important?

A: Measures to address violence against indigenous women and girls can be effectively implemented if state agencies and non-governmental organisations (NGOs) take certain steps.

They can help strengthen indigenous women’s organisations to address this issue, document and monitor this phenomenon, and help local governments to implement gender and culturally sensitive ways of handling this issue and to develop programs with budgets.

A: Colonialism, which is linked with patriarchy, has deprived indigenous women of their basic human rights to own and control their own lands, territories and resources. It has perpetuated racism and discrimination against indigenous women to the point where some of them deny their indigenous identities and try to emulate the colonisers’ ways.

This is just one way women internalise their oppression, which makes them highly vulnerable to trafficking and prostitution.

Alcoholism and drug dependence have also been used by colonisers to dehumanise indigenous men, and colonial patriarchy has reinforced or promoted machismo among the men. These are factors that lead to violence against indigenous women and girls.

Colonisers’ efforts to extract minerals, oil and gas from indigenous territories also led them to build enclaves where male workers live and prostituted women are brought in.

Q: Sometimes the state exacerbates factors that lead to violence against women and girls and can even perpetrate some forms of violence itself, such as with discriminatory policies or culturally insensitive education and health services. In these cases, what can bodies of the United Nations do?

A: The United Nations can help facilitate possibilities and opportunities for indigenous women to use U.N. treaty bodies, like the Convention on the Elimination of All Forms of Discrimination against Women (CEDAW) or the Committee on the Rights of the Child (CRC), or the Human Rights Committee, to file complaints against discriminatory policies and programmes of states.

Q: The U.N. report “Breaking the Silence” is based on the assumption that violence against indigenous girls and women should be addressed as a specific problem, within but distinct from the phenomenon of violence against women in general. Does this approach risk putting a label on these women? How can it help tackle the problem?

It is also to clarify that indigenous women generally do not agree that culture or tradition should be used to justify the violence they suffer from and to highlight that the people who are most effective in dealing with this issue are indigenous women and girls who are empowered to assert their rights as women and as indigenous persons.