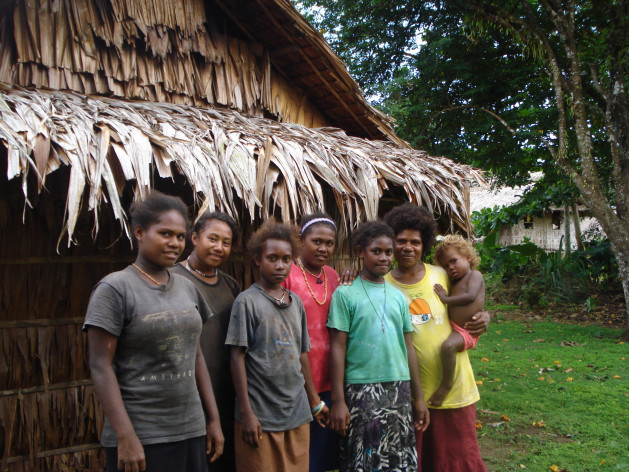 AUKI, Malaita Province, Solomon Islands, Dec 1 2013 (IPS) - Logging is the largest industry in the Solomon Islands, an archipelago located northwest of Fiji, where 80 percent of the islands are covered in tropical rainforest. But, although timber accounts for 60 percent of this South Pacific nation’s export earnings, most local communities have experienced no beneficial development.

And when the social costs for those who live in the vicinity of logging camps includes greater inequality, increased alcohol abuse, the undermining of traditional governance and violation of human rights, such as the commercial sexual exploitation of children, there is reason for people to claim that their lives have got worse.

Today seven Malaysian logging companies operate near the village of Huahai, home to 500 people in the rural Arekwa region of Malaita Island in Malaita Province. But the community, which has been surrounded by timber extraction for a decade with new operators arriving every year, has had enough.

“They invite girls aged 13 to 14 years to the logging camps. Sometimes they say they are going to see movies, but we don’t know what happens,”

“The companies are benefitting, but they are destroying our community’s resources,” Maddlyn Maelofa, Mothers Union leader for the Arekwa region, told IPS in Huahai.

But Maelofa’s most ardent concern is for the fate of children and young girls in the village.

“They [the loggers] invite girls aged 13 to 14 years to the logging camps. Sometimes they say they are going to see movies, but we don’t know what happens,” she said.

Maelofa is aware of at least 10 girls who are involved, and many of them have become pregnant.

“I also saw a woman take her teenage daughter to a logging ship,” she continued. “The ship came to pick up the logs and the woman went to sell [prostitute] her daughter.”

Sexual exploitation of minors by foreign logging workers has been identified in four of the nine provinces in the Solomon Islands, namely Makira, Isabel, Western and Malaita.

In 2007, the Church of Melanesia’s Christian Care Centre (CCC) in the capital, Honiara, published a report on the issue in Makira Province. Based on a study of 12 villages and 41 individual interviews, it documented 73 children who had been subjected to sexual exploitation and 12 who had been sold into marriage to migrant logging workers. Half of them were below the age of 15 years. Child prostitution was prevalent in every community with victims between 11-19 years and girls or families receiving rewards of cash or goods.

A spokesperson for the Malaita Council of Women highlighted that one tragic consequence was increased teenage pregnancies and a growing generation of fatherless children. Many families cannot afford to provide for the illegitimate children, she said, especially when workers returned to their home countries and left the girls behind.

In the 1990s international logging companies gained numerous concessions in the country as political instability followed the outbreak of a civil conflict which would last five years from 1998 to 2003. Timber extraction, dominated by companies from South East Asia, soon reached unsustainable levels, feeding the demand for natural resources by rapidly developing Asian economies.

Corruption, limited government resources for monitoring logging operations and a scarce police presence in remote rural areas of the Solomon Islands have contributed to corporate impunity.

However socio-economic hardship and lack of education in remote island communities with 23 percent of the population living below the poverty line are also factors in exploitation.

According to the CCC report, “overseas loggers presented an opportunity for young people to access money and goods which would normally be out of their means.” The prospect of families receiving money was also found to be significant in parents failing to prevent exploitation.

Other issues include early marriage and custom of bride price, which involves the awarding of money or goods to the family of a girl promised in marriage. An estimated 3 percent of children are married by the legal age of 15 years in the Solomon Islands and 22 percent by 18 years.

Aaron Olofia, chairman of the Child Protection Sub-Committee, Ministry of Health in Honiara, told IPS that a Taskforce Against Commercial and Sexual Exploitation of Children (TACSEC) was established to respond to the report’s recommendations, which included improving awareness among communities, empowering children and parents, building more effective local support services and consulting with logging companies.

“We engaged with communities and logging camps,” Olofia claimed. “Communities agreed to set up small working groups comprising chiefs and church leaders to explore how best to address the issue.”

The Taskforce approached several companies that subsequently introduced penalties to workers found to be involved in child exploitation consisting of a fine of 10,000 dollars and forced return to their home country. Due to lack of funding, TACSEC has been unable to follow up on implementation.

Existing laws in the Solomon Islands prohibit the defilement of girls below 13 years and the luring of females below 15 years for prostitution. A review this year of the penal code for sexual offences by the Law Reform Commission recommends that further criminal offences should include acting as an agent to induce a child to engage with commercial sexual exploitation, receiving a benefit from child prostitution or exploitation and permitting it to occur by a parent or child-carer.

Longden Manedika, director of the Solomon Islands Development Trust (SIDT), a national NGO, also believes that women and girls must be given more meaningful and empowered roles in village decision-making and rural development.

Community development of bylaws to protect human rights in communities before logging companies enter an area is advocated by the Malaita Council of Women, as well as improvement of literacy in rural communities and delivering awareness of child exploitation in local schools.

The people of Hauhai village have also explored sustainable economic alternatives to timber extraction.  Nearly three-quarters of people in the village are now employed by locally run coconut enterprises.

“We make coconut oil and export it,” Maelofa explained. “Those who own the factory sell it, but those who grow coconuts also benefit, because they sell their fruit to the factory.”

The community now sees no reason for logging to continue in their area.

“Last year a company tried to come and operate here and they [the chiefs] did not allow it, so the company left,” Maelofa recounted. “Our chiefs don’t allow logging to come here now.”