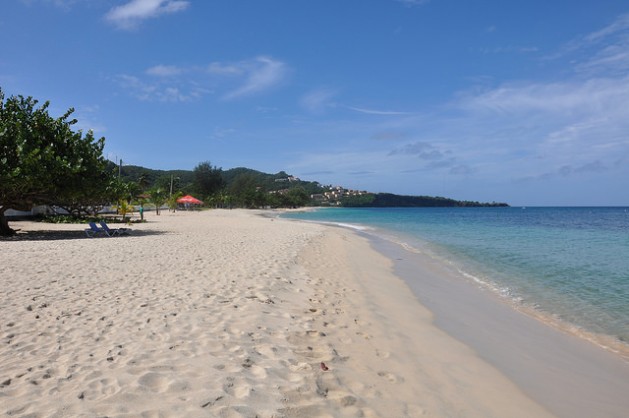 GEORGETOWN, Guyana, Jun 15 2015 (IPS) - With less than six months to go before the next full United Nations Conference of the Parties also known as COP 21 – widely regarded as a make-or-break moment for an agreement on global action on climate change – Caribbean nations are still hammering out the best approach to the talks.

The Caribbean Community’s (CARICOM) Director of Sustainable Development, Garfield Barnwell, said “the region’s expectations are extremely sober” with regards to COP 21, scheduled for Paris during November and December of this year. This is due to the poor response from the major emitting countries in addressing the issue of climate change.

“An ideal 2015 agreement for the Caribbean would be one that first and foremost addresses the global rate of emissions and if that could be as close as possible to 1.5 degrees stabilisation of the global emissions level,” Barnwell told IPS.

“If there are commitments on the part of the major emitters meeting their commitments; and also if the international community would acknowledge the importance of adaptation and that they would provide adequate resources for all developing countries to address their adaptation needs, certainly that would be a good starting point with regards to further discussions in addressing the serious challenge of dangerous climate change.”

Barnwell said the region has been taking stock of what has been happening at the global level with regards to greenhouse gas emissions and “great concerns” remain concerning the responses from the major emitting countries.

He pointed to “the lack of action in meeting the commitments made in the past” on the climate change issue.

“The expectation is that there would be a number of announcements with regards to how the major emitters plan to meet their goals with respect to the expected discussions, but the (countries of the) region do, to a large extent,  have a measured level of expectation regarding the Paris talks in December.”

Caribbean countries are also trying their utmost to seek the mobilisation of resources to more aggressively implement their adaptation programmes at the national level.

“However, it must be stated that the impact of both temperature rises and precipitation levels poses serious challenges for our survival as a region and a national security (concern) to many of our member states given that most of us are either islands or most of our populations and social and economic infrastructure reside on the coastal belt which brings into focus the issue of sea level rise which is of great concern to all our member states.”

Climate change poses significant challenges to the natural resource base of the Caribbean, with most countries having resource-based economies including tourism where there is great reliance on the sea in terms of the beaches which are a major source of attraction.

Some countries are also primary producers of agricultural crops, and the agricultural sector, like tourism, is significantly affected by climate change.

“We have a problem with regards to rising sea levels in terms of the oceans coming more inland and that poses a challenge not only for the beaches but also for the hotels and the airports that to a large extent are roughly about three centimetres away from the sea in many of our islands,” Barnwell said.

“For those agriculture-oriented economies in the region, we also face challenges associated with the change in temperatures and also the precipitation rates with regards to patterns with respect to planting, with respect to reaping of our products. All these are significant problems with regards to how we have been living and the kinds of activities we’ve been engaged in. So climate change poses significant challenges for our region in terms of our livelihood and our survival,” Barnwell added.

At the just ended two-week Climate Change Conference in Bonn, Germany, Caribbean negotiators maintained the pressure to limit global warming to below 1.5 degrees Celsius above the pre-industrial level.

They noted that limiting global warming below 1.5 degrees Celsius instead of 2 degrees Celsius would come with several advantages, including avoiding or significantly reducing risks to food production and unique and threatened systems such as coral reefs.

The Caribbean negotiators also requested that the Intergovernmental Panel on Climate Change (IPCC) ensure that the lowest marker scenario used in its 6th Assessment Report is consistent with limiting warming below 1.5 degrees Celsius.

Chairman of CARICOM and Prime Minister of The Bahamas Perry Christie said as a result of the impacts of climate change, the Caribbean Community Climate Change Centre (CCCCC), which spearheads the technical work for CARICOM on this issue, estimates the cost of global inaction in the sub-region to be approximately 10.7 billion dollars per year by 2025 and that this figure could double by 2050.

He said the Caribbean is urging parties that have made pledges towards the initial capitalisation of the Green Climate Fund (GCF) to enter into their contribution agreements with the GCF as soon as possible and scale up their contributions in line with the pledge for 100 billion dollars per year by 2020.

“Another significant threat is linked to the projected impact of climate change on public health, through an increase in the presence of vectors of tropical diseases, such as malaria and dengue, and the prevalence of respiratory illnesses.

“These diseases will affect the well-being and productivity of the workforce of the sub-region and compromise the economic growth, competitiveness and development potential of the Caribbean Community,” he said.

Meantime, Dominica’s Prime Minister Roosevelt Skerritt, who chairs the Organisation of Eastern Caribbean States (OECS), said they are constantly reminded that the power to bring about the desired change in the global climate system rests with those countries that are the biggest contributors to greenhouse gas emissions.

“We in the OECS are among the smallest of the small and despite or negligible contribution to greenhouse gas emissions, we are on the frontline as the most vulnerable to the impacts of climate change,” Skerritt told IPS.

“For us, climate change and its related phenomenon are issues affecting our very survival and can be viewed as a matter of life and death.

Skerritt said they have adopted this posture in the knowledge that climate change has absolutely no regard for political status and that it impacts, with equal severity, the islands and low-lying and coastal regions regardless of political or sovereign status.