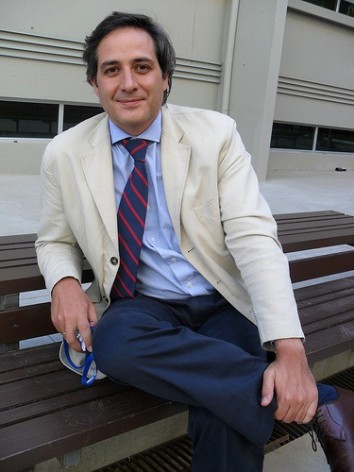 VALPARAÍSO, Chile , Nov 26 2012 (IPS) - The hunger suffered by 49 million people in Latin America could be eradicated by 2025, according to Spanish agricultural engineer Ricardo Rapallo.

He said it is possible because the region produces more food than it consumes. And family farming, a major supplier of food and jobs, must be one of the pillars of that effort, said Rapallo, coordinator of the Hunger-Free Latin America and Caribbean Initiative, which is supported by the United Nations Food and Agriculture Organisation (FAO).

Although the statistics show that progress has been made – in 1990 there were 65 million hungry or malnourished people – poverty is one of the main problems standing in the way of doing away with hunger, he noted.

Moreover, to guarantee food security, production must be adapted to climate change, Rapallo told IPS in this interview in Valparaíso, a city on the Pacific coast in central Chile.

Central America and the Andes highlands in South America are the most vulnerable parts of the region to climate change, Rapallo said.

Q: Is it possible to eradicate hunger in the region?

A: The latest figures presented by FAO indicate that there are about 49 million malnourished people – 10 percent of the population of Latin America and the Caribbean.

We believe it is possible to eradicate hunger. This region produces more than it needs, it’s not a problem of production, and it’s not a technical problem. The countries in the region have developed capacity and experience, and have human and financial resources.

But the challenge is clearly big; we still have statistics that are not in line with the region’s level of economic growth and resources.

Q: Latin America is seen as one of the world’s breadbaskets. What are the problems standing in the way of further progress?

A: This region is a producer of food that contributes to the global food system. The problems are many, and vary from country to country.

This is the world’s most unequal region. And there are countries that do not have the fiscal capacity or the budget to develop public policies that measure up to the magnitude of the problem, with a rights-based approach and an effort to change structural conditions, to give a boost to the elimination of hunger in the medium term.

Q: Poverty reduction and eradication of hunger go together. Which countries in the region have made progress in these areas?

A: They are two factors that feed off each other. Where there is poverty, there are hungry people, and where there is hunger, there is generally poverty. All social policies must focus on the vulnerable population. And education and health policies are also essential.

Nicaragua, for example, is one country that is advancing towards the Millennium Development Goals (MDGs – a series of anti-poverty and development targets set by world leaders in 2000).

Guyana, in the English-speaking Caribbean, Brazil and Peru have also made significant advances. But much work still has to be done in the countries of Central America, like Honduras and Guatemala, as well as in Bolivia and Paraguay.

Q: How does the Hunger-Free Latin America and Caribbean Initiative work?

A: The initiative was promoted in 2005 by the leadership and vision of then presidents
(Óscar) Berger of Guatemala and (Luiz Inácio) Lula da Silva of Brazil. It brings together all of the countries of the region behind the goal of eliminating hunger in Latin America and the Caribbean within one generation, by 2025.

It was born of the experience of those two countries, which have made hunger a political priority to which the state is committed. FAO is the technical secretariat of the programme.

Q: Were the experiences of Brazil and José Graziano with the Zero Hunger Programme key to the creation of this initiative?

A: In 2005 the issue was not such a central focus in many countries in the region. Brazil’s spirit is clearly strong in the initiative, because it was one of the first to recognise the problem and to develop multisectoral actions to tackle it.

Q: Since Graziano became director general of FAO, what are the organisation’s new guidelines?

A: The initiative is now active in Africa, as a result of Graziano’s efforts. FAO has 60 years of history, and in the 10 months since Graziano has been director general, new visions and proposals have begun to emerge, many of them emerging from the Brazilian, and Latin American, model.

In December, FAO will present its five strategic objectives, which are a reflection of the vision of the emerging countries of the South with respect to the fight against hunger. Reducing malnutrition and food insecurity; a strong political commitment; and governance and public policies on food security are the three main focal points.

A: Our emphasis is on understanding how climate change could affect the most vulnerable populations.

Small farmers tend to be the most vulnerable, because they live with uncertainty in their production planning. Price swings affect smallholders and poor urban consumers, who dedicate a large part of their incomes to buying food.

Q: How can small-scale producers and family farmer adapt to these changes?

A: Progress is being made in the region with new, adapted varieties and technologies, and great emphasis has to be put on mechanisms of technological adaptation to these varieties for small producers as well.

Family farmers are especially vulnerable to climate change because their production is based on the climate, and they have the lowest level of access to innovation. And on the other hand, they are major producers of food and suppliers of jobs in the region. Emphasis has to be put on developing public policies with family farmers in mind.