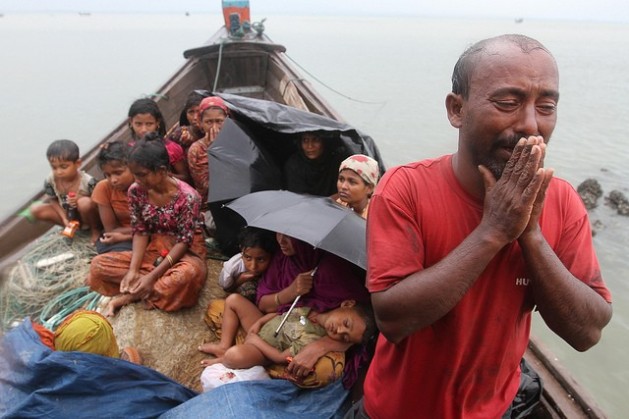 UNITED NATIONS, Jun 16 2014 (IPS) - Holy men and their holy books have etched a trail of tears and blood in the annals of human history. From the depths of peaceful temples, mobs have been dispatched with flaming torches; from steeples and minarets messages of hatred have floated down upon pious heads bent in prayer. For too long religion has incited violence and fueled conflict.

But a new alliance is seeking to turn that tide by bringing adherents of different faiths together, to overcome – through dialogue – the chasm between ‘Your God’ and ‘My God’ in the hopes of achieving a truly interreligious international community.

“There is no such thing as a religious conflict,” Faisal Bin Abdulrahman Bin Muaammar, secretary-general of the intergovernmental organisation KAICIID, said at a media briefing in New York last Wednesday.

“Religion rejects conflict. Violence in the name of religion is violence against religion.”

“[F]aith-based organisations collectively comprise the largest civil society enterprise in the world.” -- Hillary Wiesner, KAICIID’s director of programmes
Based in Vienna, KAICIID (the King Abdullah Bin Abdulaziz International Centre for Interreligious and Intercultural Dialogue) is comprised of a Council of Parties made up of the governments of Austria, Spain and Saudi Arabia, with the Holy See as a founding observer.

Its board of directors includes religious leaders from five leading world religions (Christianity, Islam, Judaism, Hinduism and Buddhism), who together seek to foster a bottom-up process of engaging and empowering local faith-based organisations and religious leaders in peacekeeping, conflict prevention and development.

The centre estimates that eight out of every 10 people in the world identify with some form of organised religion and most all of them are likely to classify themselves as peace-loving individuals.

Sadly, according to Bin Muaammar, politicians and extremists have ‘hijacked’ the inherently tolerant and peaceful nature of religious practice for their own – often violent and divisive – ends.

Only through sustained dialogue, he said, can people be empowered to overcome their fear of the ‘Other’, and work towards a more inclusive and tolerant world.

KAICIID’s entrance onto the global stage is highly opportune; according to a new study by the independent Pew Research Center – which covered 198 countries, accounting for 99.5 percent of the world’s population – social hostilities involving religion are on the rise in every continent except the Americas. 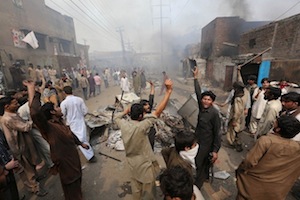 Half of all countries in the Middle East and North Africa experienced sectarian violence in 2012, bringing the total global average of countries facing such hostilities to 18 percent, up from eight percent in 2007.

In a single year, between 2011 and 2012, the number of countries experiencing a very high level of religious hostilities went from 14 to 20. Six of those countries – Syria, Lebanon, Bangladesh, Thailand, Sri Lank and Burma – experienced relatively few hostilities in 2011 compared to 2012.

Things also worsened for religious minorities, according to the study, with 47 percent of the countries studied reporting incidents of targeted abuse of minorities, up from 38 percent in 2011.

“In Buddhist-majority Sri Lanka, for example, monks attacked Muslim and Christian places of worship, including reportedly attacking a mosque in the town of Dambulla in April 2012 and forcibly occupying a Seventh-day Adventist church in the town of Deniyaya and converting it into a Buddhist temple in August 2012,” the report’s authors said.

A bleak picture, but one that can easily be changed, according to KAICIID, whose secretary-general met with U.N. chief Ban Ki-moon last week to outline possible collaborations between the world body and the intergovernmental group towards the goal of stemming religious violence.

On paper, the U.N. is already committed to the issue of inter-faith understanding and peace through dialogue. Agencies like its Alliance of Civilisations (UNAOC) have as their mission statement the goal of “promoting understanding between countries or identity groups, all with a view toward preventing conflict and promoting social cohesion.”

But high-level visions cannot become a reality without focused efforts to engage the grassroots, as KAICIID’s work has highlighted. Only in its second year of operations, the organisation already boasts tangible results, including a successful interfaith dialogue on the Central African Republic, where hundreds have been killed and over 500,000 displaced since the outbreak of a conflict in 2012.

“We work with religious communities from the inside, not as a secular institution from the outside,” she said, adding this approach helps foster a sense of trust between the organisation and local faith leaders.

This is crucial, she stressed, since “faith-based organisations collectively comprise the largest civil society enterprise in the world.”

According to the Katherine Marshall, executive director of the World Faiths Development Dialogue (WFDD), which attempts to bridge the gap between religion and secular development, “Between seven and 70 percent of healthcare services in sub-Saharan Africa are provided by faith inspired organisations.”

“These institutions represent the single largest service distribution system in the world,” she told IPS, adding that religious organisations are indispensable to achieving the Millennium Development Goals (MDGs), a set of poverty-reduction targets agreed upon by all 193 members of the United Nations over a decade ago.

A 2008 World Bank study found that faith-based organisations across the continent of Africa filled gaping holes left by the state. For instance, an evangelic development agency known as World Vision had a 1.25-billion-dollar aid budget for Africa in 2002.

In Malawi the Christian Service Committee of the Churches was operating with an annual budget that outstripped the government’s entire development portfolio.

And in South Africa, the Catholic Church was providing more anti-retroviral treatment for those living with HIV/AIDS in 2012 than the state.

Too often, the huge potential of religious organisations is lost in tales of the negatives, which are dominating international headlines.

“The most flagrant examples right now of the negative side of religion include issues like the anti-gay bills in Uganda and Nigeria, not to speak of religious conflicts in CAR or Mali,” Marshall said.

“This is why there needs to first be knowledgement, and then religious literacy.” She argued that too few people working in the field of development are educated on the intricacies of religious life, such as where the Conference of Catholic Bishops is being held, or the difference between a Sunni or Shi’a Muslim.

The other missing piece, she said, is the role of religious women in peacekeeping. “Women with religious links – be they nuns or Muslims – tend to be invisible […] because they don’t have formal positions but a lot of the work they do is the most important work for peace.”

As Wiesner noted, “Religion is not reducible to a subset of culture; the religious and spiritual dimensions in the lives of individuals and society are much deeper than that. We need to promote responsible ways of living out these beliefs for the betterment of all people.”