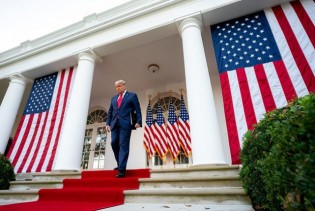 By Taina Bien-Aimé
Prostitution policies are bubbling up again in legislative circles across the United States, but few representatives seem to have much clarity on the issue. 2020 presidential candidate Senator Kamala Harris has given mixed messages on her thinking, while Bernie Sanders has said he simply has “no answer.”

The Arduous Search for Dignity Through Integration and a Pay Check

By Sejjari Mehdi
One of the most common words used by speakers during the Global Compact on Migration was “dignity”—granting migrants the dignity they deserve. As with any advocacy, there is a danger a word can lose meaning through overuse. But on the streets of Morocco the same word means a lot to migrants looking for work. And when they find it—both work and dignity—it can alter the entire migration equation.

Reactions on the Ground to the Global Compact for Migration

By Salaheddine Lemaiz
This week the famous and beautiful Moroccan city of Marrakech is hosting the intergovernmental conference on the Global Compact for Safe, Orderly and Regular Migration (GCM), accompanied by a multitude of civil society events among the city’s palm-tree-lined streets. IPS spoke with a number of participants from different backgrounds about the adoption of the GCM and what it means for the future of migration and migrants.

Want to Learn How to Save a Planet?

By Maged Srour
The agricultural sector in the Mediterranean Area is facing tough challenges and incredible opportunities at the same time: beyond a shadow of doubt, the farming sector is experiencing a critical time of change and transition towards a new era.

By Richard Waite, Daniel Vennard and Gerard Pozzi
Burgers are possibly the most ubiquitous meal on Americans’ dinner plates, but they’re also among the most resource-intensive: beef accounts for nearly half of the land use and greenhouse gas emissions associated with the food Americans eat.

By Joan Erakit
On a busy Friday afternoon, the number 1 subway train heading north through Manhattan’s Westside comes out of a dark tunnel --and if one takes a minute to release oneself from communication devices—one can catch sight of the approaching 125th street in the distance, the crosswalk buzzing with yellow cabs.

By Roberto Savio
Every day we receive striking data on major issues which should create tumult and action, but life goes on as if those data had nothing to do with people’s lives.
Next Page »
ADVERTISEMENT ADVERTISEMENT