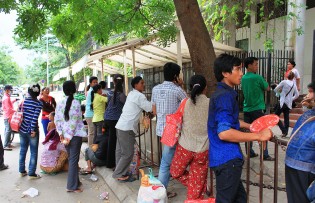 By Fabiana Frayssinet
María dos Prazeres de Souza has lost count of the number of births "without a single death" she has attended as a midwife, an occupation that there is renewed interest in strengthening in traditional communities in Brazil where state services are not available or are not entirely acceptable for cultural reasons.

By Danilo Valladares
Teenage pregnancies are on the rise in Guatemala, along with the drop-out rate in schools, family breakdown and many other related social ills.

By Marcela Valente
In Latin America, Argentina spends the most on healthcare. It has a vast infrastructure, highly qualified health professionals and the necessary material resources. But other countries in the region are achieving better and faster health outcomes with fewer resources.

By Manipadma Jena
The primitive Juang tribe in remote Nola village on Chandragiri hill experienced its first three institutional childbirths only a month ago.
ADVERTISEMENT ADVERTISEMENT