Reporters on the Frontline of Environment 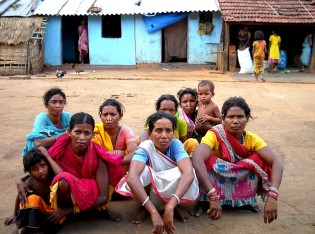 By Marwaan Macan-Markar
With Vietnam’s fertile Mekong delta threatened by rising sea levels and salt water ingress, the country’s future as a major rice exporter depends critically on research underway in the Philippines.

Will Climate Refugees Get Promised Aid?

By Marwaan Macan-Markar
With extreme weather pounding countries across a wide arc in the Asia-Pacific region, questions hover over entitlements for millions of people displaced by climate change, pledged under the Green Climate Fund (GCF) and other sources.

By Manipadma Jena
India, like other Asian countries, has focused its climate change adaptation strategies on rural and urban areas while neglecting the urban fringes, say experts.

By Marwaan Macan-Markar
As fingers of morning light slip through the mango and banana orchards of his village, Suchin Utanarat heads out in a boat to net a fresh catch from the nearby canals teeming with shrimp.

By Lee Middleton
Tucked against the rolling hills of South Africa’s Eastern Cape province, a small rural school has been turning its kitchen scraps, and agricultural and human waste into methane gas for cooking, and nutrient-rich fertiliser, and is even recycling its water.

By Marcela Valente
For the first time in over 200 years, visible progress is being made in cleaning up the Matanza-Riachuelo River basin, the most highly polluted in Argentina, although improvements remain largely superficial so far.

By Kristin Palitza
When a food crisis hits the continent, African countries tend to look to the international donor community to mobilise aid. But a fast-growing, drought- resistant tree with extremely nutritious leaves could help poor, arid nations to fight food insecurity and malnutrition on their own.

BALKANS: The Dark Side of Serbia’s Oil Shale Fairy Tale

By Malini Shankar
As the amount of protected forest dwindles rapidly in India, indigenous groups and wildlife find themselves living cheek to jowl in an increasingly contested space.

By Malini Shankar
Tucked away in a dense and ecologically diverse tiger reserve in Southern India, tribes-people and wildlife defenders are locked in a battle of indigenous peoples’ rights versus wildlife rights.
Next Page »
ADVERTISEMENT ADVERTISEMENT