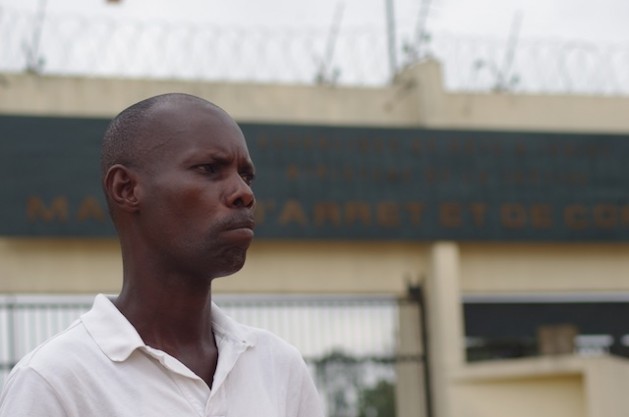 ABIDJAN, Jul 26 2012 (IPS) - Eliane Negui knew just what to do when she got word that a group of inmates had escaped from Abidjan’s main prison, MACA, earlier this month. After all, the 24-year-old, who has lived across a dirt road from the facility for nine years, had witnessed the same scenario just two months before.

Twelve inmates escaped from the prison that day, eight of whom were soon caught. The total paled in comparison to the earlier escape, on May 4, when about 50 inmates broke free from the facility, prompting a statement of concern from Côte d’Ivoire’s United Nations mission.

This West African nation is still rebuilding after six months of post-election violence sparked by the November 2010 election, when former President Laurent Gbagbo refused to step down after losing to current President Alassane Ouattara. During the violence, the country’s 33 prisons were emptied, and infrastructure and equipment was largely destroyed.

Prisons began re-opening in August 2011, and 31 are now operational. But the recovery has been marred by a rash of prison breaks. Since August, there have been 17 separate escapes involving about 250 prisoners, according to Francoise Simard, chief of the U.N.’s rule of law section.

Prior to the violence, which claimed some 3,000 lives, prison guards alone provided security at the country’s penitentiaries. These guards were armed, but there was a shortage of weapons and not all were functional, Simard told IPS.

When prisons began reopening in August, the Republican Forces of Côte d’Ivoire (FRCI), the national army, was the only security force allowed to have weapons. Soldiers began to work alongside prison guards.

More than one year after the conflict ended, prison guards are still unarmed. “The current government is very reluctant to give weapons to prison guards,” Simard said.

This reluctance underscores the lack of trust among the different security forces. Because the number of prison guards nationwide nearly doubled during Gbagbo’s 10-year tenure, there is a perception — whether accurate or not — that most guards are loyal to the old regime.

“There is a suspicious atmosphere in the prison,” said Stephane Boko, a supervisor at MACA Prision in Abidjan, told IPS. “The power no longer rests with the prison guards because they are considered to be pro-Gbagbo.”

A similar division has been evident in the broader security sector. The FRCI is largely composed of forces loyal to Ouattara, including leaders of the Forces Nouvelles rebel group, which controlled northern Côte d’Ivoire when the country was partitioned from 2002 to 2010. The government has long been wary of police and gendarmes, and in some parts of the country — notably the volatile western region — the FRCI remains the only security force with access to weapons, meaning it has taken the lead on general policing.

Recently, though, police and gendarmes have been re-armed in some places, and they now have a permanent presence in the prisons. Under a policy established after the May escape, five police officers and five gendarmes are supposed to be posted in each facility, Simard told IPS.

The presence of multiple security forces in each facility can sometimes lead to a lack of coordination. Earlier this year, for instance, some 93 prisoners were able to escape from a facility in Agboville, a town located roughly 80 kilometres north of Abidjan. In the three days leading up to the escape, Simard said, no security forces showed up to guard the prison.

Boko and other staff at MACA said they believe responsibility for protecting Côte d’Ivoire’s prisons should be returned to the guards. But Serges Kouame, head of communications for the Justice Ministry, said after the prison break earlier this month that a central command center was being established to respond to prison escapes, and that it would involve the FRCI, guards, gendarmes and the police.

Meanwhile, concerns persist about conditions facing Côte d’Ivoire’s inmates. The national prison system was dramatically overcrowded prior to the post-election violence, with more than 12,000 prisoners crammed into facilities that have a total capacity of about 5,500, according to the U.N.

The current prison population is much lower – 5,945 as of Jul. 20 — but it recently surpassed the total capacity and is rising by the week. Though Simard noted that “the situation is not as dramatic as it was before with overcrowding,” she said that certain aspects of detention conditions — among them access to food — remain problematic.

The U.S. State Department addressed poor prison conditions in its most recent Human Rights Report for Côte d’Ivoire. Though the report took note of some improvements under Ouattara, it said food provision remained “inadequate.”

This was the main complaint of Emmanuel Biandjui Diffi, a 40-year-old who was held in MACA for six months since January after he sold a plot of land to two different people.

“The conditions were OK, but the quality of the food was very poor,” he told IPS. “There was nothing in the soup – no meat and no fish.”

Diffi also complained about the prison’s policy of feeding inmates just once a day at around 2pm, something Simard said that the U.N. was pushing the government to remedy.

Diffi said the general atmosphere inside the prison was tolerable. “We were living normally,” he said. “We could play football. Some of us were working as tailors. Most of us were spending a lot of our time praying.”

But he singled out one problem that highlights just how far Côte d’Ivoire has yet to go in getting its institutions back on track: prolonged pretrial detention, something the Ouattara government has previously blamed on “a lack of judicial capacity,” according to the U.S. State Department.

More than anything, Diffi said, this issue, and the impression it left of a system that was broken, was fueling desperation within MACA’s walls.

“Most of the people in there have not been prosecuted,” he told IPS. “Some are charged, but many are not. They want to go out. They want to be released. And so they are asking for judgment.”